It’s not often you see F1 cars blasting down the streets of London, but that’s what’s happening on Wednesday 12 July – just a few days before the start of the 2017 British GP weekend.

F1 Live London will mark the first time F1 teams have completed a huge demonstration in the UK’s capital since 2004, when drivers took to the roads around Piccadilly Circus and Regent Street.

The video above features (potato-quality) footage from that event, with the likes of Nigel Mansell, Jenson Button, Martin Brundle, David Coulthard and Juan Pablo Montoya getting involved.

A vast array of modern F1 cars blasted up Regent Street and past some of London’s most famous landmarks, which definitely made for a pretty epic display.

It’s hardly surprising hundreds of thousands of people went to check it out – it made quite a change from the usual spectacle in the city (beeping horns, angry taxi drivers and bright red buses). 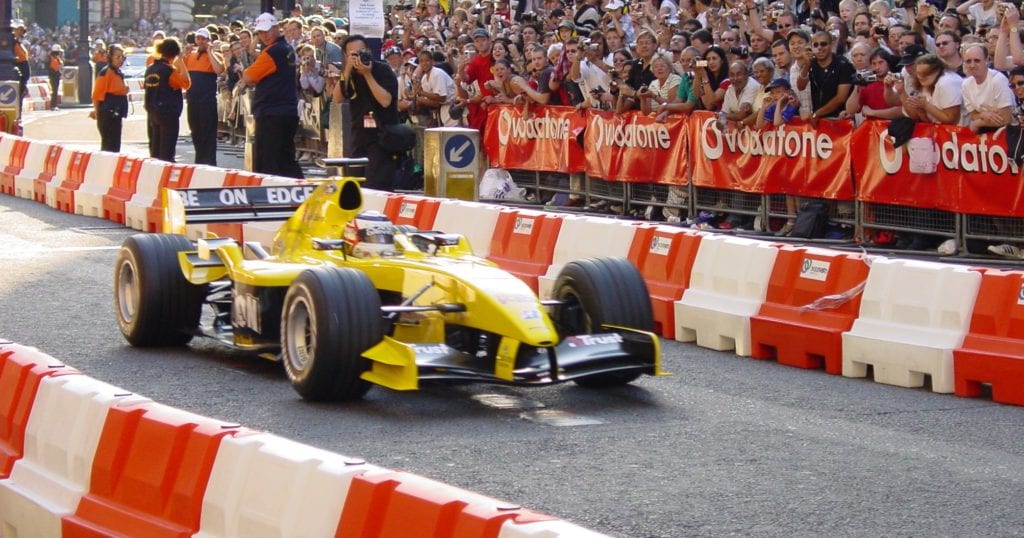