One of the most exciting elements about the latest F1 game, F1 2017, is that classic content makes a triumphant return and one of those cars is the Ferrari F2007.

Sure, it’s not “classic” in the usual sense, but the 2007 championship-winning machine is certainly one of the most famous and well-known cars in recent F1 history.

Of course, there was no official F1 game for the 2007 season, although players could give it a go in Gran Turismo 5, released back in 2010 for the now old-gen consoles.

This cool video from YouTube user PSLutonrules takes a look at just how an F1 2017 hot lap of Suzuka in the Ferrari F2007 compares to the much older GT5 game.

You can definitely see just how far racing games have come since then, the graphics, visuals, sound and handling seem so much more realistic and refined in the latest F1 game. 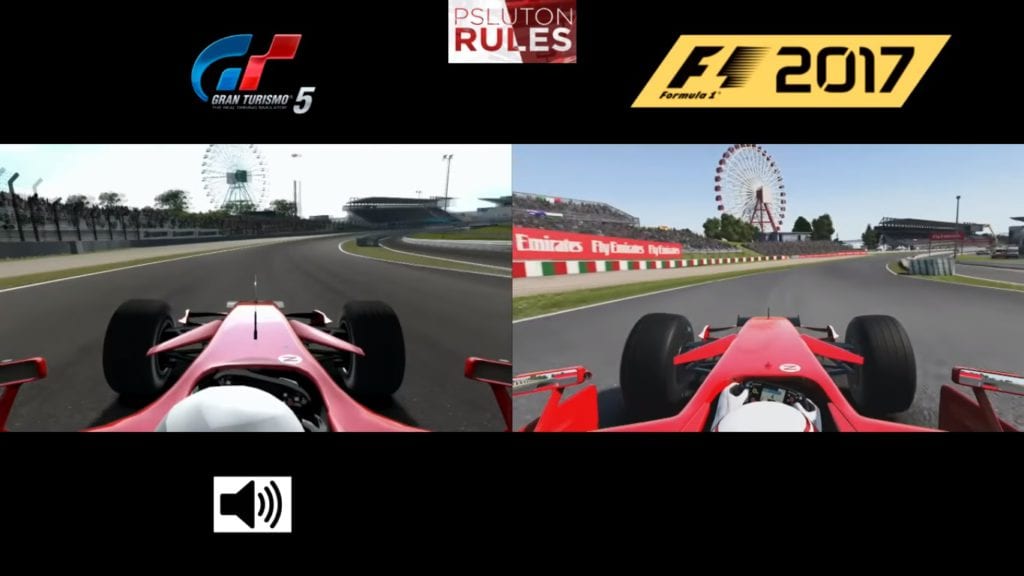