Here’s How Long Each F1 Driver Has A Contract For – WTF1
Skip to content
×
Driver News , Feature , Formula 1
11 comments

With the recent news of Sergio Perez’s contract extension at Red Bull, here’s a handy guide of how long everyone on the F1 grid has their contract for 👀

There’s still a whole load of announcements to come so keep an eye on WTF1 so you know everything that’s going on!

Hamilton will be sticking around with Mercedes until at least the end of next season!

George joined the Silver Arrows on a contract that’s been labelled as a long-term deal and has had a strong start to his first full  season with the team!

This monster deal for Verstappen means he will remain at the team until at least 2028! If he sticks to his contract, it will expire when the 24-year-old is 30 🤯

Perez has had his contract extended until the 2024 season, which he accidentally let slip during the ‘cool down room’ with boss Christian Horner after his win in Monaco. “I probably signed too early,” Checo joked.

Charles has a solid contract with Ferrari until 2024.

Sainz extended his contract with Ferrari in April of this year, sticking with the team for an additional two years!

Norris signed a mega deal to stay with McLaren until at least the end of 2025. He seems very happy within the team, has secured them plenty of podiums and so far this season outperforming his teammate.

Daniel is obviously struggling but the team are sticking with him; his career has earned him that. He has a contract until the end of next year, with the option to end it early if he wants.

Alonso’s contract expires with Alpine at the end of this season. However, in one of biggest curveball driver announcements EVER, Fernando shared that he’s going to Aston Martin from 2023 on a multi-year deal.

Alpine extended Ocon’s contract for another three years last season. He’s the perfect fit for them, a young French driver to market around. Esteban’s all set.

With Checo taking that second Red Bull seat until 2024, Gasly’s sticking with the AlphaTauri team for another year.

Yuki clearly did enough in the eyes of Red Bull to earn a contract for another year. Hopefully he can continue to learn and improve with the new era of cars with his contract due to expire at the end of this season.

Seb was on a multi-year deal with Aston Martin, and recently announced he would be retiring at the end of this year.

Unless Stroll has any big family fallouts, Lance looks set to stay for the future with his father Lawrence owning the team.

Nicky earned himself a third year at Williams alongside Alex Albon this season. He’s had a rocky start to the year and will need to pull out some spectacular performances over the next few months to convince Williams to keep him on from 2023!

Alex recently signed a new deal with Williams that keeps him with the team for 2023 and “beyond”. Albon has performed brilliantly in his comeback F1 season, after being released from Red Bull in 2020, so it’s good to see he’ll be sticking around for a good while longer!

The former Mercedes man joined Alfa Romeo for the 2022 season. Having the security of a multi-year deal is proving great for Bottas who is once again doing wonders in his machinery.

Zhou has got a one-year deal with the Alfa Romeo squad, but has had some standout moments in his rookie season so far.

K-Mag made an unexpected return to the Haas team this season. He’s not going anywhere either as the team have locked him into a multi-year deal.

Schumacher signed a two year deal when he joined Haas in 2021, meaning he’s on his last year of his contract. After two big shunts so far this season, will his contract with the team be renewed for 2023?

This article was updated on August 1st 2022. 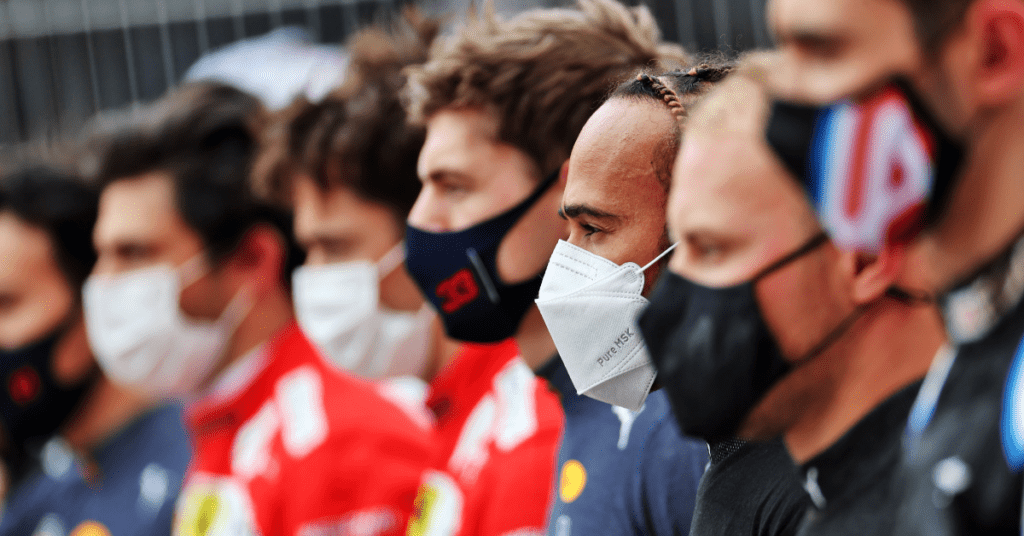