Here’s How Not To Take The First Corner At Interlagos – WTF1
Skip to content
×
Crash , GT

Here’s How Not To Take The First Corner At Interlagos

When you lose control at the high-speed entry to the Senna S chicane at the Interlagos circuit, you know you’re going to be in for a bad time.

Lucas Seripieri was putting in qualifying laps for the Porsche GT3 Cup Challenge Brazil round at the F1 track when he suffered a heavy crash.

His car spun to the left (maybe there was an issue) and hit the wall hard, before sliding across the corner and coming to rest on the other side of the track.

The front-end of the Porsche 911 GT3 Cup car was absolutely destroyed but the driver appeared to be OK after the accident. 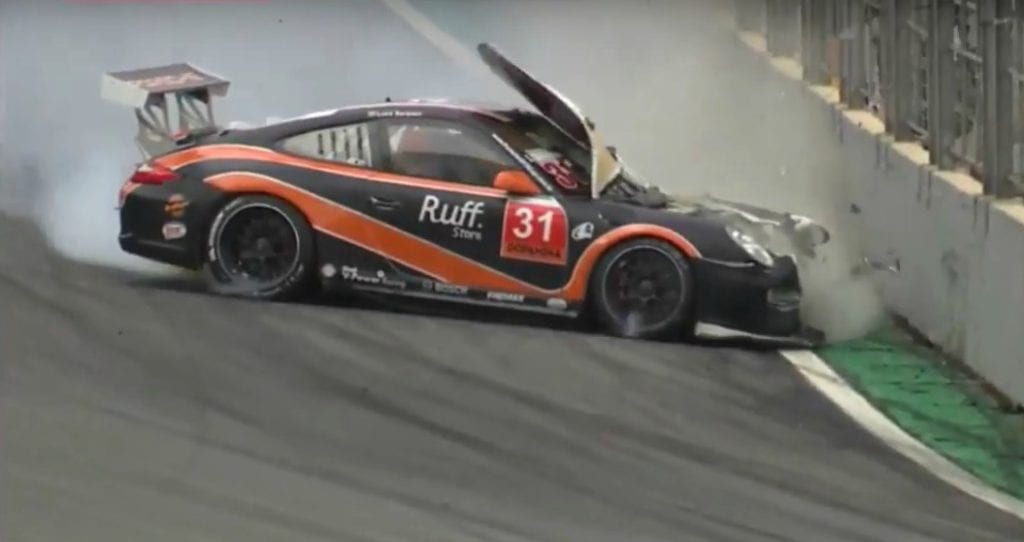