The Monaco Grand Prix is the most glamorous and glitzy event on the Formula 1 calendar, so a normal motor home isn’t going to cut it in the paddock.

Not according to Red Bull, anyway. For years, the Milton Keynes-based team has taken its swanky floating Energy Station to Monaco.

It not only features Red Bull’s already-impressive Energy Station that’s taken to the other European races, but there’s also showcars, even more space for lounging around, DJ booth and – of course – the famous swimming pool.

So, so much effort is put into building and transporting the floating Energy Station – as this video from Red Bull shows.

It is built 40 miles away in Italy, taking 21 days to create and six hours to be transported by sea to Monaco’s harbour (in two sections, which arrive separately and are then secured together).

The impressive Red Bull HQ for Monaco holds two teams (RBR and Toro Rosso), four drivers and many VIPs over the weekend. Few will probably realise the work put into creating such an amazing structure. 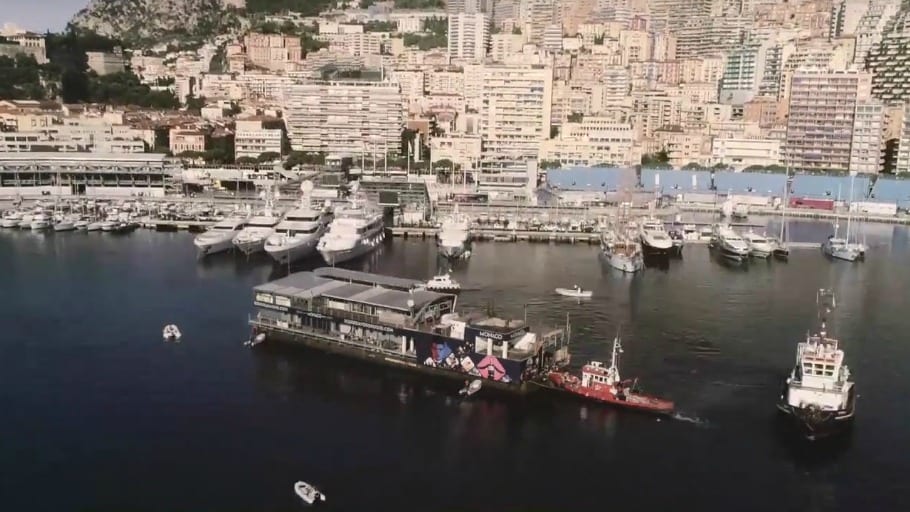