The 2017 Formula 1 cars are much faster than their predecessors due to fatter tyres, more aggressive aerodynamics and other general improvements.

We all knew lap times were going to be cut significantly this year, but that still doesn’t make it any less cool to see 2016 and 2017 pole laps compared side by side. 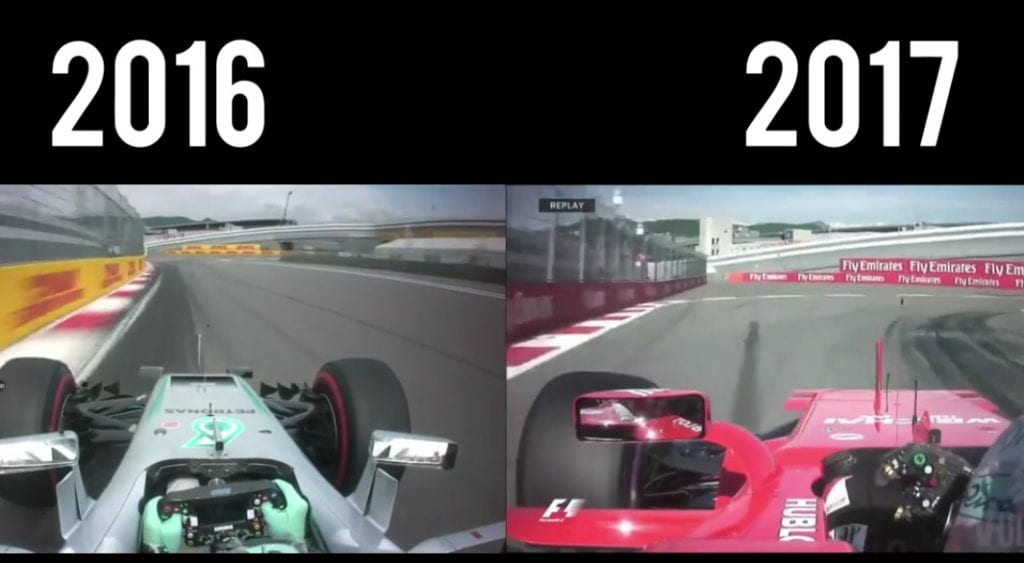