We’re well and truly into F1 silly season and that means there are plenty of rumours doing the rounds. Some are plausible, others rather less so, but what would happen if all those bits of hearsay and gossip actually came true?

We’ve taken some of those rumours and extrapolated them to come up with a fantasy grid for next season. It’d never happen of course, but as you can probably imagine, the storylines would be fantastic…

Although happy with how Valtteri Bottas is performing, Mercedes wants more and takes on Daniel Ricciardo, who got fed up of waiting for Red Bull to decide on which power units it’s going to use next year.

Then, shockingly, Lewis Hamilton decides he doesn’t want to carry on being an F1 driver any more and retires the moment he wins his fifth championship, confusing all his fans that berated Nico Rosberg for doing exactly the same thing. Luckily for Mercedes, this is the exact reason it has a strong junior programme, and simply promotes Esteban Ocon from Force India in his place.

Vettel stays on with the team, but Kimi Raikkonen decides enough is enough – though, amusingly, he forgets to tell anyone. It’s a little confusing when he doesn’t show up at the car launch, but when he’s completely absent during testing the penny drops. Ferrari realises the Iceman is gone and gives Charles Leclerc a chance.

However, there’s a problem. You’d think with Fernando Alonso being linked to so many teams that some of the rumours would be wrong, but apparently not. It turns out he’s signed deals to drive for three different teams at various points throughout in a convoluted scheme to prove himself as the best all-around driver. He does seven races for the Scuderia, with Leclerc in for the rest.

With Ricciardo off to Mercedes, Red Bull wastes no time in getting Sainz back from his loan to Renault and into a Red Bull seat. However, Max Verstappen’s consistent failures to learn from his mistakes leads Helmut Marko to give him the boot back down to Toro Rosso, promoting Gasly in his place.

Hulkenberg stays on for his third season at the team and is joined by old teammate Perez. It’s a good move for both drivers as Renault continues to march up the order and is able to occasionally challenge for podiums.

Unfortunately for the Hulk, it’s Perez who takes three third places and a second – plus an opportunistic win in Baku – during the first half of the season. Hulkenberg, meanwhile, finishes fourth 10 consecutive times and quits in his frustration at being unable to score a podium. Renault replaces him with Jack Aitken and the R.S.19 spawns full-on WTF1 livery, which instantly goes down as the best-looking F1 livery of all-time.

With Ricciardo’s move to Mercedes quickly triggering Sainz to Red Bull and Perez to Renault, Bottas moves to take a drive with Force India, the best available seat at the time. He and Ocon would have been a strong line-up, but with Ocon moving up to Merc the team quickly needed a new driver.

In the off-season Force India finally changes ownership, and is bought by sportscar team DragonSpeed. It’s good news for two reasons: firstly, DragonSpeed is an awesome name, and secondly, it brings Pastor back to F1.

He surprised everyone whilst driving for the team in the 2018/19 WEC superseason, not only winning the LMP2 championship, but single-handly dragging the team to an overall race win at Le Mans, denying Alonso once again. Because of that, he’s rewarded with a second stint in F1, to the joy of everybody. Except Alonso.

After a few underwhelming performances in 2018, McLaren drops Vandoorne in favour of Lando Norris. But, like everyone else on the grid, McLaren doesn’t realise that Fernando is driving for three teams, so has to sheepishly ask Stoffel back to cover the races where Fernando isn’t driving the MCL34.

The most convoluted line-up of all, K-Mag stays on for his third season, but the second seat is subject to the same Alonso confusion that affects Ferrari and McLaren. Fernando wanted a Haas seat because he figured racing a ‘Ferrari replica’ would be the next best thing to racing the actual Ferrari. Unfortunately, in 2019 Haas decided to replicate the 1993 Ferrari F93A and the car is awful, but that’s another story.

In the races Fernando isn’t driving in, the team gets IndyCar champ Josef Newgarden over because of pressure that the team has to have an American driver for some reason. Newgarden is very good but insists on continuing his IndyCar career, so in the races where neither he nor Alonso (who’s also doing a few IndyCar rounds) can drive, Ro-Gro comes back.

Verstappen gets a healthy dose of the Daniil Kvyat treatment and gets demoted to Toro Rosso. Meanwhile, the ridiculous rumours of Mercedes driver Pascal Wehrlein replacing Brendon Hartley turned out to be true for some reason, even though Red Bull has other drivers it could probably plonk in the car by this point – like F3 racer Dan Ticktum, or Honda-backed Nirei Fukuzumi.

Ericsson is part of the woodwork at Sauber and over the off-season it’s revealed that he actually has a 15-year-long, air-tight contract with the team, so he won’t be going anywhere soon.

With Ferrari needing to poach Leclerc at the last minute, Sauber is compensated by being given Kvyat. Sauber threatens to ‘take a season off’ in order to save on repair bills, but the Russian actually turns out to be surprisingly good without the pressure of having to please Dr Marko.

Williams has an upswing in form over the last part of 2018, but Stroll runs out of toys to throw from his pram and loses his drive at the end of the season. Rumours suggest he’s gone into business with Jacques Villeneuve to set up his own F1 team.

Sirotkin rapidly becomes a fan-favourite and develops into a solid midfield driver, retaining his place for 2019. Kubica replaces Stroll and makes his much-heralded return to a race seat. In fact, Kubica is the man credited with steering the team back towards the midfield in the first place – apparently he hid in the factory during the summer break and by the time everyone came back from their holidays, he’d developed an entirely new car all on his own. 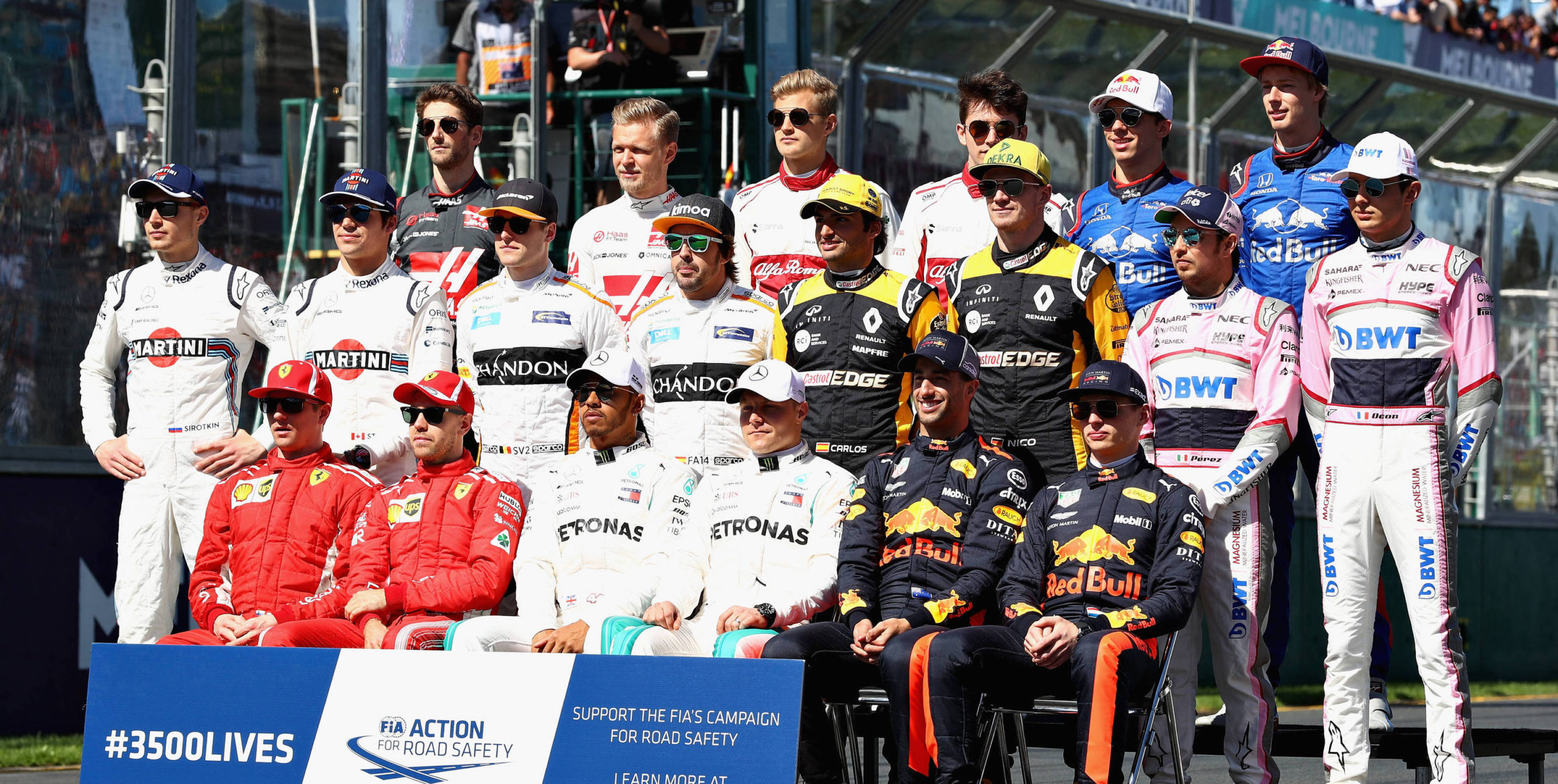