The New McLaren Is Here And It’s Orange!

McLaren-Honda became the latest team to launch its 2017 F1 car today, the MCL32.

It’s been a big day for new car releases with two of the sports oldest teams unveiling their 2017 challengers today. Ferrari showed us their new SF70H earlier today and now McLaren have shown off the first car of the post-Ron Dennis era, the MCL32.

For weeks there have been teasers and speculation that McLaren’s livery would be returning to the classic papaya orange that their cars were so famous for in the 60s and 70s and, well, it looks like this.

Yep, McLaren weren’t trolling us with those teasers – it is actually orange. Ok, so with the black as well it looks kinda like the 2006 Spyker, but who cares!

Like many of the other cars so far the MCL32 also has a thumb nose and a shark fin, and there’s some interesting aero stuff going on at the front. It certainly looks the business, but will it have the performance to match?

Double World Champion Fernando Alonso will certainly hope so as continues with the team for the third year in a row (fourth including 2007), while promising young Belgian driver Stoffel Vandoorne drives the other car in what will be his first full F1 season.

It’s also the third season of Honda’s return to F1, and they’ll be hoping that (along with McLaren) they’ve made enough gains to return to somewhere near the front of the grid. 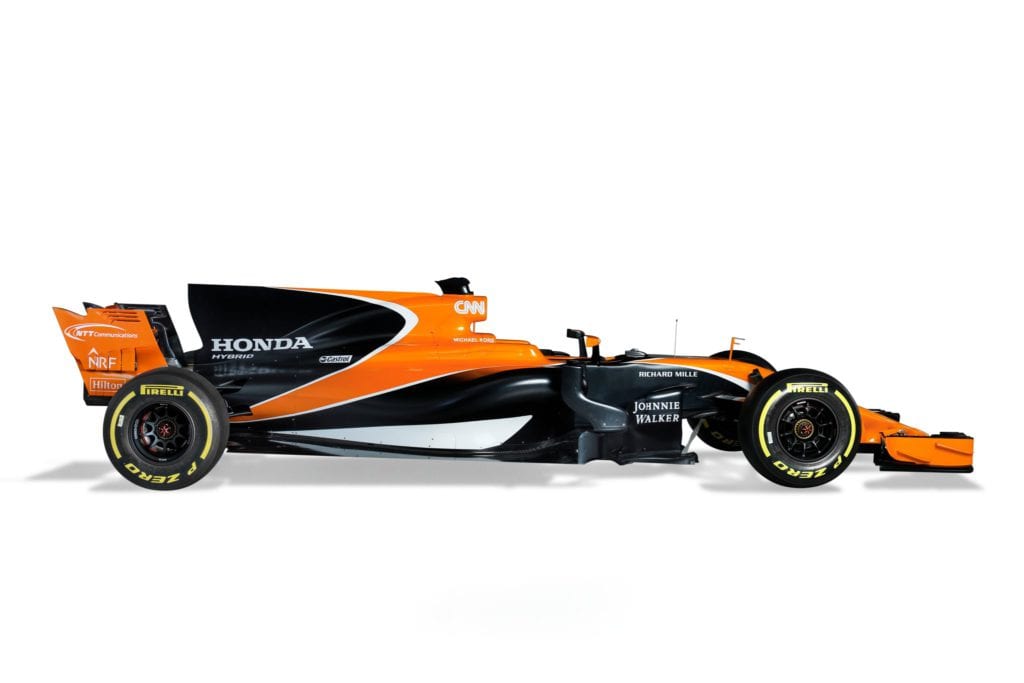