We love a special one-off livery and while it’s a bit of a shame Mercedes hasn’t done the entire car white, we’re digging the effect they’ve gone for.

While it’s predominantly white at the front, in the middle and rear of the car it’s been made to look like the paint is peeling off to reveal the now-famous silver – a nice touch, considering that’s pretty much exactly how the transition from white to silver happened.

The decision to go with white is a throwback to the days when Mercedes used to be painted white and, with it also being the marque’s 200th grand prix as a constructor this weekend, it seemed like a perfect opportunity to do something to commemorate it. A team statement says:

“This year’s race is a very special event: we’re the title sponsor of the Mercedes-Benz Großer Preis von Deutschland and the race will mark the 200th start for Mercedes in Formula 1. We will also celebrate a remarkable anniversary in Hockenheim: 125 years of motorsport.

“In 1894, the world’s first car race was held from Paris to Rouen and the winning machine had at its heart an engine manufactured to the design of Gottlieb Daimler. It was the start of a great motorsport tradition that continues to this day and we are incredibly proud to write the next chapter in this legacy. We will run a commemorative livery to pay tribute to our heritage.”

There are some other nice touches, too, such as the classic version of the Mercedes badge and even an old-school Pirelli logo. The driver numbers have returned to the traditional red, too.

OK, so from a purely aesthetic perspective, it’s probably not the most spectacular livery in the world. But it earns cool points simply because it’s a one-off livery – something F1 teams should definitely do more of. In much the same way as drivers are allowed to have one special helmet design per season, maybe teams should be afforded that same option. 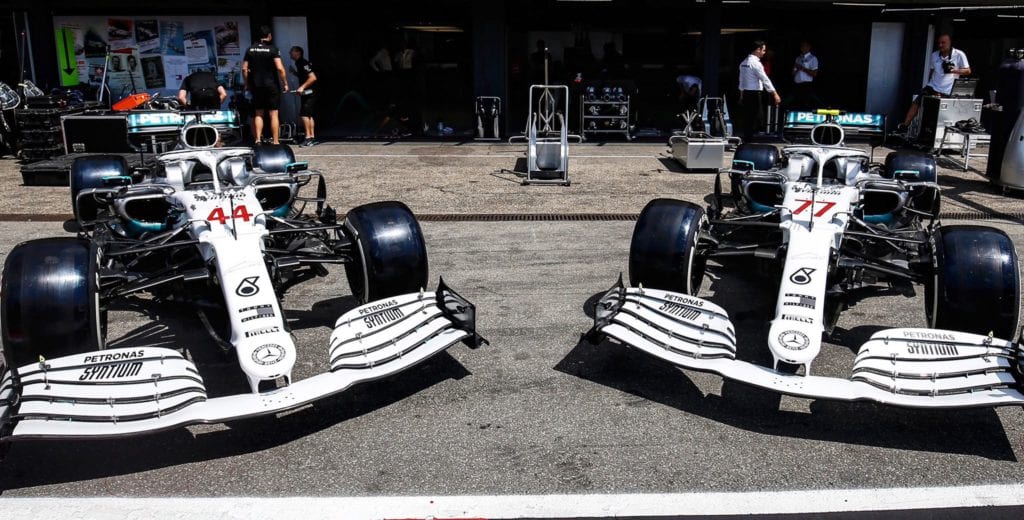