Earlier this month, the FIA revealed the first picture of the ‘shield’ cockpit protection device it has been working on for the first few months.

But, it was rendered onto a Williams FW40 and the low-res image released by F1’s governing body meant it was tough to imagine what it would actually look like in the flesh.

Well, we don’t have to wait any longer, as the development version of the shield has been photographed in real life.

It’ll be run during FP1 for the British GP at Silverstone by Sebastian Vettel, at the wheel of his 2017 Ferrari F1 car.

The team was obviously busy preparing the car and fitted the shield to it on Thursday, giving the device its public debut.

Following on from the development of the ‘halo’, and tests of Red Bull’s ‘aeroscreen’, the FIA decided to postpone cockpit protection to 2018 in order to find a better solution.

What they came up with is the shield, which is similar to the aeroscreen but extends further down the nose – to improve visibility and aero.

It’s also a bit lower than the aeroscreen and is definitely the best-looking of the three, although that’s just our opinion.

Making something that looks better than the halo isn’t tough, though.

What do you think about the shield? Let us know your comments below. 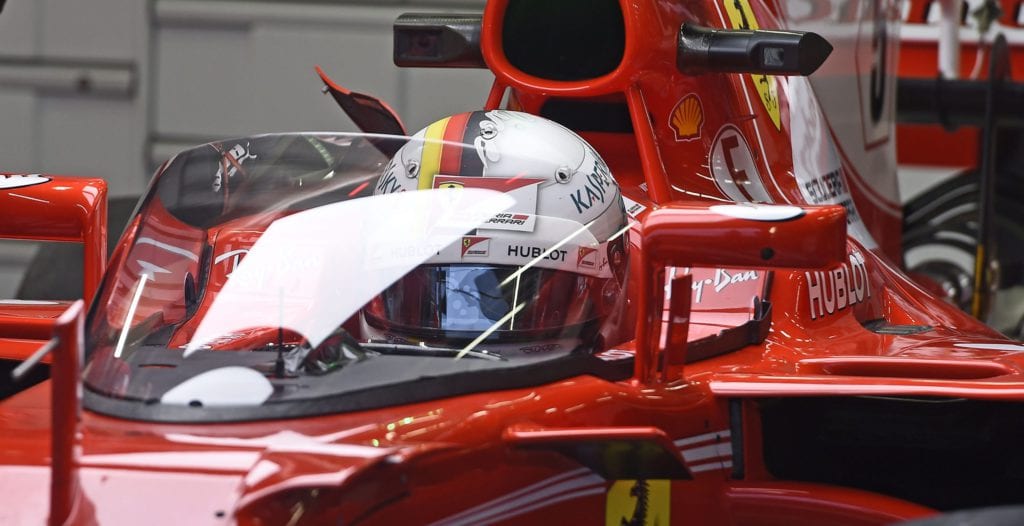