Here’s The First Official Look At The F1 2022 Cars

Well, after being postponed a year because of the coronavirus pandemic, the new era of F1 is here and it’s… uh holographic. Okay, so that’s not exactly how the liveries will look, but this rather unusual display on the cars was a big talking point rather than the actual car itself.

The big reveal which was broadcast on YouTube, showed fans what this new generation of car will look like and we heard from some of the sport’s big brains to dissect the reasons behind the rule changes.

With the new 18-inch rims and Pirelli tyres on display, and the new wheel covers and deflectors that surround them, there are also obvious changes to the car such as the restyled front wings which are a lot more simple.

The new technical regulations have been introduced to increase overtaking and produce better racing, as well as helping with the cost caps and just more pleasant to drive by making them less prone to turbulence.

The car was then taken outside to the F1 drivers for them to get their views on it!

What do you think about it? Let us know in the comments below. 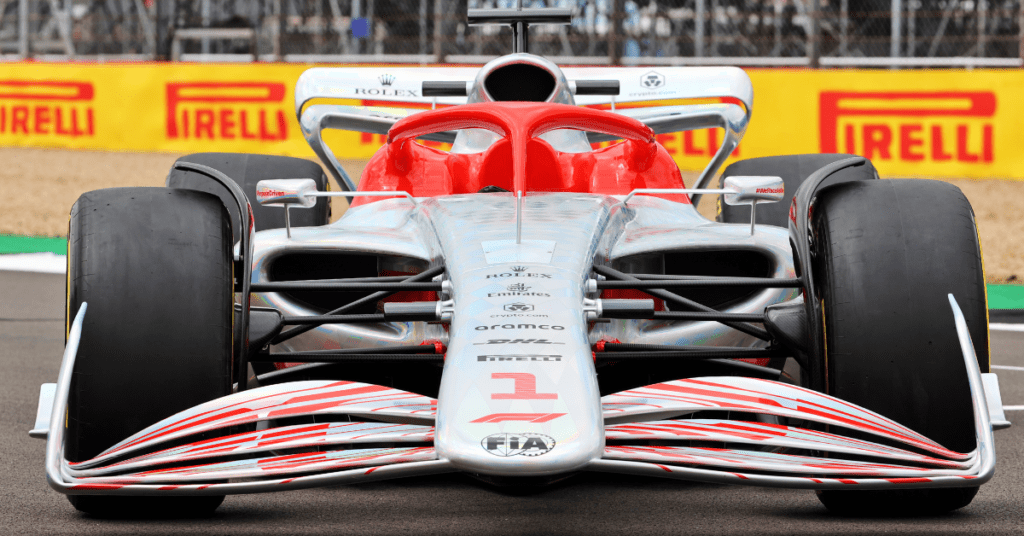