The chequered flag waving at the Hungarian Grand Prix may have signalled the start of F1’s summer break, but for many, there’s still two days of testing to do.

Teams are staying at the Hungaroring for the second and final in-season test of 2017, following on from the first one in Bahrain.

It’s a vital chance to test parts, iron out issues, evaluate developments and give young drivers the chance to drive 2017 F1 machinery – two of the four days have to be set aside for junior drivers.

So, with the test taking place from the 1-2 August (Tuesday and Wednesday), here’s your rundown of who’s driving on what day.

GP3 championship leader and Mercedes F1 junior George Russell will have the Mercedes W08 all to himself as he samples the 2017 F1 machine for the first time. He’s been doing plenty of simulator work for Mercedes, and has had a private test with the team, as well as McLaren – as part of winning the McLaren Autosport BRDC award.

Like most of the F1 teams, Ferrari has split its running between one of its current drivers and a young star. Charles Leclerc – who is a member of the Ferrari Driver Academy, and tested for Ferrari last year (alongside four FP1 outings with Haas) – drives on day one. In an updated schedule, Sebastian Vettel (after his victory on Sunday) and Kimi Raikkonen will then share day two driving duties.

Max Verstappen will be hoping for better fortunes at the Hungary test, after clashing with his team-mate in Sunday’s race. He’ll drive on day one, before handing over to Pierre Gasly – a long-time Red Bull and Toro Rosso tester, who won the GP2 championship last year and is currently racing in Super Formula.

European F3 midfielder Nikita Mazepin has been a development driver for the team for a little while, and first tested with them at Silverstone last year. He shares driving duties on both days with DTM racer Lucas Auer (who runs with BWT sponsorship).

Felipe Massa’s still recovering from his illness over the Hungarian GP weekend, so Lance Stroll has been drafted in to replace him on day one, before F2 racer Luca Ghiotto gets his F1 debut with Williams.

F2 driver Sean Gelael drove for Toro Rosso at the Bahrain test and gets his second outing in the STR12. Race drivers Daniil Kvyat and Carlos Sainz Jr. will split running on Wednesday.

Haas is another team giving the full test to one of its young drivers. Santino Ferrucci was racing in GP3 before he stepped up to F2 in Hungary, where he will remain for the remainder of the season. The American completed a fair bit of testing with Haas last year.

It’s nice F2 racer Nicholas Latifi gets an F1 test, but he won’t get much attention, because all eyes will be on Robert Kubica as he follows up his two tests in a 2012 F1 car with the step up to a modern-day beast. ALL ABOARD THE HYPE TRAIN.

Fresh from his P10 finish in Hungary, Stoffel Vandoorne will drive the MCL32 on day one, before Lando Norris – F3 frontrunner and predicted star of the future – gets his shot at an F1 test. And he’s only 17 years old!

It’s an all-F2 line-up for Sauber. Gustav Malja is driving on day one, before Honda protégé Nobuharu Matsushita takes over on day two – even though Sauber and Honda have parted ways from their planned 2018 engine deal. Both will make their F1 test debuts. 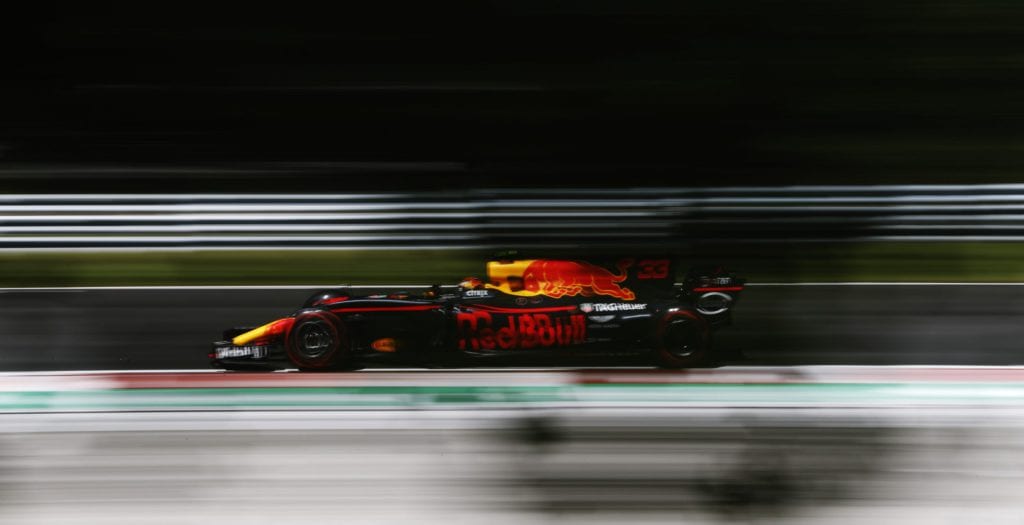