Here’s The Latest On Everyone Involved In Floersch’s Macau Crash – WTF1
Skip to content
×
Juniors , News

This morning’s horrendous accident at Macau sent the motorsport world into that horrible feeling of uneasiness and anxiety that comes with any major incident. After what felt like forever, news finally filtered through that those involved in the incident were conscious and on their way to hospital for further examination.

As well as Floersch, driver Sho Tsuboi was caught up in the crash, and two photographers and a marshal were injured as a result of Floersch’s car breaking through the barrier and hitting a gantry. More news has now been revealed of their condition and while it’s hard to describe any of it as good news, it appears to be positive in the sense that many were expecting much worse.

Sophia has been diagnosed with spinal fracture (the severity of which has not been revealed) and will undergo surgery tomorrow.

Just wanted to let everybody know that I am fine but will be going into Surgery tomorow morning. Thanks to the @fia and @hwaag_official @MercedesAMGF1 who are taking great care of me.
Thanks to everybody for the Supporting messages.
Update soon.

Photographers Chan Weng Wang and Minami have suffered a liver laceration and concussion respectively, with marshal Chan Cha In sustaining multiple injuries, including a laceration of the face, fractured jaw, and an abrasion of his upper abdomen wall. Tsuboi, the other driver involved in the accident, suffered lower back pain. Scarily, he also confirmed in a tweet that his helmet was knocked in the incident.

The incident apparently occurred when Floersch made contact with the car of Jehan Daruvala, who’d slowed down in response to yellow flag lights which appeared on the run down to the Lisboa corner. Prema driver Guan Yu Zhou saw the whole thing unfold and told Autosport that Sophia “had no time to react”.

All involved are being kept in the hospital for observation and treatment, though it’s believed that none of the injuries are life-threatening, which is a huge relief. 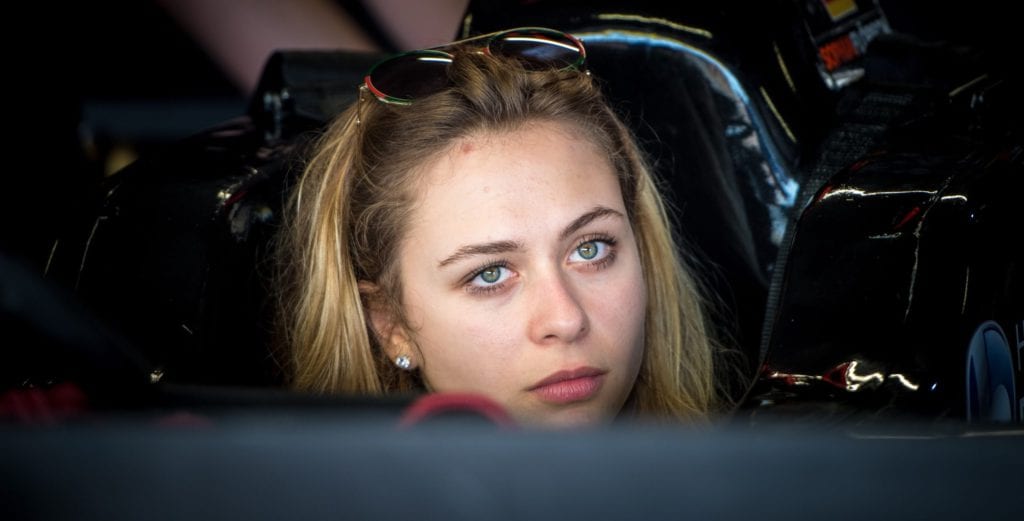