If you’ve ever wondered what the livery of McLaren’s F1 car would look like on an IndyCar, then wonder no more – because that’s basically what we’ve got with the team’s Indy 500 challenger. Not that we’re complaining, because the MCL34 is probably the best-looking car on the F1 grid at the moment and it makes the IndyCar look equally awesome.

Using the familiar combination of Papaya and blue, Alonso will run with the number 66 – the same number that Mark Donohue used when he won the race with a Penske-run McLaren back in 1972.

The Dallara chassis has been built and prepped at McLaren’s base in Woking by a “specialist Indy 500 team” and is being shipped out to America for the open test at Indianapolis on 24 April. In the meantime, Alonso will test the team’s sister car in a test in Texas later this week.

Is this the car that will help Alonso win the one remaining leg he needs to complete the motorsport triple crown? If the Indy 500 was a livery competition, he’d surely be a strong favourite… 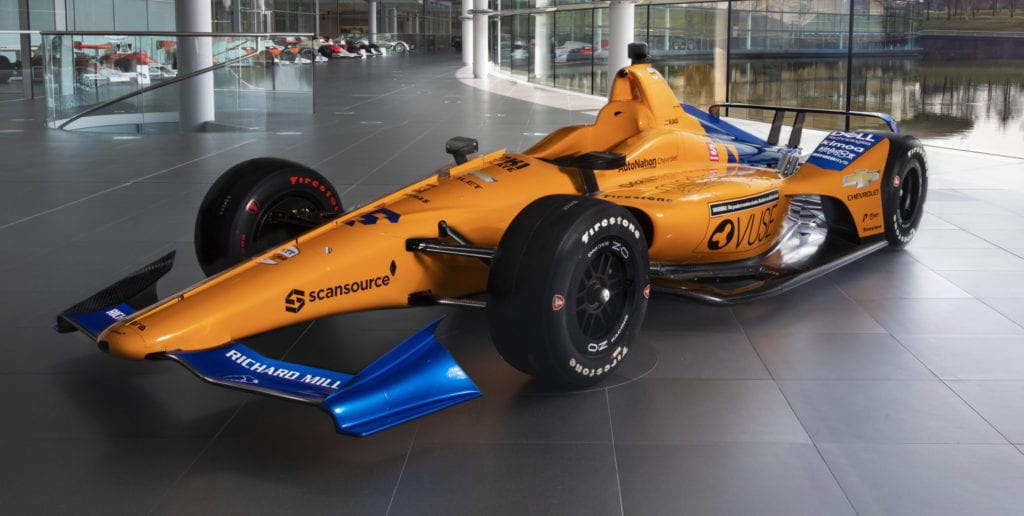