Here’s The New Helmet The FIA Is Making Mandatory In F1 From Next Year – WTF1
Skip to content
×
Formula 1 , News

The FIA has just ramped up the safety of probably the most important piece of kit for any racing driver (well, apart from the car) – the helmet.

Most of the major helmet manufacturers have been working with the FIA for several years to improve upon the existing safety standard for helmets, which are already pretty strong. Prototypes have already gone through testing and from 2019, all manufacturers providing helmets to F1 drivers will have to make them to this new standard, with it becoming mandatory in other series in future.

So, what’s new? Well, apart from the obviously narrower visor opening (designed to further prevent injuries like Felipe Massa’s in 2009) the helmet have been subjected a whole load of shock, stress, and impact tests. Not only do the helmets have to withstand them, but do so in a way which minimises the effects of the forces on the driver’s head.

For instance, it has to withstand a 10kg weight being dropped on it from 5.1 metres, a 225g projectile being fired at it at 150mph, and an air rifle being fired at the visor without any penetration (among other tests). More safety is always a good thing, although with Pastor Maldonado out of the sport, you can’t help but feel it’s come a few years too late.

One thing that sadly isn’t mandatory is the requirement for one driver to run a helmet design that’s decked out in naked carbonfibre like the prototype is. Because that looks simply beautiful. 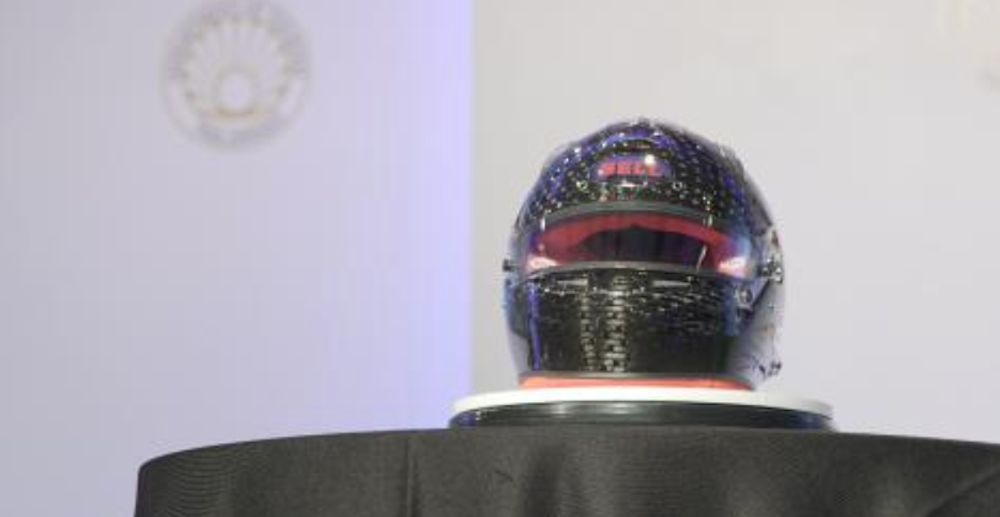