With the F1 season now underway, questions have arisen about who teams have on standby if one of their full-time drivers becomes unwell. ‘Reserve Drivers’, to give them their official titles, are kept on speed dial or often at the circuit during a race weekend. They are specially trained to jump into the car at short notice and participate in the race if needed.

In 2020, reserve drivers were called upon A LOT. Like, a whole lot. With a global pandemic and a crash that saw Romain Grosjean out of action at the end of the season, drivers seemed to be swapping seats every weekend.

Nico Hulkenberg, most notably, filled in for both Racing Point drivers when they tested positive for COVID-19 on separate occasions. The Hulk had three entries into races last year, having just hours notice when Lance Stroll was ill during the Eifel Grand Prix.

Hulkenberg continues his duties in 2021, alongside some other familiar faces.

Currently competing in Formula E with Mercedes, Vandoorne has been an official reserve driver for the constructors’ champions since 2020. Having previously worked as a simulator driver for the team, Stoff was promoted to reserve after Esteban Ocon made the move to Renault for a full-time race seat in 2020.

Stoffel missed out on the opportunity to replace Lewis Hamilton for the 2020 Sakhir Grand Prix when Hamilton tested positive for COVID-19. Stoffel rushed from Formula E’s Pre-Season testing in Valencia to Bahrain, but Toto Wolff had already given the Mercedes seat to George Russell.

Partnering Vandoorne as the other reserve driver at Mercedes is Nyck de Vries. The Dutch racing knows Stoffel well, as the two are currently teammates representing Mercedes in the all-electric Formula E championship.

De Vries is the 2019 FIA Formula 2 champion and has been promoted to Mercedes’ Test and Reserve Driver for 2021.

Alex Albon is a familiar face when it comes to the Red Bull garage. He raced for the team in 2019 and for the entire 2020 season, but was dropped to the role of ‘third’ driver when the team snapped up Sergio Perez to partner Max Verstappen.

Albon has still remained part of the team, balancing his role of reserve driver with a stint in DTM representing the AlphaTauri team. “I’ll be going to pretty much every race now, flyaways and European races, a lot of trackside support on the simulator but also just being there,” Albon said about his new duties.

The Mercedes’ reserve driver pairing are also available to McLaren, as part of an agreement between the two teams. Vandoorne has experience with McLaren, having raced with the team full-time for two seasons in 2017 and 2018.

Nyck de Vries is also someone who knows the McLaren squad well. He was previously signed to the McLaren Young Driver Programme from 2010 until 2019.

“We will have an agreement again with Toto, with Mercedes, to use their reserve drivers in case of an emergency,” McLaren Team Principal Andreas Seidl confirmed at the start of 2021.

Paul di Resta has been confirmed as a third reserve driver option for McLaren in 2021. Seidl confirmed the news to The Race over the Emilia Romagna Grand Prix weekend; “we have an agreement with him as well in order to jump in if the requirement is there, so we’re prepared for different scenarios”.

Di Resta had 59 starts to his name in F1 and has a history of stepping in for drivers at the last minute. He was drafted in as a substitute for Felipe Massa during the 2017 Hungarian Grand Prix weekend, but has not raced in F1 since.

Nico Hulkenberg, everyone’s favourite super substitute, is back for 2021. Hulkenberg was forced to jump into the Racing Point on three occasions last year but was only able to start two of the three races.

With such a last-minute call up on both occasions, he impressed everyone with his ability to deliver some incredible performances with such short notice. The highlight of this was a third-place qualifying finish for the 70th Anniversary Grand Prix.

Hulkenback 3.0 is here, and there have even been whispers that the Hulk could step in for Mercedes if both Stoffel and Nyck have Formula E commitments.

Daniil Kvyat was left without a race seat for 2021 after departing AlphaTauri. However, Alpine were quick to snap up the super experienced driver. Kvyat, aged just 26, has 110 F1 starts to his name and is a valuable asset to the newly rebranded Alpine team.

As well as his three F1 podiums, Kvyat has also completed stints with Red Bull and became Ferrari’s development driver in 2018.

In the event of one of the Ferrari drivers being unable to participate in a race weekend, the team don’t have far to look for their reserve driver. Just a few doors down is Antonio Giovinazzi, who has been a Ferrari reserve since 2017.

He currently races for the Alfa Romeo team but would be promoted to the Ferrari drive on a race weekend if needed.

Alex Albon is also being used as the reserve driver at Red Bull’s sister team, AlphaTauri. Like Red Bull, Albon is very familiar with the team, having raced for them before his promotion to Red Bull halfway through the 2019 F1 season.

Robert Kubica is a well known and respected figure around the F1 paddock. With 97 F1 starts to his name, he looked to have a long and successful career ahead of him before his 2011 Rallying accident. He made a remarkable comeback, racing with Williams for the 2019 season before joining the Alfa Romeo team as a reserve driver.

During 2020, Kubica completed FP1 runnings for the team in locations such as Hungary, Bahrain and Abu Dhabi.

Young talent Callum Ilott has joined the Alfa Romeo team as a reserve driver for 2021. Ilott knows the team well, having first tested with Alfa in 2019 before participating in the 2020 ‘Young Drivers Test’ in Abu Dhabi at the end of last year.

As a member of the Ferrari Driver Academy, he made plenty of good impressions in the motorsport community when he came runner-up to Mick Schumacher in F2 last year. He will share the reserve role with Kubica, and will take part in a number of FP1 sessions including in Portugal.

Pietro Fittipaldi made his F1 debut last year at the 2020 Sakhir Grand Prix, after he was brought in to replace Romain Grosjean for the season’s final two races. Grosjean, who had been involved in a crash the race prior, was told he was not medically fit to compete in the last two scheduled races of his career.

Fittipaldi was drafted in to replace him for two race weekends, managing a best result of 17th. The grandson of two-time F1 champion Emerson will continue in this role for 2021.

Williams’ reserve Jack Aitken also got his F1 debut during the 2020 Sakhir Grand Prix. He replaced George Russell, who was promoted to Mercedes for a single race after Lewis Hamilton tested positive for COVID-19. Like Fittipaldi, Aitken will continue in this role of reserve driver for the 2021 season. 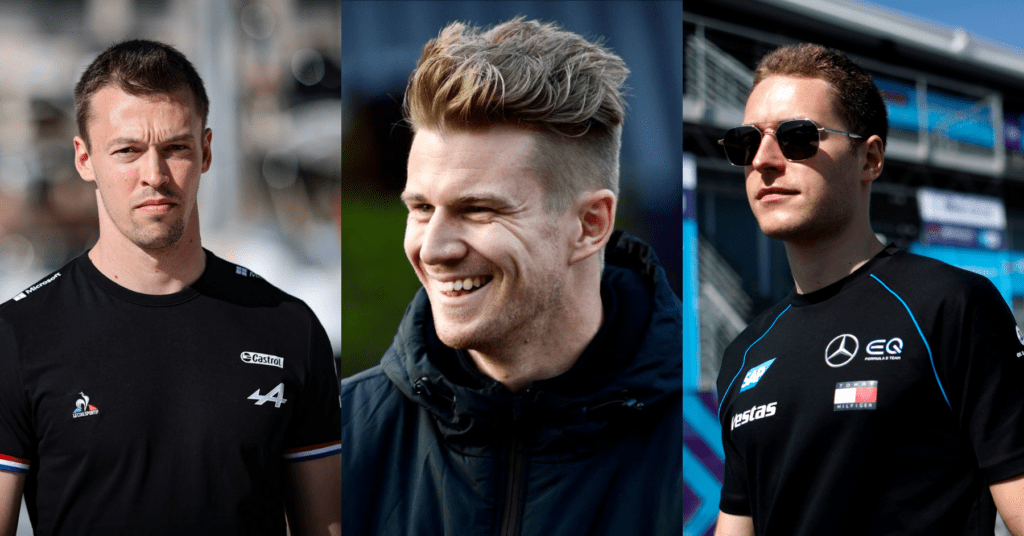