Here’s What 2017 F1 Liveries Would Look Like On Supercars

It’s fair to say there’s a lot of colour on the 2017 F1 grid – including pink and orange – and some brilliant liveries too.

The clever people over at Car Keys have taken this year’s F1 colour schemes and placed them on some of the coolest supercars around. They look pretty damn cool.

With Sauber’s close ties with Ferrari, it was only natural the team’s livery would be placed on one of the Italian manufacturer’s exotic supercars. Its special 25th anniversary livery definitely shines on the new 812 Superfast.

The STR12’s livery is one of our favourites over at WTF1. It’s definitely one of the most bright and vibrant on the grid. Putting it on an elegant Alpine A110 makes it look even better though!

The designers made fast work of taking Force India’s new pink livery and putting it on a super-sleek SLS AMG. It looks incredible, and very bright…

What happens when you put the RB13’s matte livery on an Aston Martin hypercar? This. And it looks ridiculously good!

A LaFerrari is the perfect fit for the SF70H livery – it looks very good in red, but even better with the white and black accents.

The Renault F1 team brought yellow back to F1 last year and its 2017 car has retained it. Not only does it look great on the RS17, but it also suits a Renault concept car too.

The Williams livery with Martini stripes is getting a little old now, no? It’d be cool to see something a bit more creative, but there’s no denying how cool it looks on the GT Concept.

ORANGE. Yes, McLaren returned to bright orange for this year and the MCL32 looks very nice indeed. The livery is perfectly suited to a Honda NSX too, it turns out.

Another cool Ferrari that looks mega with a F1 livery, the Haas colour scheme isn’t the most eye-catching but it’s been done very well.

Finally, we come to the Silver Arrows – the W08 livery retains the colours of past seasons, but adds in some additional splashes of blue and green.

Which is your favourite? Let us know in the comments! 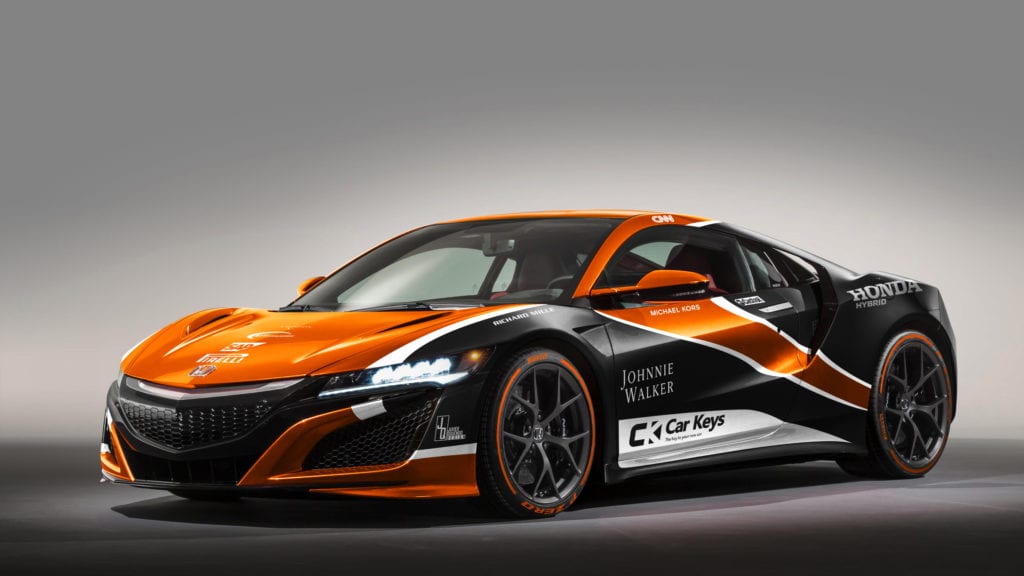