Here’s What F1 Cars Could Look Like Under The New 2021 Regulations – WTF1
Skip to content
×
Formula 1 , News

During a technical seminar put on ahead of the Singapore Grand Prix weekend, F1’s motorsport boss Ross Brawn gave a talk about the 2021 regulations. During that talk, some concept art of how the new breed of cars might look was shown and naturally, the images have been doing the rounds on social media.

A corrected angle version of the 2021 #F1 Brawn concept pic.twitter.com/PVjTOJFeVT

The aero looks a touch simpler than the current cars – hardly surprising, given that improved overtaking is one of the goals of the new regs. The back of the car is kinda funky – there’s a weird shark fin thing going on and the rear wheels appear to be partially covered by bodywork.

The other obvious difference is the larger, 18-inch wheels the sport will adopt along with the rule change.

Of course, this is only concept art, and the actual cars could look rather different by the time 2021 actually rolls around. If it’s anything like this, though, then that could be a good thing – because we think it looks rather excellent. 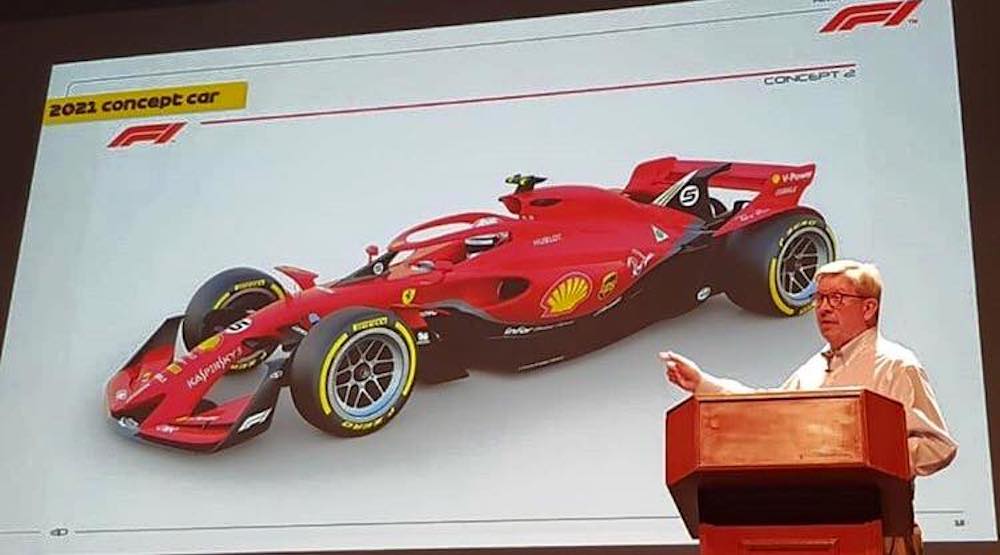