The fact Aston Martin making its return to the F1 grid in 2021, courtesy of investment by Racing Point team owner Lawrence Stroll, is absolutely mega. As one of the most iconic car companies in the world, Aston Martin also has a strong motorsport connection, particularly in endurance racing. But, this won’t be the first time the company has had a crack at F1.

In the 1950s, Aston was predominantly focused on sportscar racing. It was winning plenty of major endurance races – Spa, Goodwood, the Nordschleife – but victory at Le Mans continued to elude the company, finishing runner-up in 1955, 1956 and 1958.

The Aston Martin DBR3S sportscar was performing solidly and so the decision was made to see if the basic package could be converted into an F1 car. The first tests took place in 1957 and looked promising, but unfortunately Aston’s F1 programme always had to play second fiddle to the endurance programme. With a Le Mans victory being the ultimate goal, development of the F1 car was slow as the company worked on its new DBR1 sportscar.

It wasn’t until 1959 – almost four years after the idea to make a single-seater racer was first conceived – that Aston Martin finally announced it was going to finally take the plunge in F1 with its new car, the DBR4. A compact, well-packaged design with a 2.5-litre straight-six engine, it certainly looked the part… or rather, it would have done if it had been a few years earlier. By this point, it was becoming clear that rear-engined cars were the future. Jack Brabham realised this and after initially deciding to race for the team in F1 (as he had done in sportscars), he ultimately decided to stay with Cooper, going on to win his first championship that year.

Undeterred, Aston made its F1 debut in the 1959 BRDC International Trophy at Silverstone, where things initially looked quite promising. Roy Salvadori drove the car to a fine second place – finishing behind Brabham’s Cooper, but ahead of more established F1 cars from the likes of BRM and Ferrari.

A few weeks later, the cars made their World Championship debut at Zandvoort, where reality came crashing back down. Salvadori and teammate Carroll Shelby only qualified 10th and 13th (on a 15-car grid) and both were out with engine failure at one-third distance.

The next outing for the cars was in the British GP at Aintree and things looked much better – Shelby was sixth on the grid, while Salvadori did an immense job to qualify second. Unfortunately, one-lap pace seemed to be the only thing the DBR4 had going for it as both drivers dropped back in the race. Shelby retired from seventh with a handful of laps to go, while Salvadori finished a lap down in sixth – which wasn’t even worth a point in 1959.

That would pretty much be the high point. The next outing for the team was in Portugal where both cars managed to finish, but Salvadori was three laps down in sixth, while Shelby was four laps behind in eighth. At Monza, one key aspect of the cars was found out – they weren’t very aerodynamic, nor particularly powerful. With top speed being everything at a chicane-less Monza, the Aston’s could only qualify 17th and 19th; Salvadori retired with engine failure with Shelby finishing two laps down in 12th.

While Aston’s first year in F1 hadn’t gone entirely brilliantly, the same could not be said for its sportscar efforts. After years of trying, Aston Martin finally won Le Mans – DBR1’s finished first and second, 26 laps ahead of the third-placed Ferrari, with Salvadori and Shelby taking the win.

Finally winning Le Mans prompted Aston Martin to put more focus on the F1 team, but it was too late. A new car was made for 1960 – the DBR5 – but it only raced in the British GP and was underwhelming in the face of the progress made by the rear-engined cars. Rather than follow suit, Aston decided to cancel its F1 ambitions and go back to sportscars.

Aston Martin might have had more success if it had put more focus into single-seater racing from the start. If the car had raced in 1957 when it was first ready, then there would still have been time for the improvements to potentially lead to at least some success before the concept became outdated.

In 2021, Aston will return to F1 – and surely in a much stronger position than it was in back in the 1950s (though ironically enough, it’ll once again be trying to win Le Mans outright at the same time). As cool as it would be to see, hopefully they won’t revert to a front-engined concept, and that it won’t be long before they improve on a best result of sixth. 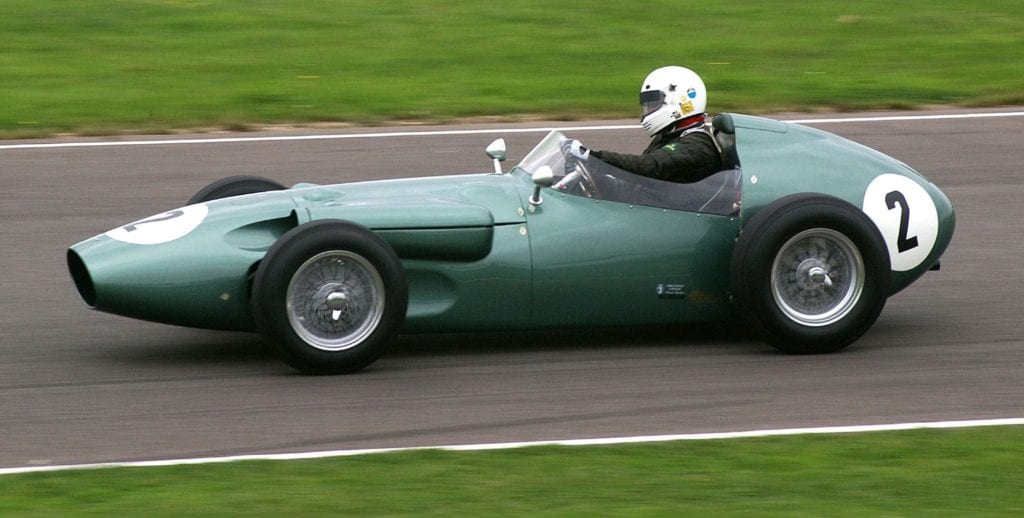