Here’s What Pirelli Have Said About Those Tyre Blowouts In Baku – WTF1
Skip to content
×
Feature , Formula 1

After two rather shocking tye blowouts during the Azerbaijan Grand Prix, all eyes have been firmly on F1’s sole tyre supplier Pirelli. Their investigation into the failures left many scratching their heads and not entirely sure of the actual outcome. It very much seemed like a real-life spiderman pointing at spiderman meme.

Questions like this have been all over social media and in the press since Baku, especially given that the fate of the championship could have been decided when Max Verstappen’s tyre gave up and sent him into the wall just five laps from the end of the race.

Naturally angered over the whole situation and losing out on an opportunity to bag 25 championship points, Verstappen has been throwing plenty of shade at Pirelli and their findings from the two incidents during media day for the French Grand Prix.

“When two crashes that luckily everyone walked away from happen, and clearly both teams were operating within their limits, then I don’t understand why you can’t say that the teams didn’t do anything wrong on the track because they have the data. We gave it to them,” Max angrily told Sky Sports.

Initially, Pirelli feared that debris could have played a part in both crashes that involved the Red Bull of Verstappen and Aston Martin’s Lance Stroll. It’s a fairly generic statement from the tyre supplier whenever there’s a tyre blowout. We saw the same thing said last year after Verstappen’s issue at Imola and when Valtteri Bottas, Lewis Hamilton and Carlos Sainz all had dramas during the final three laps of the British Grand Prix.

However, this week Pirelli announced their findings from the investigation into the left-rear tyre failures and confirmed it was down to a “circumferential break on the inner sidewall which can be related to the running conditions of the tyre”.

So, from that diagnosis, you might think that perhaps Red Bull and Aston Martin hadn’t been following the rules and regulations that Pirelli have in place at all times. Well, that’s where the issue is. Both teams had been following the prescribed starting parameters.

Both Red Bull and Aston Martin were quick to release statements in response to the findings. The two teams clarified that there were no issues on their respective cars that caused their tyres to fail and that they both have always followed Pirelli’s advice and will continue to do so.

You can see why this whole situation left some people feeling like there was never really a definitive answer to the problem.

We are grateful that following the weekend’s high speed impacts no drivers were injured. #F1

As well as their statement on the Baku blowouts, which they sent to all F1 teams and the FIA, Pirelli also issued a new set of rules that will come into effect from this weekend’s French Grand Prix.

With so much chatter about tyres in the media and if they’re safe or if the drivers trust them, Pirelli sent their big F1 boss, Mario Isola, to clear up some of the speculation and rumours circulating.

Now, Pirelli is the one who issues these starting parameters. They include elements like the maximum temperature the tyre blankets should be or the starting pressure of the tyres. Components like the end-of-straight camber are also included. Basically, Pirelli can control these things because they’re measurable and don’t create any doubt as it’s just a number.

The running parameters, which help form the basis of the starting parameters, are calculated using data from all ten teams. This can cause some issues, though, with all the cars on the grid being so different and varied and some data possibly being contradictory to how the cars actually cope when they hit the track on race day.

This whole thing hurts my brain just thinking about it, not going to lie.

Okay, so back to the tyre’s starting pressure because this is the important part.

Pirelli expects that the tyre’s pressure per square inch, or PSI as it’s commonly abbreviated to, will rise once the tyres are actually on the track. However, it has been suggested that this didn’t happen for two teams on the grid in Baku. Yep, you guessed it: Red Bull and Aston Martin.

As a result of these lower than expected pressures, something called a ‘standing wave energy movement’ was created and affected the sidewall of the tyres. If the tyre goes through enough cycles, it will fail, precisely what we saw happen to Lance and Max.

From this weekend, any tyre that’s used on a car and is tested by the FIA must be at or above the required starting pressure when in a heated tyre blanket. This is to double-check that nobody is cheating, not that Pirelli thinks that was the case anyway.

“In the regulations, it’s not written what the running pressure is that you have to respect,” continued Isola. “So I can’t say they’re doing something against the regulation in search of more performance because if they respect the starting pressure, at the moment, they’re complying with the regulations.”

The short-term solution to ensure this doesn’t happen again is that the minimum starting pressure has been upped by 2 PSI for all tracks, in addition to some other small tweaks set out by Pirelli.

Things will change next year, though, with the 18-inch tyre and all the swanky new technology that comes with it. These will come equipped with a “standard sensor which is provided to the cars and is controlled by the FIA,” Isola confirmed. “With this, it’s possible for the first time to police the running stabilised pressure.”

It’s a shame that once again, Pirelli is facing harsh criticisms. Since taking over the reins as the official F1 tyre supplier in 2011, they’ve had their fair share of PR nightmares. Of course, it’s nothing new. Just look at the 2005 United States Grand Prix, for example.

However, the bottom line tyres should not be blowing up. It’s the one part of the car that the teams are ultimately out of control of, and Pirelli can’t afford to damage that relationship anymore.

It’s as simple as that. 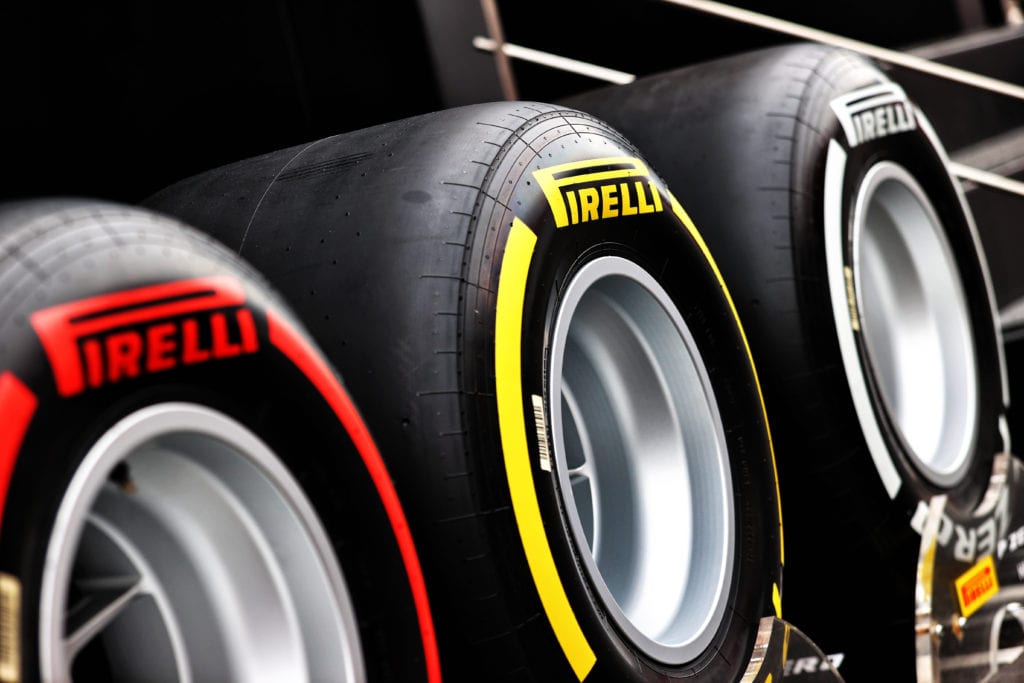