This year’s Rolex 24 had a slightly reduced field from normal, with ‘only’ 38 cars competing in the race. That still means a tally of 146 drivers spread across the four classes (DPi, LMP2, GT Le Mans and GT Daytona), five of whom have started an F1 race. Here’s how they all got on.

The No.10 Wayne Taylor Racing Cadillac had a very different line-up this year, with Fernando Alonso not returning and memelord Jordan Taylor moving to the Corvette factory team. That left Kobayashi and Renger van der Zande to defend their victory from last year with Scott Dixon and Ryan Briscoe… and they took a dominant victory, smashing the distance record in a race which only had six caution periods.

Kobayashi was a key part of the win, putting the No.10 Cadillac into the lead for the first time during the third hour of the race. Unfortunately, he was also hit with a penalty for speeding in the pit lane, but it wasn’t long before they were back in the lead and going on to win for the fourth time, and the third time in the last four years. It also keeps Kobayashi’s 100 per cent Daytona win record in check; the question now is can he finally follow it up with a victory at Le Mans?

Former Toro Rosso man Bourdais won this race back in 2014, but for the last few years has been racing for Chip Ganassi Ford in GT LM. With Ford ending its GT programme, Bourdais returned to prototypes, racing the Mustang Sampling/JDC-Miller Cadillac alongside Loic Duval and veteran Joao Barbosa. Despite being a slightly underfunded team, they were able to finish third overall and on the same lap as the leaders, even leading the race at the halfway stage and looking like a threat for the win.

It’s a good start to the year for 40-year-old Bourdais after his full-time IndyCar career appeared to have reached an end, having been dropped by Dale Coyne Racing.

Another guy repping the 40-plus ex-F1 drivers was Juan Pablo Montoya, still going strong racing for Team Penske in the No.6 Acura alongside Simon Pagenaud and Dane Cameron.

The reigning series champion, Montoya would have been hoping for a fourth Rolex 24 win, but the car was just off the pace of the Cadillacs and Mazdas (thanks to some aerodynamic problems with porpoising) and he ended up a rather lonely fourth.

The No.31 Cadillac of Nasr, Pipo Derani, Filipe Albuquerque and Mike Conway would have been a strong contender for the win had the car not suffered a series of problems. Since dropping out of his Sauber F1 seat in 2016, Nasr has established himself as one of the fastest drivers in IMSA and the early stages showed it as he challenged for the lead.

Although the car spent plenty of time running in the top three, a puncture in the 18th hour and then a gearbox problem in the 19th hour required some repairs. The car got back out on track but eventually finished seventh, 11 laps down.

But that wasn’t the unluckiest moment for a DPi car – that surely belonged to the No.7 Acura of Helio Castroneves, Ricky Taylor, and former Marussia driver Alexander Rossi. In the fourth hour, the No55 Mazda driven by Harry Tincknell tried to take fourth off of Castroneves at the Bus Stop chicane – a very clumsy move which left the Acura in the barriers.

Harry Tincknell gets into Helio Castroneves, sending him into the tire barrier.

Remarkably, Castroneves got the car back to the pits, but repairs to the damaged radiator took more than half an hour. Ross and co continued to charge for the rest of the race but the damage had been done, and eighth overall – last in the DPi class – was realistically the best that could have happened given the incident.

And that was that. The small grid contributed to the incredible amount of green flag running and meant that it wasn’t necessarily the most dramatic race in Daytona’s history. The LMP2 class was won by the No.81 DragonSpeed car of Ben Hanley, Henrik Hedman, Colin Braun, and Adrian Newey’s son Harrison on his Daytona debut.

GT LM was won by the big boye BMW M8 of Jesse Krohn, Chaz Mostert, John Edwards and Augusto Farfus, with GT Daytona – a class comprising almost half of the field – won by the No.48 Lamborghini of Bryan Sellers, Madison Snow, Corey Lewis and Andrea Caldarelli.

The star of the race, however, had to be Ben Keating. A bronze-rated amateur, he stunned everyone in the early stages of the LMP2 battle as he left his rivals for dust and eventually ended up second in class. But on top of that, he also performed driving duties in the No.74 Mercedes, finishing 11th in class. Not bad! 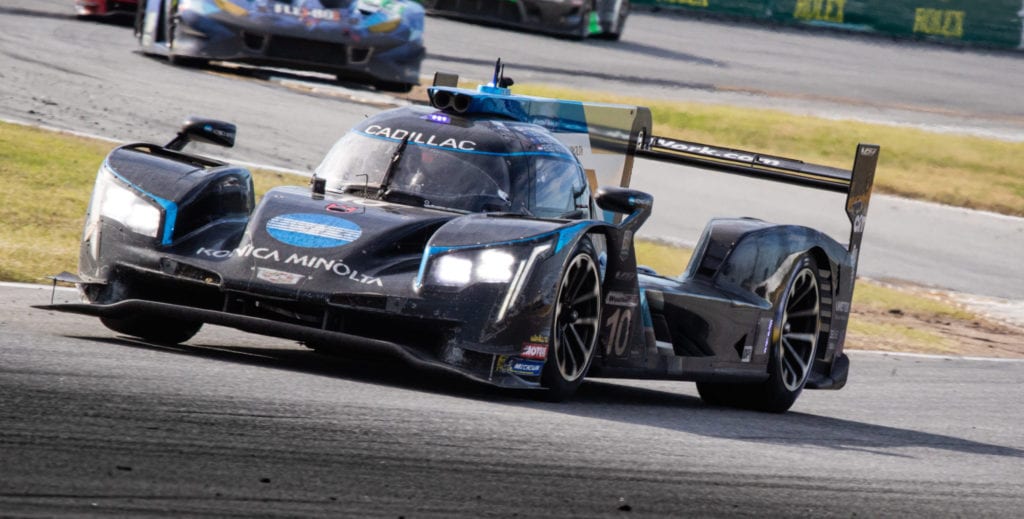