F1 isn’t the only championship that could be decided in Jeddah. Returning after a nine-week break and despite having a quarter of the season remaining, PREMA’s Oscar Piastri is in with a shot of clinching the title this weekend.

With a maximum 130 points to play for across two rounds, championship leader Piastri could join George Russell and Charles Leclerc in the exclusive club of back-to-back F2 and F3/GP3 title winners in Saudi Arabia.

He’s not the only driver in the hunt, as mathematically anyone in the top nine (was 10) could potentially win the title. Let’s take a look at the frontrunners and outside contenders to follow in 2020 Champion Mick Schumacher’s footsteps. 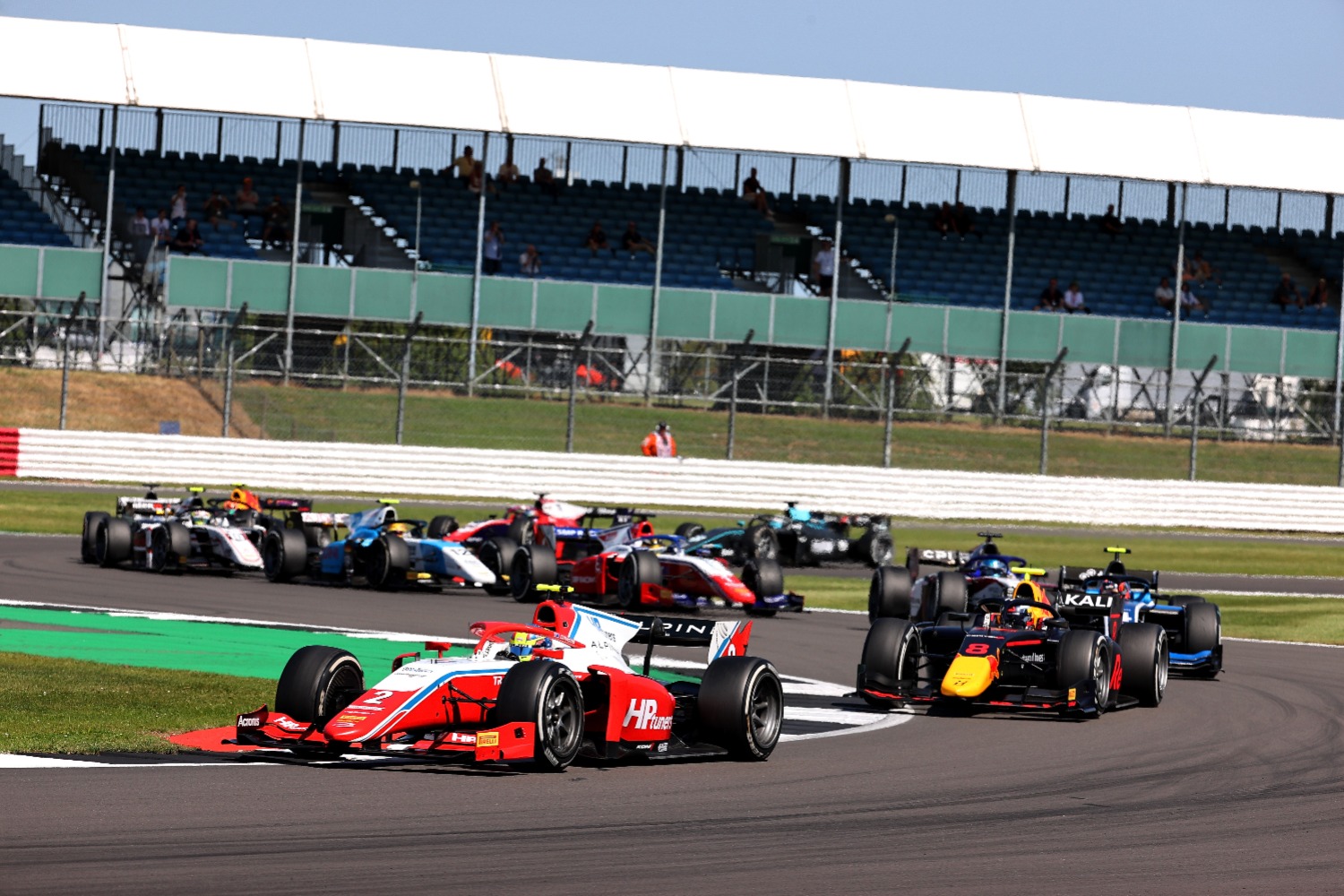 Three victories, including consecutive Feature Race wins in Monza and Sochi and seven podiums means that Piastri is on the cusp of achieving his third title in three years, following his 2019 Formula Renault Eurocup and 2020 F3 success.

Only missing out on points on three occasions, the rookie has led the championship since the fourth round in Silverstone and is on a streak of three pole positions in a row. Currently on 178 points, 36 points ahead of Guanyu Zhou in second, he’ll secure the title if he outscores his fellow Alpine Academy junior by 30 points in Jeddah.

I’m super excited to announce that I will be Reserve Driver for @AlpineF1Team in 2022. It’s the next step in our partnership, and I’m massively thankful for Alpine’s continued support. I can’t wait to see what we can achieve next year! pic.twitter.com/Yjrn0jzWaU

A tall ask, but the F2 Championship has been won by bigger margins before. Ex-McLaren driver Stoffel Vandoorne holds the record for the earliest championship victory, beating current IndyCar driver Alexander Rossi to the 2015 GP2 title by 160 points, with four races remaining.

Regardless of whether he wins the title, the Aussie faces a year on the side-lines as Alpine’s reserve driver as the French team retained Esteban Ocon alongside Fernando Alonso for 2022. 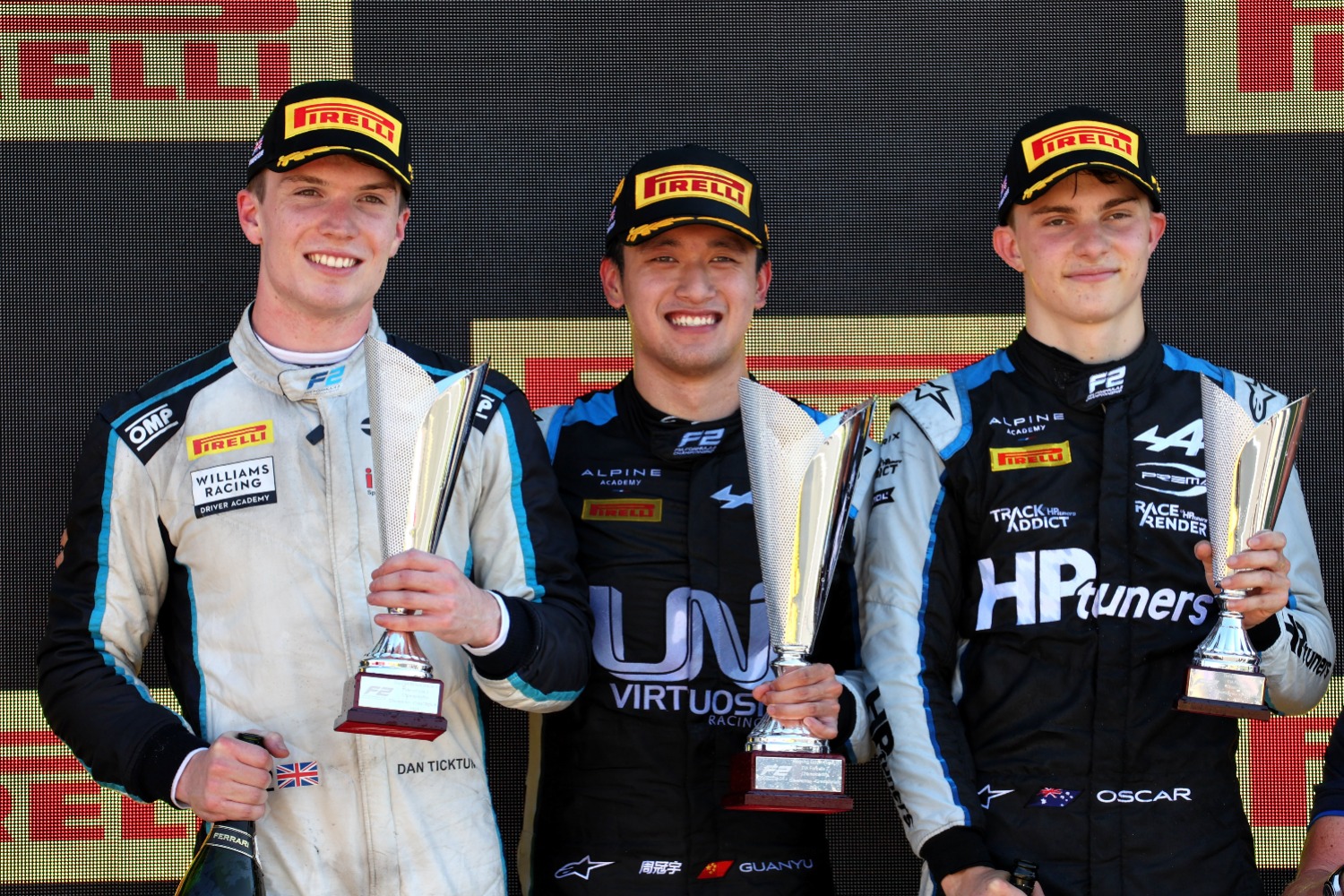 Having already been announced at Alfa Romeo alongside Valtteri Bottas for 2022, Guanyu Zhou will make history by becoming the first Chinese driver to race in F1.

A dominant start to the season saw the UNI-Virtuosi driver lead the championship through the opening three rounds. Seven podiums, including wins in Bahrain, Monaco and Silverstone see him second on 142 points.

As long as he stays within 65 points of Piastri, he’ll take the title fight down to the Abu Dhabi season-finale. 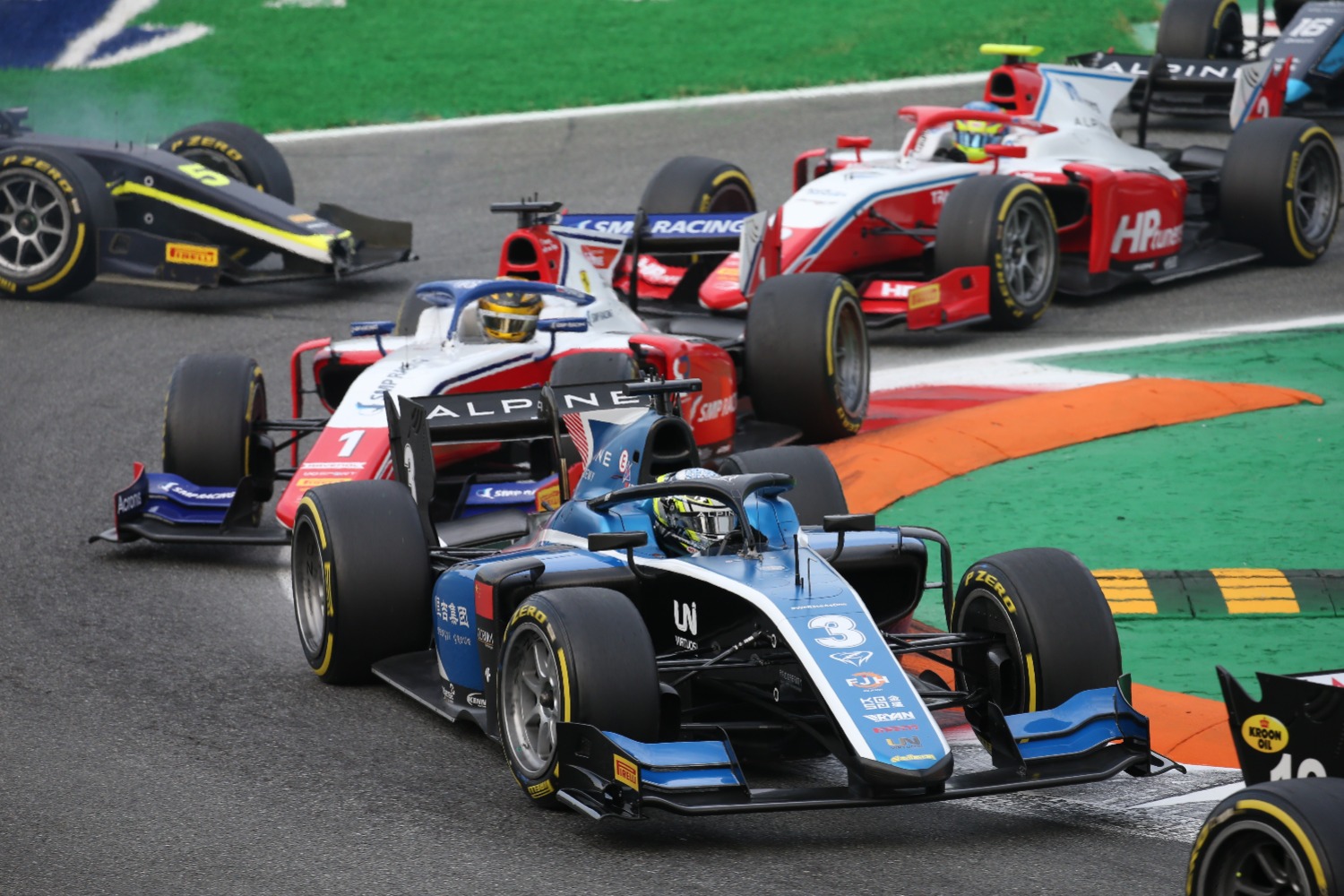 A promising maiden campaign last year had many touting Robert Shwartzman as frontrunner but early struggles saw the Ferrari junior fail to achieve a podium until the seventh race of the season in Baku.

Five podiums, with two Sprint Race wins in Baku and Silverstone, sees him sitting third on 135 points, 43 points adrift of his PREMA teammate Piastri. The pair’s solid form has given the Italian team a 33-point lead in the Teams’ Championship.

At the end of the season, the Russian will be taking part in the Abu Dhabi Young Driver Test for Haas.

Guess who popped by to say 👋🏻? @ShwartzmanRob met the team and had his seat fit ahead of the Young Driver Test next month. #HaasF1 pic.twitter.com/YijpS2Sz4V

Off to face new challenges with NIO 333 in Formula E next year, Carlin’s Dan Ticktum has got a second F2 campaign to finish first.

The outspoken Brit is fourth in the Drivers’ Championship in 129 points and the former Red Bull and Williams junior has taken seven podiums so far, including victories in Monaco and Sochi. 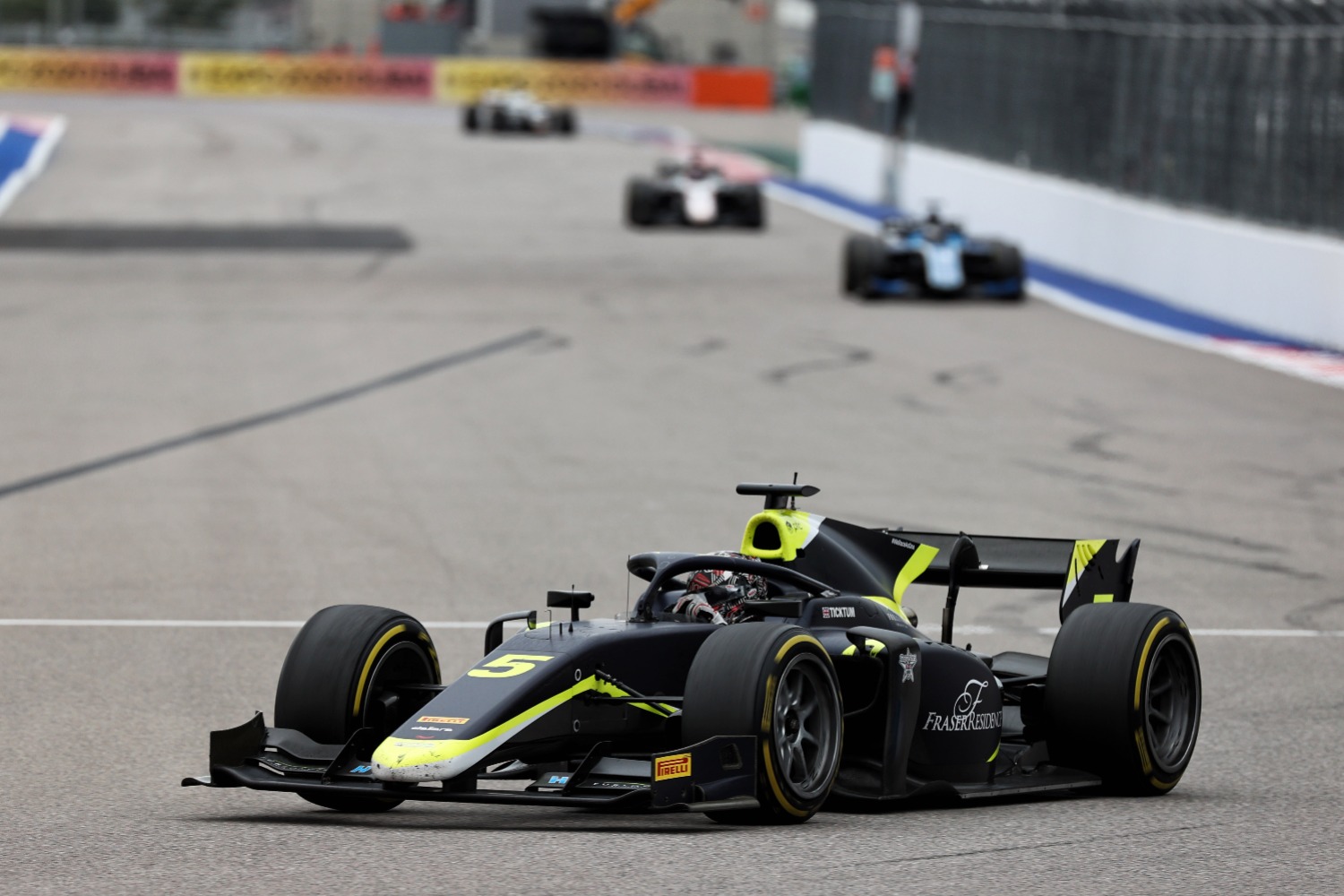 Another standout this season, Théo Pourchaire’s 120 points and three podiums are good enough to put the Sauber junior fifth in the standings. The rookie has thoroughly outshone his 11th-placed ART teammate Christian Lundgaard, who is moving on to IndyCar.

An emotional Feature Race victory in Monaco saw him become F2’s youngest-ever race winner at only 17, beating Lando Norris’ record. It hasn’t always been an easy ride for the Frenchman, who fractured his wrist in a first-lap collision in the Baku Feature Race. 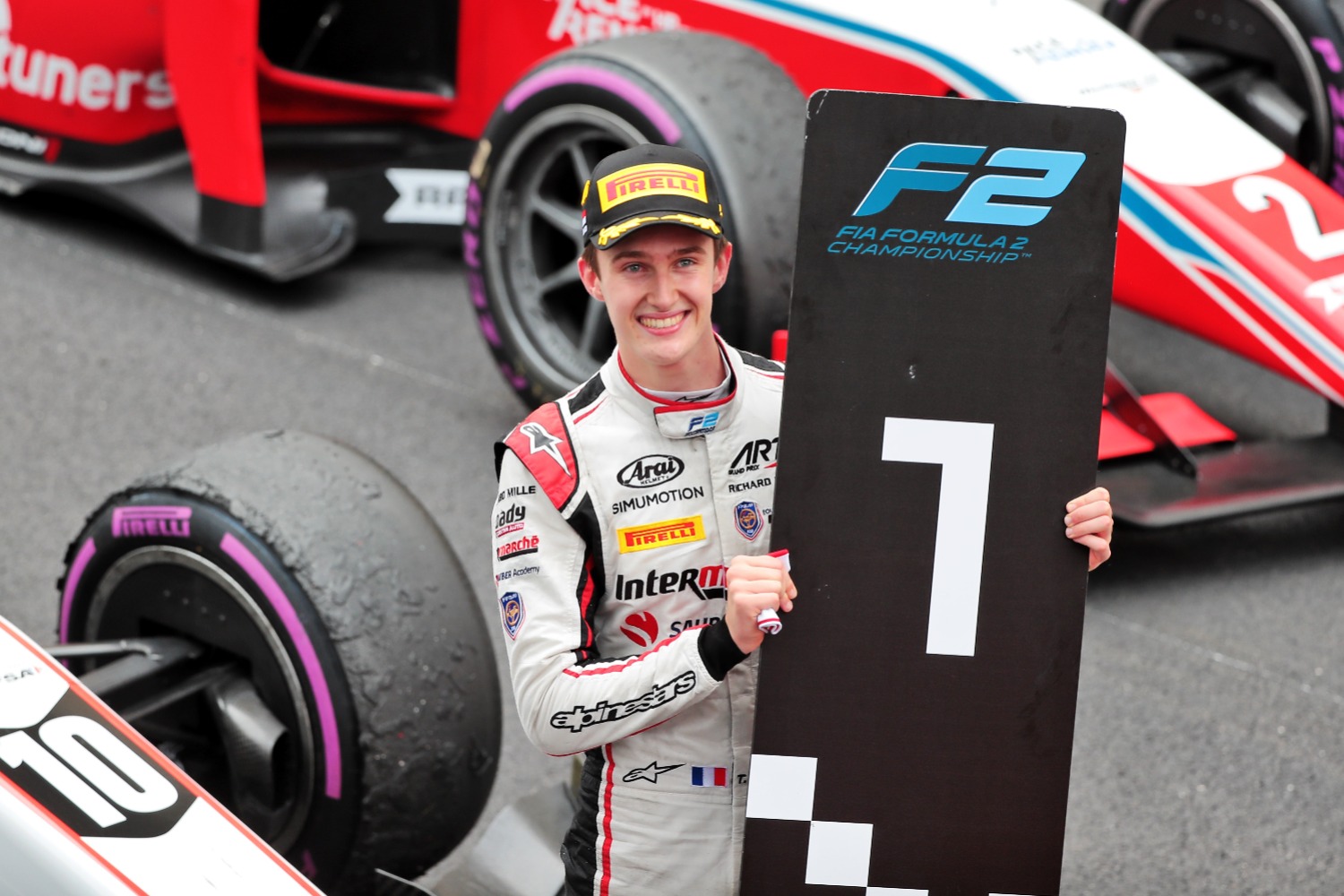 Red Bull juniors Jüri Vips, Jehan Daruvala and Liam Lawson are still in with a chance. Sixth-placed Vips has been unlucky this year on 102 points, but did become the first F2 driver to take two wins in a single race weekend with back-to-back victories in Baku.

One victory and three more podiums puts Daruvala in seventh on 96 points. Meanwhile, Lawson sits in eighth on 80 points following an impressive win on his F2 debut. However, the Kiwi was disqualified from his Monaco Sprint Race victory for using a banned throttle map at the start. 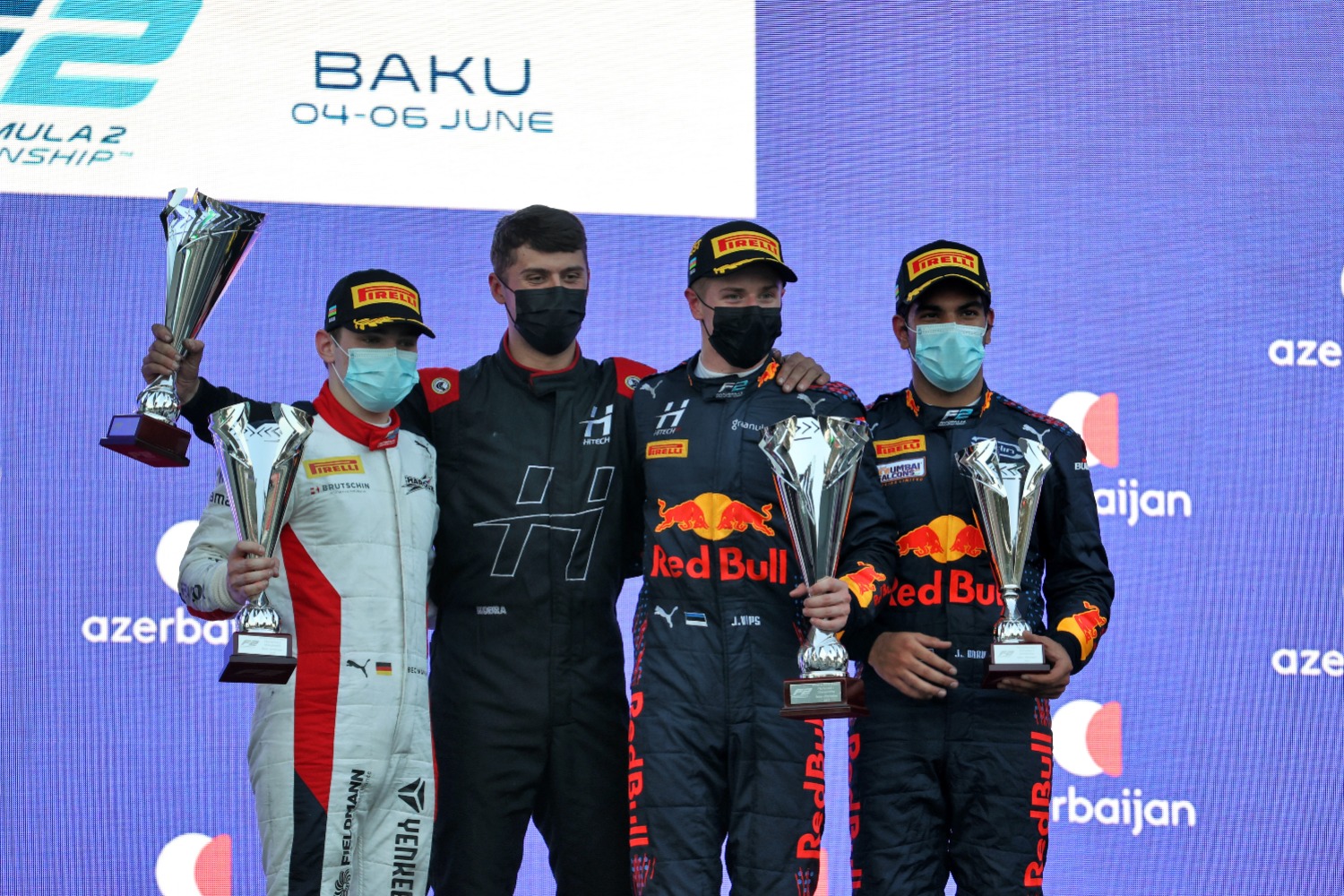 UNI-Virtuosi’s Felipe Drugovich is ninth on 59 points. The Brazilian is the only driver inside the top 10 who has yet to take home a win this year.

Lastly, Richard Verschoor would have rounded out the contenders on 55 points. However, a lack of funding means the MP Motorsport driver has had to drop out with two rounds left.

We can’t wait to see how this fight ends 💪

Who will be crowned the 2021 F2 Champion? Let us know in the comments below. 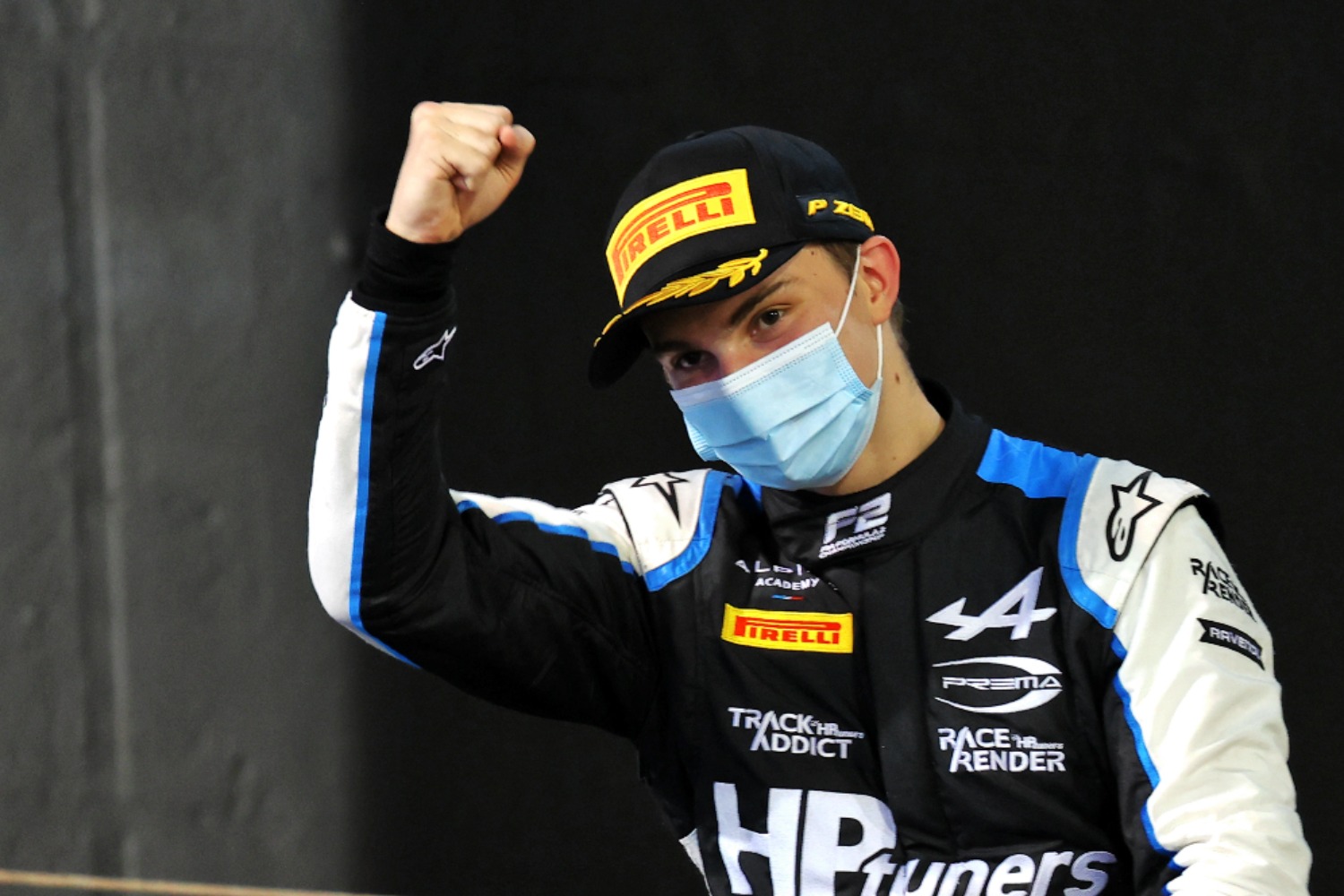