Christian Horner sometimes gets a bad rap for speaking in the interests of his team, but he is one of the team principals that seems to offer the most insight. Red Bull was one of five teams (McLaren, Haas, Renault and Toro Rosso the others) who apparently voted against the 2019 aero simplification regulations. But with the other teams siding with the FIA and Liberty, the rule change goes ahead.

The point of simplifying the front wing is to encourage more overtaking. But along with this, we have to consider that the regulation reset button is being pressed, and when that happens, costs go up and the gaps between teams can grow. Speaking about his dissatisfaction with premature regulation, Horner told Autosport:

“Going from the Strategy Group where no one supported it to a week later a couple of big teams supporting it, it was amazing. The regulations have been rushed through, a lot of them are in conflict with existing regulations, so there’s going to be a meeting on Sunday to tidy it up, whether that’s achievable or not.”

“The problem is that it’s very immature research, it’s focused on 2021, and so there’s no guarantees that it’s going to have the desired impact that’s required. Cherry-picking invariably never works. But in the mean time it’s a completely new car, because obviously the front wing dictates everything that goes over the car.”

Look at the shape of the championship this season. After a fairly dull Australian Grand Prix, we’ve had three incredible races dictated by strategy, safety cars bunching up the pack, three teams in contention for victories and an all-inclusive midfield points scrap. Horner added that changing the rules threatens to disrupt that order thanks to increased costs:

“The cost involved in that is absolutely enormous. For some of the smaller teams it’s going to have a much bigger impact fiscally.”

“For me it’s not been well thought through, it’s been rushed through, and the consequence of that is no guarantee to address the issues that they’re looking at, and a huge amount of cost. And inevitably the grid will separate.”

The 2019 changes are essentially an edit on the 2017 aero bulk up, and it’s all changing again in 2021. F1 finds itself in another stick or twist scenario and as usual, it will twist, inciting change as inevitably positive whilst potentially damaging the competitiveness we’ve seen this season already. The Red Bull boss isn’t fussed about how it affects his own team, though:

“To be honest, it’s a great challenge for the aerodynamicists, so we don’t have any fear of what those regulations present. It just seems entirely unnecessary to be effectively creating a new concept of car for ‘19 and ‘20, and then to do it all again in ‘21, at a time when we’re supposed to be being responsible about the costs in F1.”

Shots fired from Horner – but this time, not from his Red Bull-liveried rifle, but a smoking pistol of general concern. 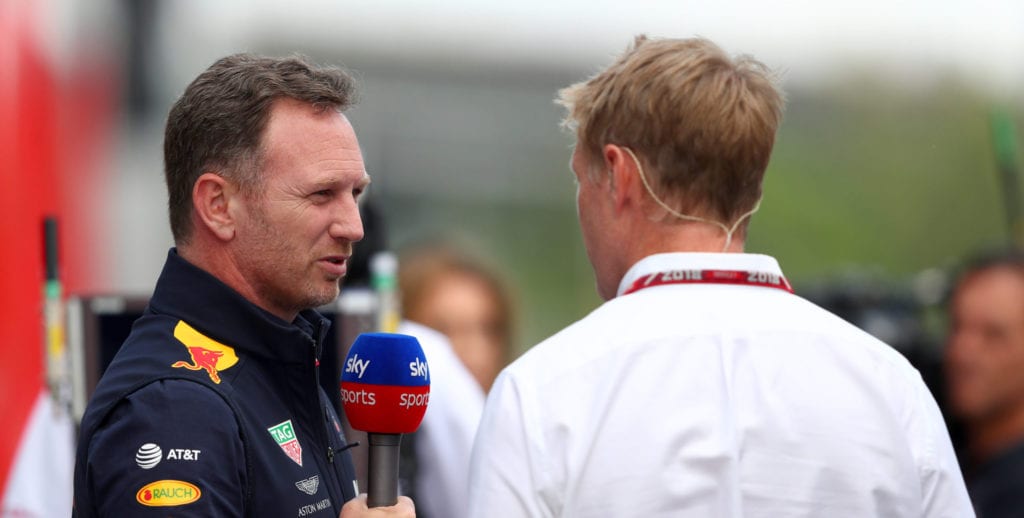