Here’s Why Flexi-Wings Are Bending The Rules

After the Spanish GP, videos were shared showing the Red Bull’s rear wing when the car was going down the main straight. On the surface, it’s just a backwards-facing camera shot. But, if you looked closer, there were some very sneaky aerodynamic techniques being used. The thought is that they’ve been running a ‘flexi-wing’.

That’s a very dramatic intro, of course, and it should be because a flexi-wing is something from the dark arts of F1. It isn’t just a wing that’s bendy, not like those flexi-rulers you thought were cool in school. Oh no, it’s a wing that moves under a high aerodynamic load. Much cooler.

To help make it easier to understand, use the allegations thrown at Red Bull after Barcelona as an example. On the straights, the Red Bull rear wing was able to bend backwards, which means that the wing is lower on the car.

A lower wing means less drag; that’s air hitting the car and dragging it back. Less drag simply means the car is more slippery on the straights and can get a higher top speed.

But at slower speeds, the wing can be positioned higher on the car, so downforce is kept in the corners, and the car can go faster in the corners. It makes it easier to find the compromise between straight-line speed and cornering speed which is the main issue for F1 teams at every track.

Article 3.8, titled “Aerodynamic Influence”, says: “[Bodywork] must be rigidly secured to the entirely sprung part of the car (rigidly secured means not having any degree of freedom).”

This means that the only outside influence on the movement for the bodywork should come from the suspension, not from the aerodynamics. So a flexi-wing is illegal because it moves under aerodynamic influence, which isn’t allowed.

This has been the case for years. The FIA has set tests to make sure that wings aren’t flexible, and these are carried out prior to the weekend, so they all take place when the car is stationary.

The teams know this and have been making the cars legal for the tests with the flexibility only actually happening on track. 0mph is different to 180mph.

The tests used are pull-back and push-down tests. These have been around for decades in F1 to avoid these kinds of issues. They apply a horizontal and vertical load to test the rigidity of the wing. In a letter to teams after Barcelona, the FIA reminded teams that they could increase the loads by 1.5 times the stated amount as a warning.

They’re also making some changes to the tests that are already there like doubling the weight in the pull-back and push-down tests. Crucially though, these aren’t happening until the French GP, which is in a MONTH. So for Monaco and Baku, the wings that have caused the anger can still flex freely. You can see why people aren’t happy.

It doesn’t make much of an impact in Monaco, but it would do in Baku with its 2.2km straight.

Andreas Seidl, McLaren Team Principal, is not happy with how this whole scenario is being handled. “Where we strongly disagree is with the timing of the implementation,” he explained in Monaco on Thursday.

“They’ve had the advantage already for several races, which we are obviously not happy with. But now, allowing them to have a further advantage for some more races is clearly something we strongly disagree with and where we are in conversation with the FIA.

“The FIA has to show a very strong hand on this now. Because, in my point of view, it’s simply not acceptable because teams that are complying with the regulations are at a disadvantage.”

The date has been chosen to give teams time to change their designs which must be really annoying if your car is legal. Teams who are basically cheating are being given a free pass to change them!

It all seems a bit dodgy and political, to be honest, and it sounds like we’re not alone in feeling this way. The topic is probably going to rumble on for some time. Expect a lot of angry team principals come Baku.

What do you think about the Flexi-wings? Let us know in the comments! 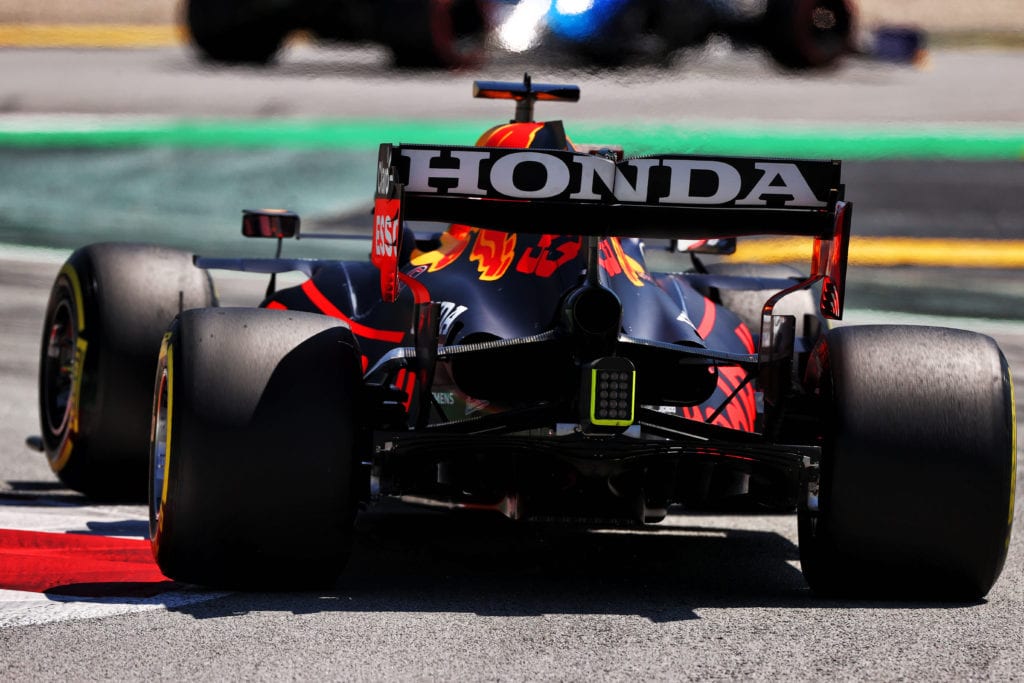