Here’s Why Racing Point Decided Against Changing The Team Name

When Force India changed owners last year, the name of the team changed to ‘Racing Point Force India’ and then simply became ‘Racing Point’ once the season had finished.

At the time the team said that this was just a placeholder and that the Canadian-owned, Silverstone-based squad would have a nice, shiny, new name in time for the start of the season. However, that was confirmed not to be the case once the official FIA entry list came out and the team was listed as – you guessed it – Racing Point.

During the team launch in Canada, team principal Otmar Szafnauer revealed why the team ended up sticking with the name:

“We’ve all come to the conclusion to that basically we’re a team of racers and there’s nothing wrong with Racing Point and it encompasses who we are. We thought it was an appropriate name, let’s make it wonderful and let’s take that name and give it some history and time and some heritage. Racing Point is what we got to. I think it’s appropriate and thanks to our new title partner SportPesa they are part of the name too.”

Ahh yes – the team is officially known as SportPesa Racing Point, which is a little bit of a mouthful, so expect it to just be shortened to Racing Point in much the same way that the Mercedes AMG F1 W10 EQ Power+ just gets called the Mercedes W10.

And sure, the name Racing Point sounded a bit unusual at first, but we’re kinda getting used to it already – the fact that the team isn’t called Force India is taking a bit of getting used to. It’ll probably be a similar thing with Alfa Romeo and Sauber. 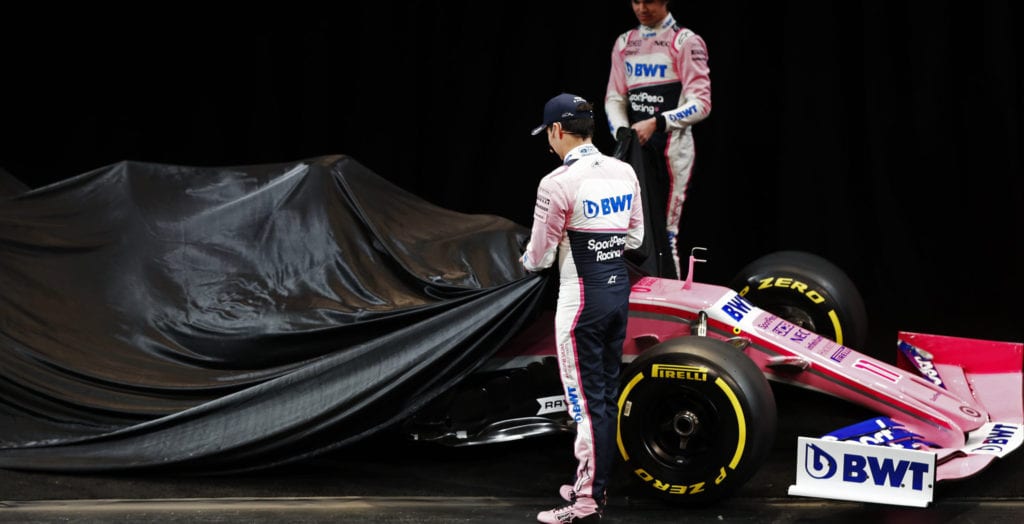