Here’s Why Verstappen Wasn’t As Fast As Expected At The End Of The Russian GP – WTF1
Skip to content
×
Formula 1 , News

A few years ago it was a bit of a meme when Verstappen would win the driver of the day vote every week, but this time he absolutely deserved it. After starting 19th, he made it up to fifth in just nine laps. That was impressive, but what really stood out was his pace in the middle of the race.

Despite being on old soft compound tyres and in a car which loses out quite a bit on the straights, Verstappen consistently pumped in times just as quick as those from the Mercedes and Ferrari drivers and was able to stay ahead quite easily. It was actually slightly frustrating to watch – what if he hadn’t had all those engine penalties?

Verstappen’s sole pit stop was still exciting, though, because we knew he’d be on a nice fresh set of grippier, faster-compound tyres. If his pace was strong, there would have been just enough time for Verstappen to chase down Kimi Raikkonen for fourth – and maybe even get close to the top three. However, he didn’t really show any signs of speed after his stop, which was slightly surprising – in fact, he only set the fourth-fastest lap of the race.

Why? Well, it’s because the team felt it made more sense to save the engine for future races. Horner told Sky F1:

“It was a shame he had to make the stop really, but of course it is mandatory. The other compounds were very fragile, so we stopped as late as we could, but we could see already they were starting to chunk up a little bit. At that point you are too far behind Kimi to have a go at him, so it was a question of ‘we took the penalty of the engines here, let’s save these now for the races coming up’.”

“I think we had a really competitive race car this weekend. I think we would have been in the mix, and of course early on in the race they all start pacing themselves.

“We had a car that was very good on its tyres today. There was no sign of any blistering on the soft tyres for us today and it would have been nice to start in normal grid positions. But we have salvaged a good result out of this, and we’ve got a couple of engines up our sleeves for the final five races.”

Of those final five races, two could be a realistic place for a Red Bull win – if last year is anything to go by, anyway. In Suzuka last year Verstappen was a very close second behind Lewis Hamilton, and he of course won in Mexico.

If anything, Red Bull’s relative race pace seems even better this year, so there is a genuine chance that we could see one of them on the top step before the season is through (reliability pending).

That’s probably a situation Hamilton wouldn’t mind too much, but Sebastian Vettel needs wins – the last thing he needs is another team taking points away from him. 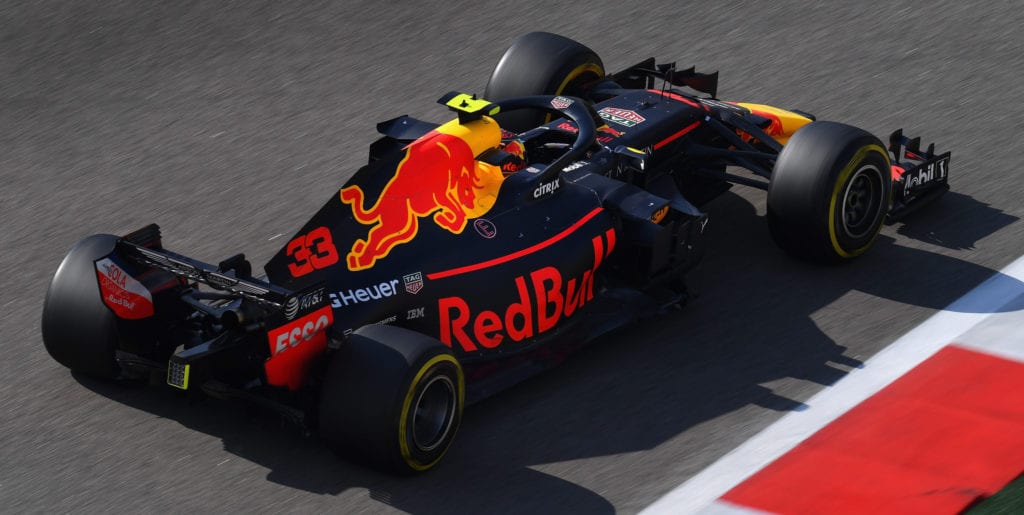