Past the forty lap mark the Cooper team in the pits began to notice a white spot on one of the front tyres, then two. The spots gradually grew into stripes, broadening with each lap; the rubber was wearing right down, exposing the canvas inner case of the tyre. Moss’s lead was growing but a change of tyres would put him back down the field. Lap after lap he refused to stop until gradually it dawned on the Italian teams that they had been bluffed. Moss had planned all along to go the full distance without stopping at all.

The little car came home first, 2.7 seconds ahead of the pack.

High Performance also tells the exhilarating tale of the rebel designers who created the finest automobiles the world had ever seen.

Sketched on the back of envelopes and welded together in garage back rooms, these cars hammered the competition in the showroom, on the road and on the track. Colin Chapman, Alec Issigonis, John Cooper and William Lyons did for British cars what Lennon and Jagger did for music, Conran and Quant for style.

High Performance is a white-knuckle tour of Britain’s automotive triumphs, available from Amazon, Waterstones, WH Smith and all good bookshops. 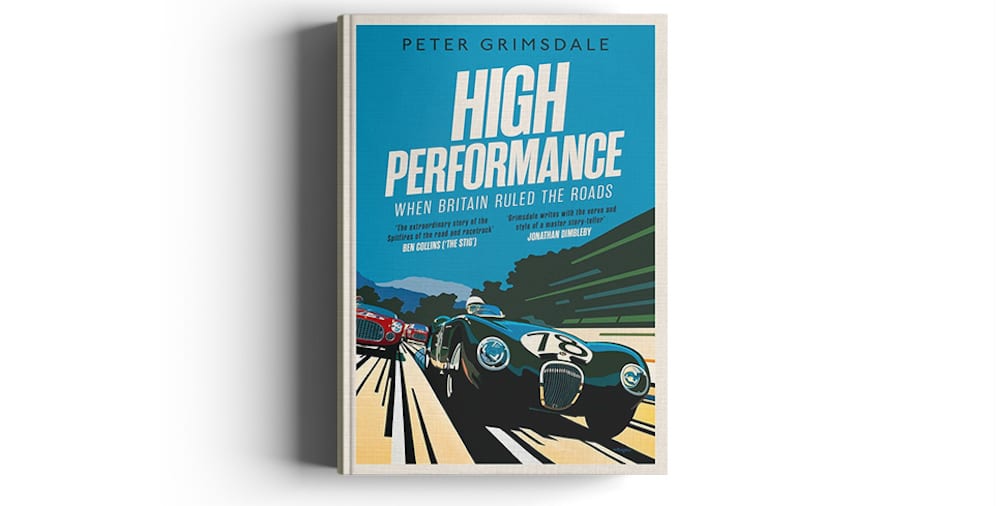