When Graham Rahal tried to overtake Sebastien Bourdais, neither driver wanted to give way, resulting in the pair of them colliding and crashing out of the race. That caused a few of the cars behind them have an accident, too, with Felix Rosenqvist and Zach Veach also crashing out and Charlie Kimball having a spin.

With cars littered everywhere, the next challenge would be for the following drivers to avoid the carnage, with this onboard with Hinchcliffe giving a great view of just how hard it is to navigate the wreckage at speed.

(Make sure you’ve got the sound on to hear his spotter trying to guide him through!)

Watch the @SPMIndyCar crew keep the No. 5 clean (somehow) through a big crash at @IMS.#INDYCAR // #Indy500 pic.twitter.com/4bHVBMrHUp

Hinchcliffe went onto finish a solid 11th – not bad, considering he started 32nd! 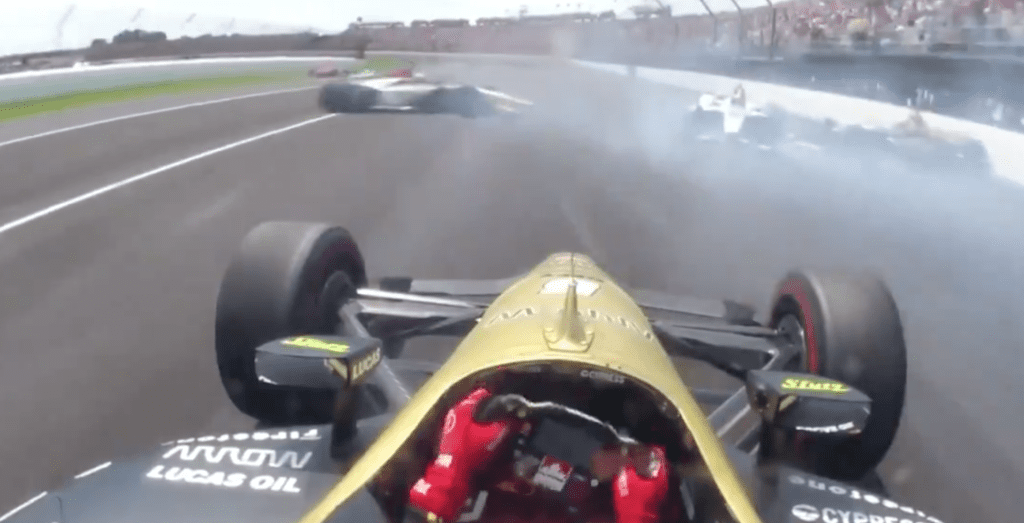