Honda Has Revealed Why There’s Been So Many Problems With Its Engines This Year – WTF1
Skip to content
×
Formula 1 , News

Honda completely changed it’s engine concept for 2017 but things haven’t exactly gone to plan, as both McLarens have suffered horrible reliability and performance from the new package over the first half of the season.

Right from testing it was clear that there were fundamental issues with the power unit and things have scarcely got better since. It put a serious strain on on the relationship with McLaren and for a while it lookedl ike the team might switch engine suppliers before the season was even done with.

The team has also explored the idea of making a switch next year but that doesn’t look like it’s going to happen now, so will be relying on Honda getting it’s act together.

The exact reasons for the extreme terribleness of the Honda engines has never officially been made clear, although massive vibration has frequently been banded about as the main cause of the failures.
Honda chief Yusuke Hasagawa has now confirmed what the main issues were, and that the engine wasn’t meeting targets right from the beginning. Speaking to Honda’s own website, he said:

“Before the first winter test we confirmed that it ran on the dyno. At that moment we knew that the power was not delivering to our target. Then, at the Barcelona test, we found more issues on the car, such as the oil tank issue. It was a car-related issue. This is not a complete engine issue, but of course it is very important.”

He also said that there were issues when running the engine in the car because there are certain things that Honda can’t test on the dyno.

“Many items we could not test on the dyno, so it is normal that we need to check some functions in the car. The oil tank is one of the biggest items, so we have a rig for the oil tank but we cannot recreate the same types of G-forces and conditions as in the car.

“Of course, by design we have to consider the actual car situation in theory, but sometimes it is not always the same situation so that is why we had some issues with the oil tank first.”

“The second issue was down to the vibrations. On the dyno, the model is stiffer and heavier, so it doesn’t create any synchronised vibrations, but on the car – with the gearbox and the tyres – there is a much lower level of inertia.

“Low inertia does not always create vibrations but it’s completely different from the dyno and that’s why we suffered a huge vibration on the car. Of course, we were aware some level of vibration would come in the car but it was much bigger than we expected.”

Indeed at one point back in May the vibrations were so massive that they shook Fernando Alonso right out of the car and into a completely different series!

But despite the myriad issues Honda is still pushing through with the concept and working flat out as the year goes on.

“We don’t stop developing, we need to keep updating. Of course the performance and results are the most important things but it’s all learning for the future too. Compared to last year we needed to modify the engine concept, but next year we will keep the same concept.

“It’s good that we can use the same concept because this year’s development and improvement is directly connected to next year. So that means we don’t need to stop the current development, and from that point of view we have already started next year’s design.”

A ‘Spec 4’ engine is due to be introduced at some point later in the year, as any ground Honda can make up this season will put it in a better position for 2018. Well, that’s if it actually has any teams to supply! 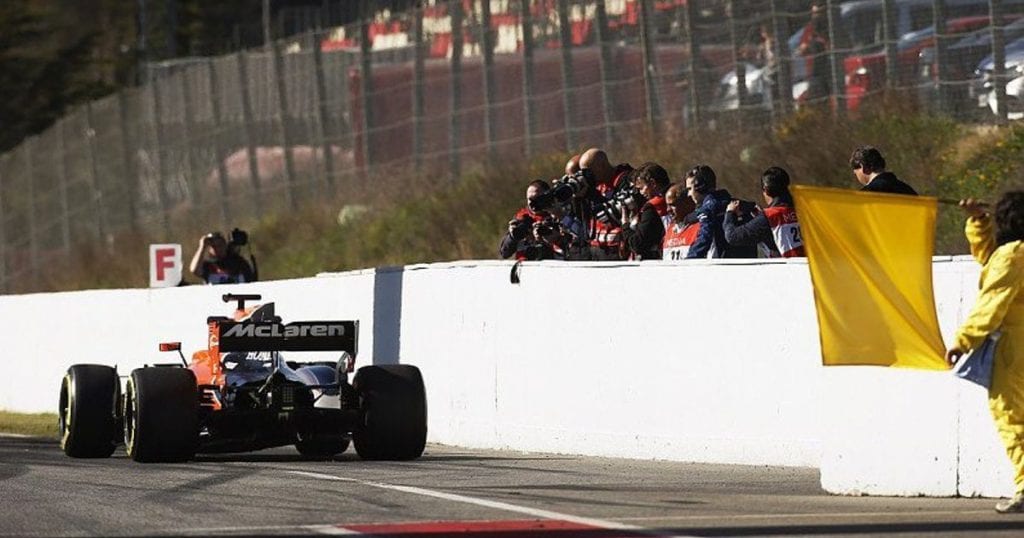