Earlier this year it was announced that Honda would supply Sauber with its engines in 2018, leading to the possibility that Honda might place a young Japanese driver in one of the cars as part of the deal.

However It was later suggested that the Sauber-Honda deal had not gone through and that the Swiss team was looking at either sticking with Ferrari or potentially even making a switch to Mercedes.

But now it looks as though the Honda deal could be on after all as the team has announced that Nobuharu Matsushita – a Honda Junior driver – will drive for the team in the Hungarian Grand Prix test.
The former Japanese F3 champion has been part of McLaren-Honda’s driver development programme since 2016, but this will be his first opportunity to actually drive an F1 car. He’ll take on driving duties for Sauber on day two of the test, with fellow F2 driver Gustav Mallya getting behind the wheel on day one. Speaking about the opportunity, Matsushita said:

“When I was four years old, I was fascinated by Michael Schumacher, watching him racing in Formula 1. Since then my dream was to become a Formula 1 driver. I am very excited about my first Formula 1 test and I am really looking forward to driving the Sauber C36-Ferrari at the Hungaroring – it is a great opportunity for me.”

As well as the Honda connection, Matsushita has also spent three seasons in Formula 2 (formerly GP2) driving for the ART team. And who is ART run by? Yup, Frédéric Vasseur – the new Team Principal of Sauber.

If Sauber does continue with the plan to run Honda engines next year then running one of its drivers could be part of that deal, and although Matsushita doesn’t yet have enough points for a superlicence, getting him to take part in the test could be the first sign that Sauber-Honda is going to be a thing after all. 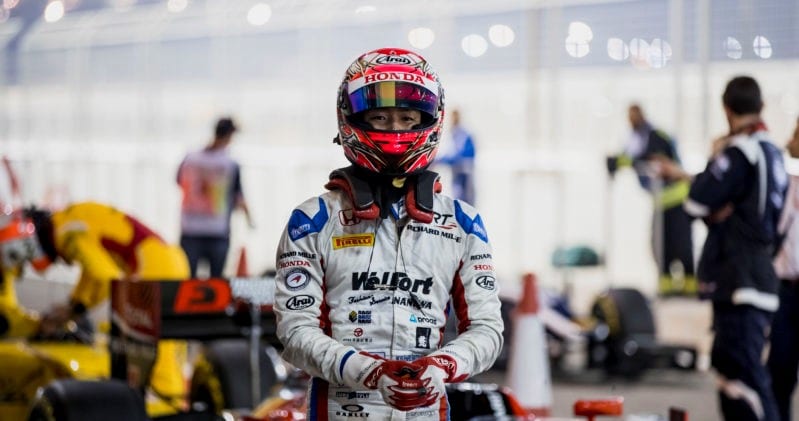