Following a whole host of problems with Honda’s power unit in winter testing, the first three races of the new F1 season haven’t gone much better for McLaren.

While Fernando Alonso and Stoffel Vandoorne have ran in the midfield when their cars have been working, both have only registered one classified finish.

Even then, Alonso failed to reach the chequered flag in Bahrain, but was classified 14th anyway, while Vandoorne didn’t even start the race due to engine woes.

So, Honda desperately needs to introduce changes to combat the lack of speed and reliability – Alonso said in Bahrain he had never raced with less power in his life.

The Japanese engine supplier is set to try out new ideas at the post-Bahrain GP test, which takes place on Tuesday and Wednesday.
Vandoorne and McLaren test driver Oliver Turvey will try a load of new Honda concepts, ahead of a major upgrade package expected in a few races time (between Spain and Canada).
Honda’s F1 boss Yusuke Hasegawa told Autosport.

“Some of the ideas [will be tested]. But it will not be a totally [new engine]. We don’t decide to disclose [when the upgraded engine will appear], I have my target but because it is not ready we don’t say. I don’t want to give the fans too much expectation, so I will wait.”

It’s clearly a frustrating time for McLaren, as Alonso’s increasingly angry radio messages (and decision to ditch Monaco for the prestigious Indianapolis 500) prove.

Bahrain wasn’t particularly encouraging though, you’d expect problems to go away as the season progresses but the issues keep on coming. It’s ridiculous, really.

Honda needs to find a solution quickly, otherwise who knows what could happen next for its partnership with McLaren. 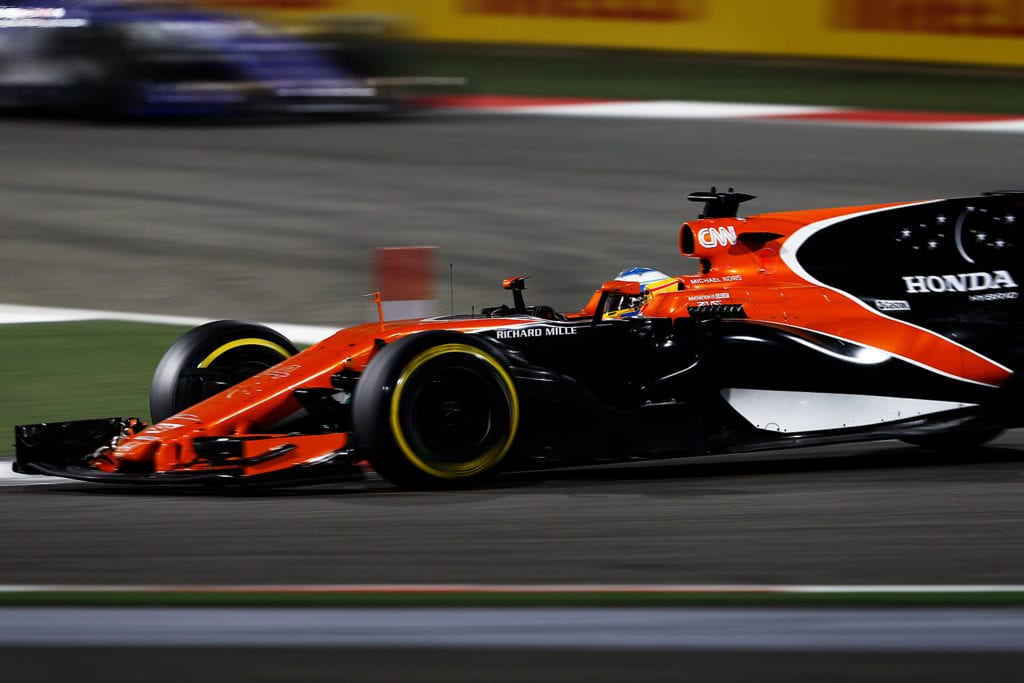