Horner Claims Mercedes And Ferrari “Working As One Team These Days”

In what sounds like the first line in an F1-themed Star Wars spoof, Red Bull’s Christian Horner has felt a disturbance in the force, and believes that a Mercedes-Ferrari alliance exists to the effect of having a far-reaching influence over the 2021 engine regulations.

Horner suggested that F1‘s top two teams were cosying up to each other on the launch sofa, and in the context of pushing and vetoing upcoming regulation changes, are working in some sort of unity. He said,

“Mercedes and Ferrari are working as one team these days. Sometimes it is difficult to tell which is which. For the last couple of years there has been a very tight relationship between Ferrari and Mercedes.

They even broadcast each other’s launches and things like that these days.”

Hey, is that a red winglet on the W09? Not quite, the unity that Horner implies is one of negotiating power in shaping Formula One’s future. Teams looking to “disrupt” the dominance of Mercedes are hoping that a regulation reset happens in 2021, and if it upsets Mercedes then that is a bonus.

Horner continued by telling Sky Sports how significant transparency between Liberty Media and the FIA is during these upcoming negotiations, especially if Mercedes and Ferrari are unified on the issue.

“It really needs alignment between the commercial rights holder and the governing body. As soon as they are on the same page it becomes irrelevant what the teams want. First things first, they need to align themselves and then present what they want the regulations to be, particularly as far as the power units are concerned. We’ve got interested parties sitting outside Formula One and again, timing is crucial for them if they are looking at entering F1 in 2021.

Liberty had a positive first year, they did a lot of good things around the sport. But a lot of that is window-dressing, it’s not dealing with the fundamentals of the product. The next 12 months is going to be a crucial 12 months for the FIA and for Liberty, where they’ve got to get on the same page and then present what they want to do and what they see Formula One as from 2021 moving forward. That is so important to the entrants to know what they’re signing up for.”

It is clear why Mercedes and Ferrari would be opposed to drastic engine regulation changes. Under the current specifications, both teams have made themselves the biggest benefactors, whereas Red Bull Racing seem to be stuck in third place.

Each team will seek the solution that gives them the biggest advantage. The threat to quit from Ferrari is a big wager that prevents the commercial rights holder and governing body from acting without considering the view of the teams, and Horner’s comments call for alignment whilst adding to a divisive debate around what the sport should aim to be from 2021. 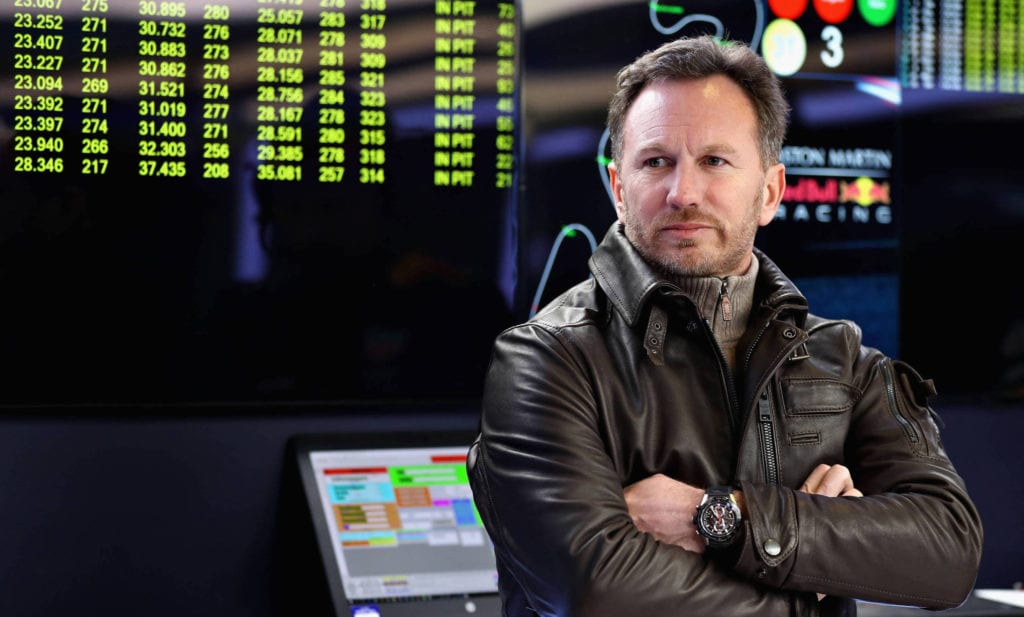