Horner Has Explained Why He Thinks Ricciardo Is Leaving Red Bull

Last week, Ricciardo announced his decision to leave the Red Bull programme after a decade of service, including five seasons at the senior team. The news came just days after he hinted that his contract situation would be resolved, post-Hungarian Grand Prix.

Horner, speaking on Formula 1’s official podcast Beyond The Grid, said that he finds the Australian’s reasons for the move to Renault “difficult to understand”, but accepted that the 29-year-old wishes to search for a new challenge in order to fight for a maiden World Championship.

“Daniel said he decided after a long flight to America that he wanted a change. If you look at the rational reasons for that, it’s difficult to understand. He had his reasons. I think it comes back to wanting to take on, his words, ‘a new challenge’. I could understand if it was to Ferrari or Mercedes. But it’s an enormous risk at this stage in his career.”

Horner continued by suggesting that Ricciardo feared Verstappen’s continuing progression and the possibility of having to take a back seat in order to aid the Dutchman’s success in the future.

“I also feel he sees Max growing and growing in terms of speed and strength and he doesn’t want to play a support role I guess, for want of better words.

“It’s not that they were treated in any way different. They would have absolute equal status, as they’ve always had. I can’t help but feel that was perhaps a large part of Daniel’s decision.”

The 44-year-old added that Red Bull tried everything to get him to continue with the team:

“We bent over backwards to make it happen. At the end of the day, we gave Daniel everything that he wanted and asked for and it still wasn’t enough I think, in his mind, to say that he wants to stay at Red Bull.

“It wasn’t about money, it wasn’t about status, wasn’t about position or commitment or duration, I think he felt that ‘I need to take something else on at this stage of my career’. It might be an inspired choice, it might be one that he regrets.”

Horner revealed that when he heard the news last Thursday, a day before the official announcement, he didn’t initially believe it.

“He rang me, literally yesterday afternoon, to say ‘I’m going to Renault’. I said, ‘Is this a wind-up for the summer holidays?’ It then became very clear that that was his choice and you have to respect that. Renault are a growing team, they’re committing resource there. Maybe it’s an inspired choice.”

Red Bull are yet to announce the driver that will take Ricciardo’s place, with the now Renault-outbound Carlos Sainz and Toro Rosso’s Pierre Gasly the favourites for promotion, with Helmut Marko recently dismissing claims that Verstappen has vetoed Sainz as “bullshit”.

So, there you have it. Do you agree with Horner’s opinion? Let us know in the comments. 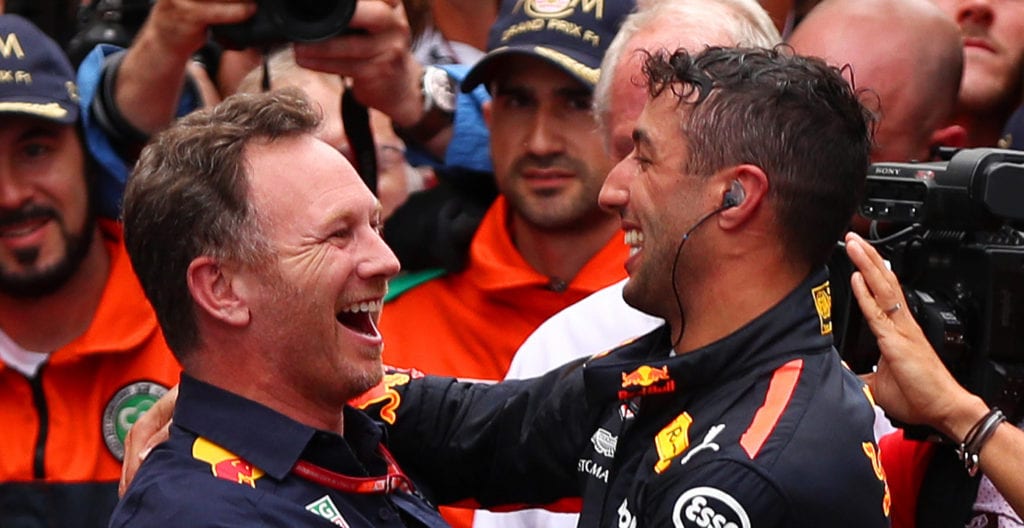