The Hungarian Grand Prix produced an alarmingly similar tune for Red Bull. Max Verstappen takes the fight one-handed to Mercedes and Ferrari – well, Mercedes in particular at the Hungaroring – while Gasly lags behind and is lapped by his teammate. In fact, Gasly spent the majority of the race in sixth, stuck in the DRS range of McLaren’s Carlos Sainz – yet failed to even attempt a pass. Verstappen, meanwhile, came so close to a second victory in as many races with a superlative-inducing drive.

Red Bull’s motorsport advisor Dr Helmut Marko also hinted that Gasly may be receiving an unwanted phone call at some point in the summer break, despite previously saying that Red Bull would not consider changing its driver line-up before the end of the season. Marko said to Motorsport-Magazin:

“We’re going to go into the summer break first, then we’ll see what happens next.”

Horner was a little softer in his approach, but said that Gasly must use the summer break for reflection and a mental reset. In last year’s Hungarian GP, the Frenchman also finished sixth – but wasn’t lapped – in a Toro Rosso. He continued to say that while Red Bull will aid his recovery, racing the midfield cars is not the level he should be at in race-winning machinery. Horner told ESPN:

“It’s been a frustrating weekend for Pierre. The start wasn’t great, the first lap wasn’t great, and we shouldn’t be racing Saubers [Alfa Romeos] and McLarens, we need him to be racing Ferraris and Mercedes, and everything we can do to help him to achieve that is what we will do.

“I think he really needs to take some time out during the summer break, reflect on the first half of the season and take the lessons from that into the second half of the year. It’s vital for us if we are to stand any chance of catching Ferrari that we have him finishing further ahead. Our intention is to leave him the car until the end of the year. But we desperately need to see him realising more of the potential of the car.”

Gasly could have played a big role in securing victory for Verstappen in the last 20 laps of the race. With Ferrari off the pace, and Valtteri Bottas thrown out of the picture by a first-lap collision with Charles Leclerc and a resulting pitstop, Mercedes decided to pit Lewis Hamilton from second place for fresh medium tyres with no fear in losing track position. Hamilton questioned the decision, but it turned out to be an inspired one and helped him win in Hungary for the seventh time in his career.

Horner believes that if Gasly was closer to Verstappen in terms of pace, he could have been ahead of the Ferraris and robbed Mercedes of the luxury of being able to pit a frustrated Hamilton.

“The problem is [Gasly] is not in the mix at all, so it’s not like if Lewis pitted he was going to come out behind him or anything like that. But today, both Mercedes and Red Bull had one-legged races with the teammates out of contention.

“Obviously not having two cars running at the front does hurt us, particularly in the Constructors’ Championship where we scored the same amount of points as Ferrari today on a track where we should have taken more out of them.”

The gap still stands at 44 points between Ferrari and Red Bull, while Verstappen extends his lead over Gasly in the Drivers’ standings to a whopping 118 points. Plus, Gasly is only five points ahead of Sainz in the championship

It doesn’t make for easy reading. 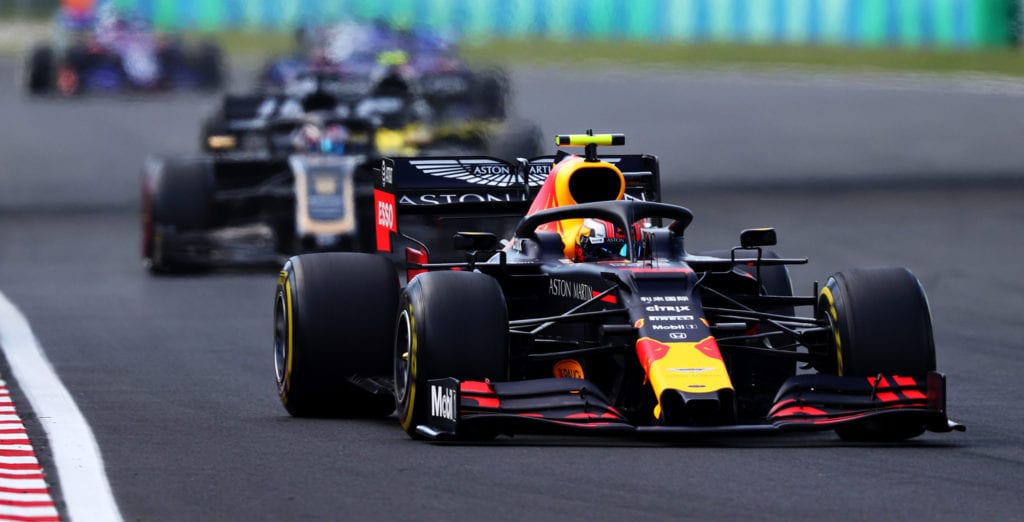