Horner Is Getting Fed Up Of Verstappen’s Constant Errors – WTF1
Skip to content
×
Formula 1 , News

Horner Is Getting Fed Up Of Verstappen’s Constant Errors

Most of us don’t get any thrill out of highlighting the flaws of F1 drivers, and this is certainly the case with Max Verstappen. His FP3 error proved catastrophic for qualifying despite the efforts of the mechanics on his side of the garage. The fix for Q1 fell short, and Daniel Ricciardo’s blistering pole lap is salt in the wounds for what could have been for Max Verstappen.

It perhaps should have been a front-row lockout in qualifying with a clear two-tenth gap to the other top teams. Christian Horner isn’t too happy with his driver, who is now in for the recovery drive of his life should he wish to even score points in the race. On Verstappen’s error, Horner told Channel 4:

“This place bites and he got bit pretty hard today in a session which doesn’t really count for anything other than setting the car up. He’s in a car that’s capable of winning this grand prix and that will hurt him even more because you don’t get that many opportunities to win a Monaco Grand Prix. He needs to learn from it and stop making these errors. He knows that more than anybody. I would think it was a pretty painful qualifying for him watching what could’ve been.”

“For the whole team to be with such a strong car only running one-legged is frustrating. But I have to compliment all the guys in the garage. Both car crews doing their best to get him out into that session but unfortunately this time it wasn’t to be.”

It’s not as if Verstappen has only hurt his own efforts, either – the lack of a wingman teammate could hurt Ricciardo’s chances of winning, too. Red Bull having only one driver at the front compared to the two of Ferrari and Mercedes puts the team slightly on the back foot with strategy. 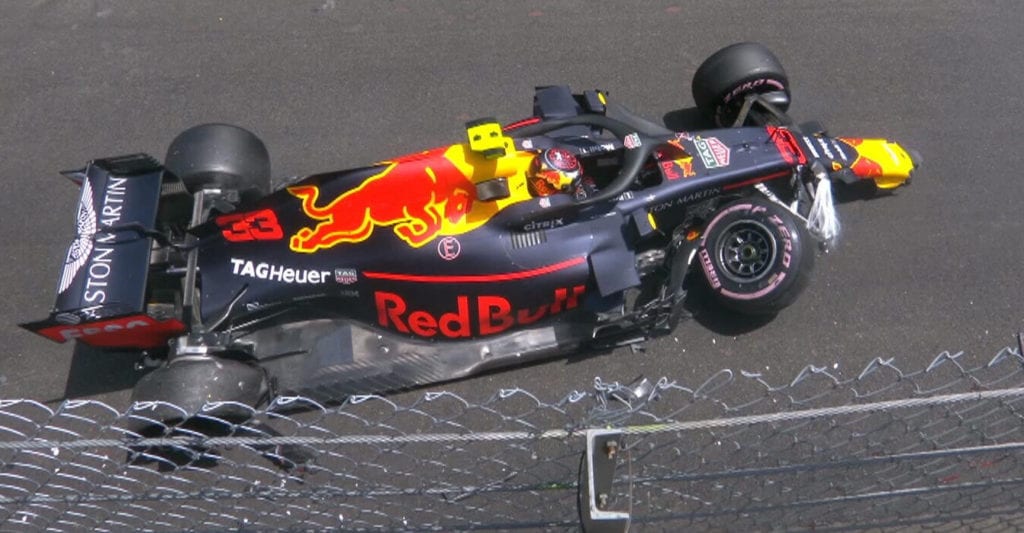