Horner Jokes That F1 Will Soon Be Telling Him Which Way To Walk Into His Garage – WTF1
Skip to content
×
Formula 1 , News

Red Bull boss Christian Horner thinks the new pitstop rules that the FIA are going to bring in from the Hungarian Grand Prix are a bit ridiculous, and we might agree with him on that. Speaking to the media, Horner has now joked about what else the FIA could possibly try and control.

“We’re going to be told which way to walk into the garage, where we should sit on the pitwall and which buttons we should press,” Horner joked, although we wouldn’t be surprised if he was actually being a little serious. We’ve all seen how much he loves to create some drama from his time on Drive To Survive and we wouldn’t have him any other way.

So, why is Horner so unhappy with the FIA at the moment? Well, it’s all to do with pit stops.

The FIA is going to start monitoring the lengths of pit stops to make sure teams aren’t doing them too fast and are giving time to make sure they’ve got their tyres safely on the car. Yes, the pit stops are too fast!

It’s good to make sure tyres are on safely, yes, but the way they’re going to do this is to make mechanics wait two tenths after they’ve done it to say it’s done. Not some automated wheel nut sensor or the return of a lollipop man, but making a mechanic wait for a bit. Really cool, FIA.

Red Bull are the world record holders for pit stops and every time they’ve done a pitstop under 2 seconds, they’ve done it safely. Obviously, Christian isn’t impressed with the new rule.

But it was almost cancelled out seconds later 😱#BrazilGP 🇧🇷 #F1 pic.twitter.com/Zk0bPLimNc

“To have to hold the car for two tenths of a second you could almost argue it’s dangerous because you’re judging your gaps, the guy that’s releasing the car is having to make that judgement and I think that it’s not been well thought through,” he said.

“F1’s about innovation and competition and seeing pitstops sub-2s is a remarkable feat. We should be encouraging it, not trying to control it, otherwise where does it stop?”

Perhaps the drivers should have to wait two tenths of a second after the lights go out to start the race to make sure the lights have definitely gone out. They need to use that time to double check!

Or maybe another rule for pit stops; mechanics will need to sit in their garages until a car has definitely arrived in the pit box for two tenths of a second before they go and do the pitstop. You know, just to be sure.

What do you think of the new pitstop rules? Are they the right idea? 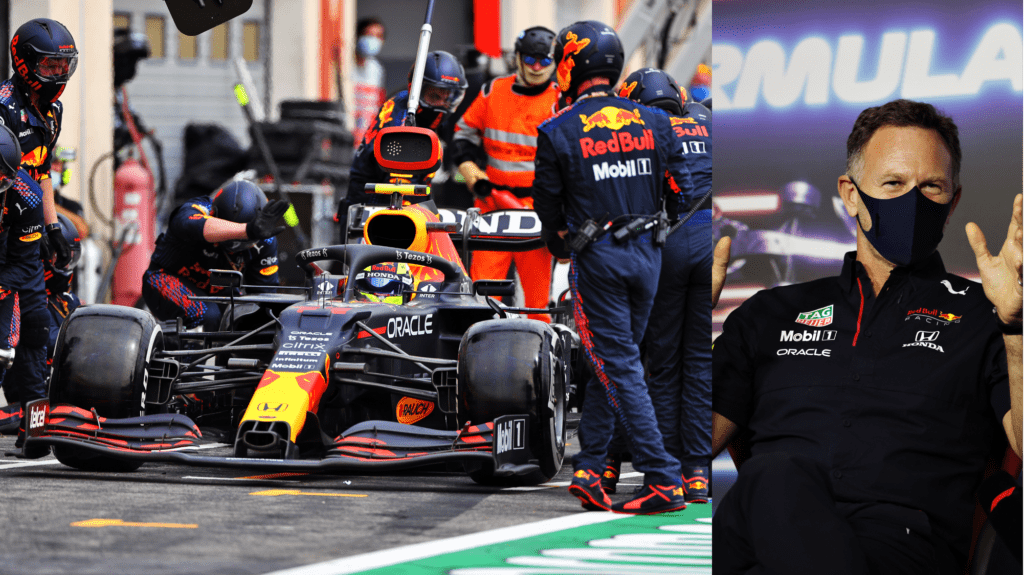