Horner Reckons A Mercedes Meltdown Is Needed To Put Verstappen In The Title Fight – WTF1
Skip to content
×
Formula 1 , News

Mercedes briefly toyed with the idea of Verstappen turning into a championship threat after another superb drive in Hungary last weekend, finishing second to Lewis Hamilton. The Dutchman has scored the most points of anyone in the last four races with 81 points out of a possible 104, and scythed down the gap to Valtteri Bottas in the Drivers’ Championship. However, catching Hamilton is a very different proposition – the reigning champion holds a commanding 69-point lead over Verstappen with just nine races remaining.

Horner says that it will take three miserable races for Mercedes and Hamilton to make a challenge viable. But, Hockenheim showed that even the best-oiled machines can falter occasionally. For Red Bull and Verstappen’s sakes, they’ll hope it wasn’t three years of misfortune and errors rolled into one weekend. Horner said to Motorsport.com:

“Lewis has close to a three-race advantage with nine races to go, so he would have to not turn up for three races. It is hugely unlikely. They would have to f**k up by gargantuan proportions not to win this championship. I think our target in the second half of the year is very much to close that gap. And as we get more performance on the car as Honda continues to make progress, this is very much a building year as we transition into 2020.”

Red Bull suffered a relatively slow start to its season, despite Verstappen finishing in the top four in each of the first six races. Monaco aside, however, he never looked a genuine contender for victory with Hamilton and Bottas sweeping up the honours in convincing fashion.

Red Bull’s motorsport advisor Dr Helmut Marko said earlier this year that the team had managed to work around the simplified aerodynamic regulations, and even retain the downforce levels it had achieved by mid-2018. But Horner believes that the rule changes did initially hurt Red Bull, and the upgrades brought to the Austrian Grand Prix in June resolved the early-season troubles.

“I think that the regulations change over the winter definitely did hurt us with the way we worked the front wing. But I think as the team have gained more understanding and have been able to use these new regulations better, we have been able to recover balance and characteristics of the car. Of course, that was combined with a tyre construction change as well, and those two elements hit us quite hard on the chassis side over the winter.

“But I think definitely we have made really good progress there in the last few months and hopefully with the development we see in the second half of the year, we have got a good vein of development that should continue to develop that.”

It’s been a trend in the past few years – Red Bull has a slow start to the season before finishing incredibly strongly and raising hopes of a serious challenge the following year. Verstappen has two incentives after the summer break: his own quest for a maiden world title and to continue the one-man fight against Ferrari for second in the Constructors’ Championship.

With the rules staying stable for 2020 before a huge shake-up in ‘21, could next year be the time for both parties? 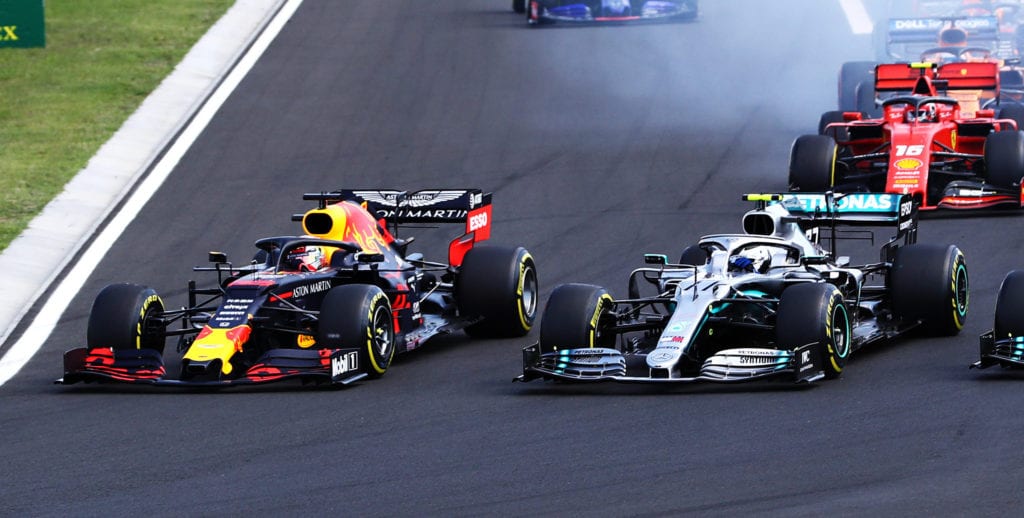