Horner Says Ocon Was “Lucky To Get Away With A Push” For Ruining Verstappen’s Race – WTF1
Skip to content
×
Formula 1 , News

Verstappen’s anger at losing the race win simmered into a boil after the race and when he encountered Esteban Ocon in the weighing room. The drivers appeared to get all up in each other business and Verstappen responded by giving Ocon a few firm shoves. Slightly surprisingly, Christian Horner also backed his drivers’ physical response. He told Sky Sports F1:

“I think Max has been pretty restrained. It’s cost him a grand prix victory. He’s driven his heart out with a damaged car. Esteban was lucky to get away with a push, to be honest with you. Emotions are running high.

Max himself showed little remorse afterwards. In the post-race press conference he was asked about the skirmish and said:

“I don’t really have a lot to comment on that except that he was being a pussy.”

Oooooh boy, this is going to get intense. Drivers getting physical with each other is rare in F1 and there are rules against it. As a result, both drivers have been summoned to the stewards. 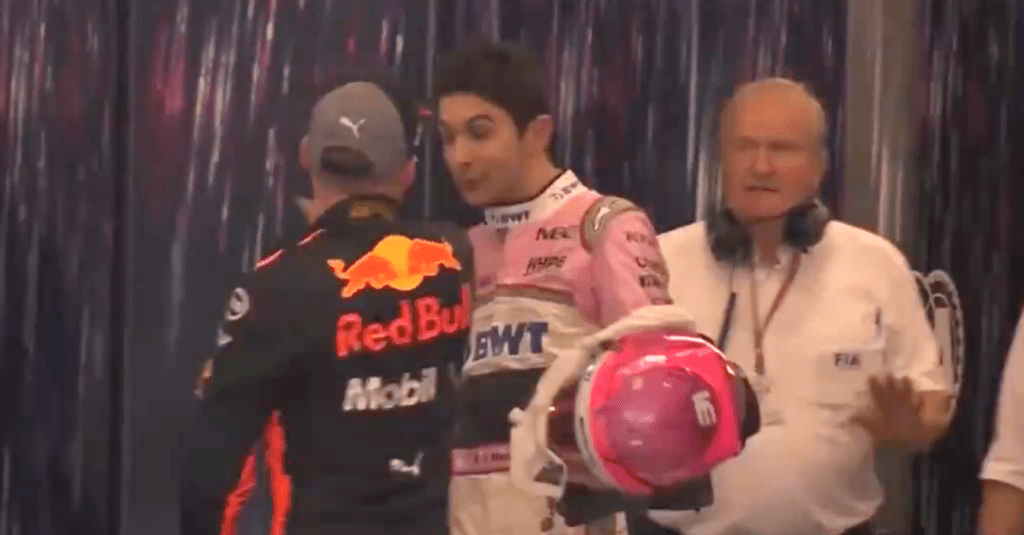