Horner Says Verstappen’s Incidents Remind Him Of A Young Vettel

During the 2010 Belgian Grand Prix, Vettel somehow managed to T-bone Jenson Button’s McLaren in a straight line whilst trying to overtake him, taking the Brit out of the race. That led the then-McLaren team principal, Martin Whitmarsh, to give Vettel the nickname ‘crash kid’. It followed on from incidents in the Turkish GP, where Vettel hit Mark Webber whilst battling for the lead, and in Silverstone, where he made contact with Lewis Hamilton at the start.

He went on to win the title that year anyway. Since then, his driving has (mostly) matured and now he’s seen as one of the best wheel-to-wheel racers on the grid.

Christian Horner sees a parallel between this rough patch for Vettel and what Verstappen has been going through this season with the spin in Australia, collision with Hamilton in Bahrain, and… well, whatever those last 20 laps were in China. He said:

“Yes he’s made some mistakes. But I remember when Sebastian was at a similar stage in his career, it wasn’t uncommon that he also made some mistakes. I’m fully confident that he’s a phenomenal talent. He’s smart enough to recognise the areas he needs to work on and I’ve got no doubt we well address that.”

Following his collision with Vettel, Max now has five penalty points on his licence. Two came from this weekend, one from his corner-cutting pass on Kimi Raikkonen in Austin last year, and two from spearing his teammate out of last year’s Hungarian GP. 12 penalty points over the course of a year means a race ban, so if he gets seven more between now and this year’s Hungarian GP, he’ll be spending a race on the sidelines.

That seems very unlikely but if it does happen, Red Bull will have to make a sheepish phone call to Daniil Kvyat: ‘Errrm, hey Dany, it’s Dr Marko here. I know we treated you terribly and I know you’re with Ferrari now, but can you do us a cheeky favour…?’ 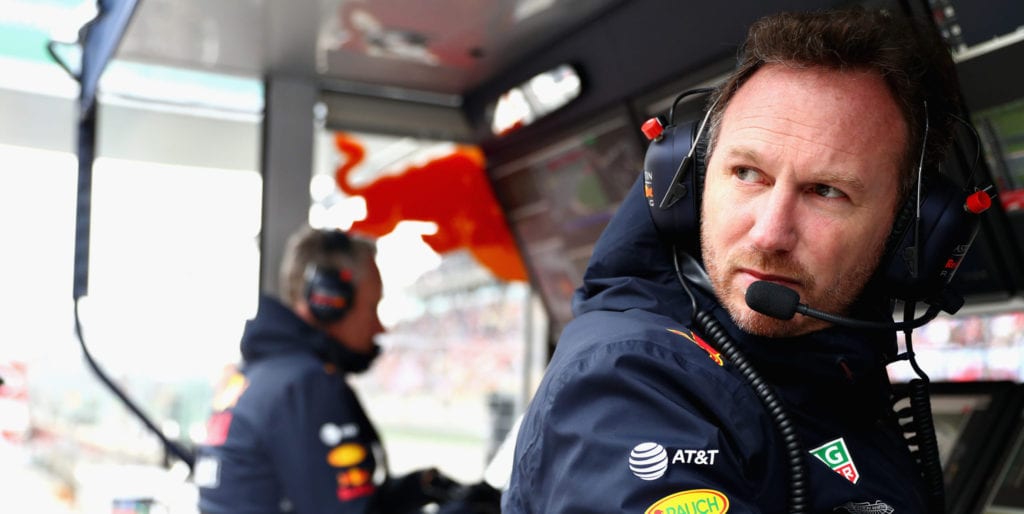