Horner Thinks If Red Bull Beat Mercedes In France They Can Do It Anywhere – WTF1
Skip to content
×
Formula 1 , News
2 comments

As we approached the French Grand Prix, we all knew that this was a track well-suited to Mercedes. Lewis Hamilton had the two previous pole positions here and was hunting down a third. That was until Max Verstappen said, ‘hold my Red Bull’ and went +0.258s quicker than Hamilton to snatch pole position.

One man in the paddock who was beyond happy with this achievement was Red Bull team principal Christian Horner. It’s the team’s second pole position of the year, and he thinks that this could mean Mercedes might be second-best for the first time in years.

“Well, it certainly gives us more confidence,” he told SkySports. “I mean, let’s see how tomorrow goes, but this circuit has been such a stronghold for Mercedes over recent years.

It’s so usual for these teams to take it as it comes and in public to never have any hope or show any emotion. But Christian is clearly so happy to be fighting for the championship again, and he just wants to beat the Mercs so badly!

“To see the whole team coming together as it is and putting this pressure on Mercedes is phenomenal.”

Max Verstappen was 0.258s faster than Lewis Hamilton, which is only because of a phenomenal job from Lewis. Before that, Max had the measure of the field by at least half a second.

“We’ve taken a bit of the downforce out of the car. You can probably see by the size of the rear wing between us and Mercedes.

We’re using less energy in sector two, so we are going faster down the straight because we have less resistance there, but we are still managing to do a very good time in sector three.

“That’s helping us to generate a competitive lap time around here, and hopefully, we will be good for the race tomorrow.”

Mercedes won the last couple of races at ‘normal’ tracks in Barcelona and Portimao, but Max managed to keep close, finishing in second.

Now it’s Mercedes’ turn to put on the pressure.

“Mercedes were very quick in Barcelona, and we are expecting them to be very competitive again tomorrow.

“I think the great thing for us this weekend is that we have Checo up there as well. You saw what a job he did in Baku two weeks ago, and having two cars in play gives you different strategic options. We are in good shape for tomorrow’s race.

“It’s important we get good starts, execute good pit stops, good strategy. We’ve got to do all the basics well. It’s phenomenal for the team to have both cars up there.”

Do you think Verstappen can keep Hamilton back during today’s race? 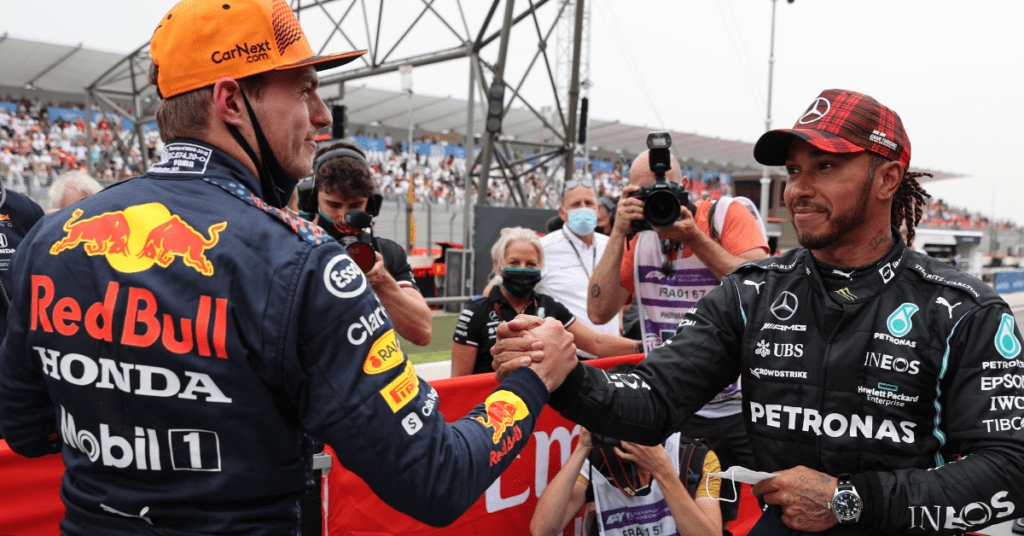