Hospitalised F1 Fans Can Now Meet Their Heroes Through Robots

We’re officially in the future! Flatscreen TVs with front-facing cameras were seen rolling through the Spanish paddock last weekend, allowing for hospital patients to meet with their favourite drivers and teams!

The robots are part of a new fan-engagement initiative that aims to make the sport as accessible as possible for fans who are not able to attend in person. At the Spanish Grand Prix, the robots were given to four F1 fans who are all currently receiving treatment in different hospitals around the world.

These AI robots have been giving special fans the chance to explore the paddock and interact with the drivers 😊#SpanishGP #F1 pic.twitter.com/2yFN82EVpD

The robot is controlled through their eyes and allows them to roam freely around the paddock! How cool is that!

One fan even got to have a chat with Red Bull’s Sergio Perez and Max Verstappen!

Another got to play football with Pierre Gasly and former FC Barcelona player Eric Abidal!

During the #SpanishGP, @F1 innovated by deploying two #telepresence robots to allow 5 english and french prevented fans:
🏁 to explore the paddock
👋 and of course, to meet all the #F1 drivers.

If that isn’t a dream come true, I don’t know what is!

With virtual fans now rolling around the F1 paddock, we can’t wait to see what comes next! 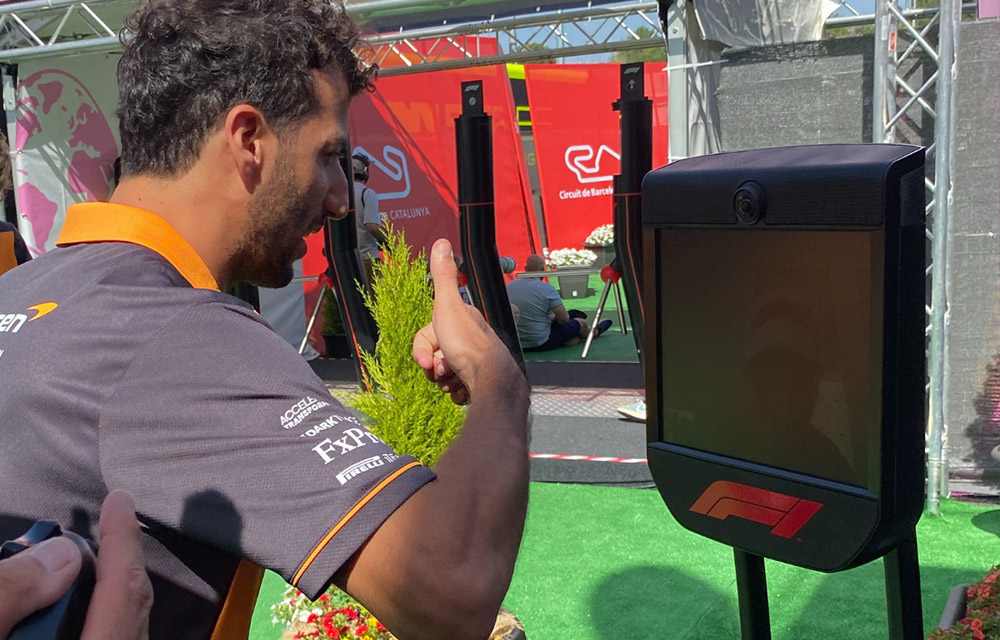