In the first half of the race, the two Toyotas looked quite closely matched. If anything, it was the No.7 car which seemed to have the slight edge, and that was compounded when Sebastien Buemi went a bit too quick in a slow zone during the 10th hour of the race. That earned the No.8 car a massive 60-second stop-go penalty and dropped them well over two minutes behind.

Then Alonso got in for a night stint. He started to chip away at the gap to the leader as Mike Conway and then Jose Maria Lopez did time in the No.7. But despite Alonso’s relative inexperience dealing with traffic at night and at Le Mans, he didn’t just steady the gap, but took huge chunks out of it.

Fernando was revelling in the conditions and the traffic, and was consistently three or four seconds a lap faster than the sister car – the sort of performance you’d expect from a seasoned Le Mans pro, not a rookie. He even had time to deliver a brilliant radio message:

“Tell me if you want another stint. I’ve got into the rhythm of the night!”

His request was denied (just the quadruple night stint for Fernando!) but he’d done a fine job. Actually, it was better than fine. When he got in the car, the gap to the leader was two minutes, 19 seconds. When he got out of it, it was 40 seconds.

Kazuki Nakajima took the car over and continued Alonso’s work, catching and passing the other Toyota at sunrise. By the team he got out, the lead was well over a minute. The overall pace was pretty hot and proved that the two cars were being allowed to race each other to some degree, but things soon unravelled for the No.7 car. Lopez had a brief spin, and late on Kamui Kobayashi missed the call to pit. He had to crawl around for half a lap to eke out his fuel and was then penalised twice – once for exceeding the maximum stint length, and again for taking on too much fuel during his stop.

All of that put the No.7 the best part of two laps down and allowed Nakajima to stroke it home whilst everyone worried about whether or not the car would run into some ridiculous issues. It didn’t, and the two Toyotas crossed the line side by side to take the victory it’s been striving towards for over 25 years.

And it’s a thoroughly deserved victory – not just for the team, but for all three drivers. Nakajima and Buemi both drove have been part of Toyota’s LMP1 programme since 2012. Both drove exceptionally – Nakajima especially has had a very impressive Le Mans week – and deserve every bit as much of the spotlight as Fernando. He wasn’t just the F1 legend and PR dream benefiting from a set of favourable circumstances: just as in 2015 when Nick Tandy performed a similar feat for Porsche, Alonso’s night moves will surely go down as one of those legendary Le Mans stints. Not bad for a rookie… 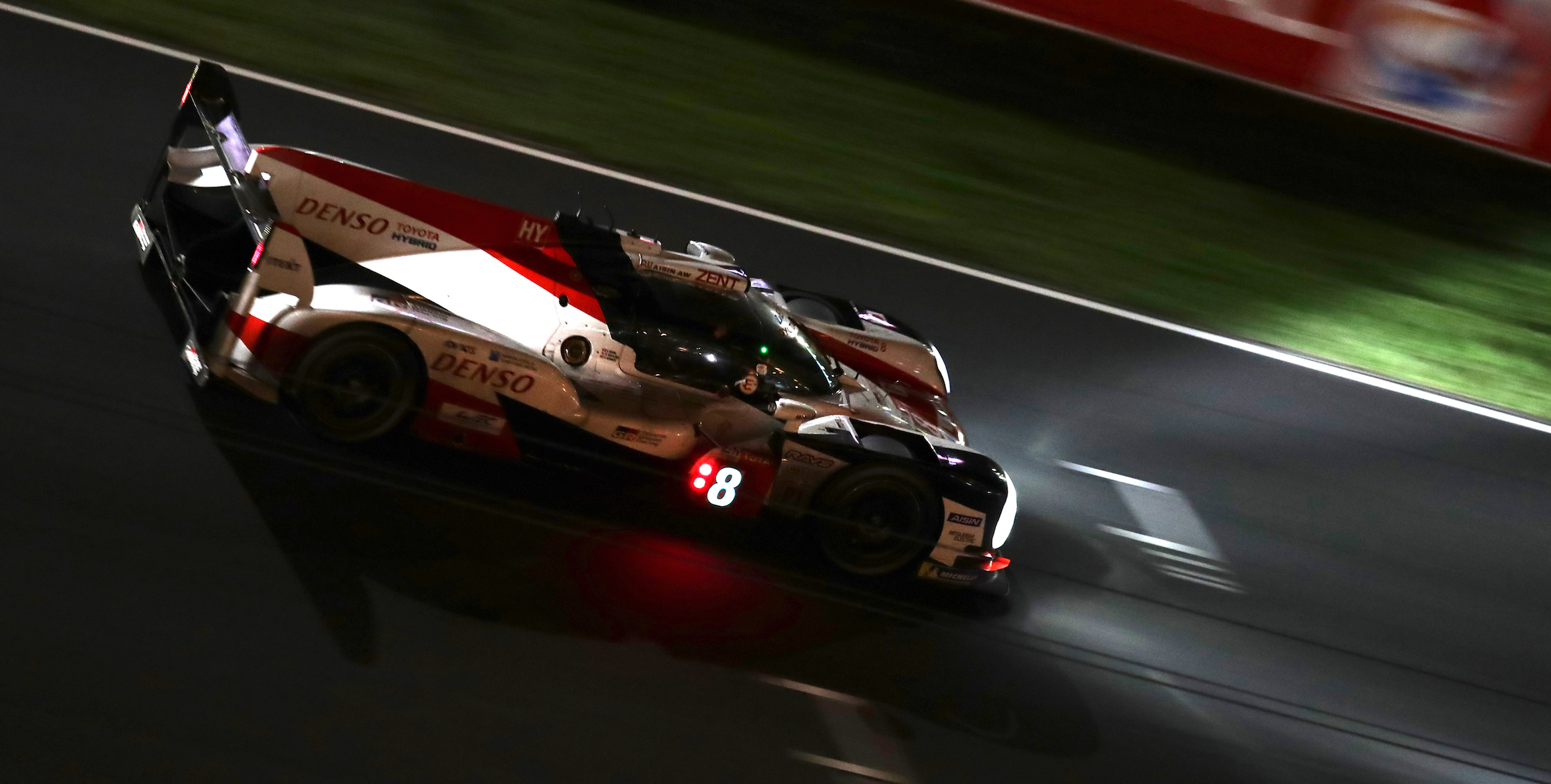