Larrousse was a small French F1 team that was always in a state of keeping its head bobbing above the water with financial difficulties a constant theme for the humble outfit.

But in 1990, there were big changes. Larrousse moved its headquarters to Signes in southern France, within touching distance of the Paul Ricard circuit. A Japanese company called the Espo Corporation purchased 50 per cent of the team, and the Japanese driver Aguri Suzuki would partner Frenchman Eric Bernard in the Lamborghini V12-powered cars.

Larrousse ended up being one of the shocks of the 1990 season. It was one of the non-established teams that had to pre-qualify for each Grand Prix to prove their pace and whittle out any cars so slow that it would disrupt the racing.

The Larrousse drivers managed to overcome this at each event and even scored points. In a field of forty drivers (including those pre-qualifiers), this was impressive from a minnows team on the brink of financial collapse.

The highlight of the season was by far Suzuki’s third-place finish in his home race at the Japanese Grand Prix. Suzuki finished the season 12th in the championship, one place ahead of his teammate.

In the constructors’ Larrousse ended the season in sixth place, beating more recognisable teams like Lotus, Leyton House, Brabham and Arrows. But here’s where their breakthrough season collapses.

After the 1990 season had concluded, the FIA noted a technical document that had been filled in incorrectly. Larrousse had accidentally claimed that it had built the LC90 chassis in-house, when in actual fact, Lola had constructed it. This simple administration error saw the team’s points tally cancelled, although the race results were allowed to stand (kinda like McLaren in 2007). One interesting detail is that the team was allowed to keep the prize money for sixth place, which adds some salt to the wounds of Lola who still claim that Larrousse never actually paid for the chassis’ that they built for them!

It wouldn’t matter in the end for Larrousse. The following year the team lost its Lamborghini engines and its funding from Espo, and bowed out of the sport in 1994 due to financial collapse. 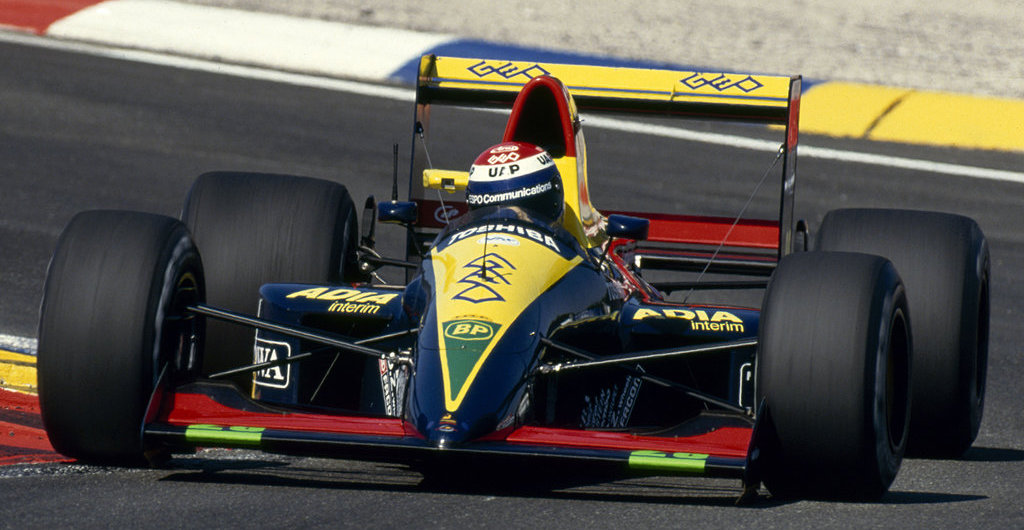