Everything was falling into place so nicely. Once Mercedes re-signed Lewis Hamilton and Valtteri Bottas it appeared to lock down the front of the grid. Ricciardo would stay at Red Bull and Ferrari only had to decide between Kimi Raikkonen and Charles Leclerc.

The midfield was still a little crazy, but rumours painted a rough picture of what seemed likely to happen. Esteban Ocon was moving to Renault, with Lance Stroll being placed at Force India alongside Sergio Perez as part of the process of saving the team. Carlos Sainz would move to McLaren to replace either Stoffel Vandoorne or – if he left the sport – Fernando Alonso.

The open seat at Williams would be taken by Mercedes junior and F2 championship leader, George Russell. Haas’ line-up would depend on whether Leclerc got the Ferrari seat – if not, probably he’d move up to replace Romain Grosjean. Either way, it would open the door for Antonio Giovinazzi to race for Sauber. Toro Rosso would drop Brendon Hartley, potentially replacing him with Lando Norris as compensation for McLaren poaching technical director James Key.

OK, so it’s still pretty complicated and (as with many rumours) there are plenty of holes, but it was a rough idea of what could happen. Ricciardo signing for Renault has blown that whole ‘plan’ apart.

Firstly, Red Bull has to pick a replacement for Ricciardo. Any suggestions that it would be Fernando Alonso are ridiculous (there’s more chance of Will Stevens getting the seat, frankly), so that leaves either Sainz or Pierre Gasly.

Sainz is the highest on Red Bull’s ladder, and his loaning to Renault was a contingency plan for a situation exactly like this. He’s the logical successor to Ricciardo, but there’s a problem. When alongside Max Verstappen at Toro Rosso it wasn’t the most harmonious pairing, and last year there was a bit of a rift between Sainz and Red Bull when Helmut Marko said the Spaniard needed to show more loyalty.

Gasly, on the other hand, has been a bit of a revelation. He’s had some stunning performances this year, has experience with the Honda power unit, and also a good relationship with the Japanese manufacturer. With Red Bull switching to Honda in 2019, that could give Gasly the edge when it comes to getting Ricciardo’s seat.

So, let’s assume Gasly gets the seat and Sainz goes to McLaren (which doesn’t seem that unlikely). That leaves a free seat at Toro Rosso – Norris still gets that, but the team hasn’t exactly hidden its desire to replace Brendon Hartley, so what happens there? Dan Ticktum won’t be able to get a super license in time and, judging by their F2 performances this year, neither will Honda juniors Nirei Fukuzumi and Tadasuke Makino. Another year of Hartley? Vandoorne if he leaves McLaren? …Robert Kubica?

Then there’s the Renault side of things. Ocon will likely stay at Force India, which closes off Stroll’s route to the team… unless it’s actually Perez who leaves, which would be unusual given the lengths he’s taken to try and save the team.

That means Stroll would probably stay at Williams with Sergey Sirotkin, leaving Russell without an entry point. The Ferrari-powered teams would probably be completely unaffected by everything, but given the twist the Aussie delivered, you wouldn’t put anything truly out of reach for the 2019 driver market.

The point is that Ricciardo’s move doesn’t just affect Red Bull and Renault. Force India, Toro Rosso and Williams could all feel the knock-on effect, as could McLaren – although any changes there looked likely to happen regardless.

Confused? Yep, us too. With that in mind, here’s a TL;DR version of what moves could be made.

It’s also worth bearing in mind that rumours are silly and quite often come to absolutely nothing – something the Ricciardo move has proved perfectly. 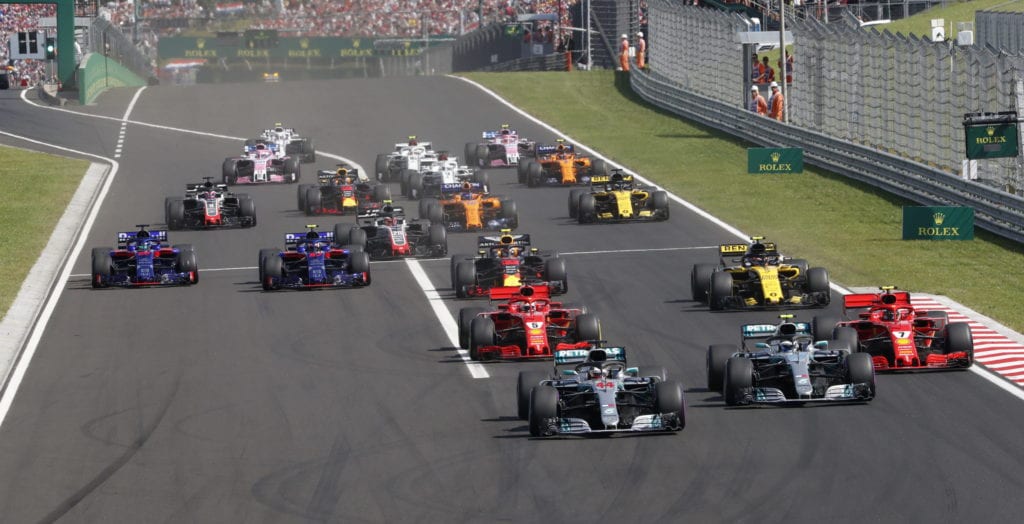