How Giovinazzi’s Drive In Monza Saved His F1 Career

13 races into his first full F1 season and Giovinazzi had been having a tough time of things. He’d scored just one point compared to teammate Kimi Raikkonen’s 31 and had only outqualified the Finn on four occasions.

The lowest point came at Spa. He’d actually driven a brilliant race – having started 18th, he ran as high as sixth at one point and was running ninth with three laps to go when he made an unforced error and crashed out at Pouhon. With silly season in full swing and teams firming up their driver line-ups for 2020, it was not an ideal time to throw away a result.

He turned things around on home soil at Monza to finish ninth, and then incredibly led at Singapore before eventually ending up 10th – and was also the lead Alfa driver on both weekends.

Although Alfa Romeo lost its way with the car at the end of the season, Giovinazzi continued to perform much closer to Kimi’s level and after the US GP was confirmed to stay on into 2020. However, speaking to Autosport, Alfa team boss Frederic Vasseur confirmed that Giovinazzi came close to losing his drive off the back of his Spa brain-fart.

“It was a big shock for everybody in the team because it was a good opportunity. Antonio came back from nowhere and on one of the last laps he had the crash.

“We had a tough discussion with Antonio, because these kind of things can decide your career. We were thinking about the future. We had to sit down the week after and we had to discuss about the situation, and he had a very good reaction.”

The ability to bounce back from tough situations and not spiral into even worse performances is something that even experienced and successful drivers can struggle with, so the way Giovinazzi responded over the following races was impressive – and according to Vasseur, it was enough to convince the team to give him another year.

“[There was] a lot of pressure [at Monza], tons of guests, Alfa Romeo’s home race, he will have the press conference so plenty of questions about Spa. OK, so now it’s time to react. I think he did a very good job, the pressure was there. In Monza and Singapore he did well – it was good to have Antonio leading the race. It was a very good reaction.”

“In my mind it was very important how Antonio reacted in Monza. That was the real push.”

One person who probably wasn’t happy to see Giovinazzi pull his finger out and up his game was Nico Hulkenberg. Left without a drive following the announcement that Renault would replace him with Esteban Ocon and Haas surprisingly sticking with the same two drivers for 2020, taking Giovinazzi’s seat at Alfa was his last real option.

However, you get the sense that for Giovinazzi, the really tough work will come this season. Being close to Raikkonen won’t be enough. If he wants to convince Alfa Romeo (or indeed any other team) that he’s good enough to continue, he’ll have to start leading the team and regularly beating Kimi – no young driver wants to be shown the way by someone in their 40s. If he doesn’t improve, you can bet Ferrari will be keen to put one of its other young prospects – like Mick Schumacher or 2019 F3 champion Robert Shwartzman – into the car. At that point, Giovinazzi will be hoping for Kimi to retire so that he can stay. And if that doesn’t happen then outside of a long shot with a team like Haas, his F1 career could stumble to a halt. 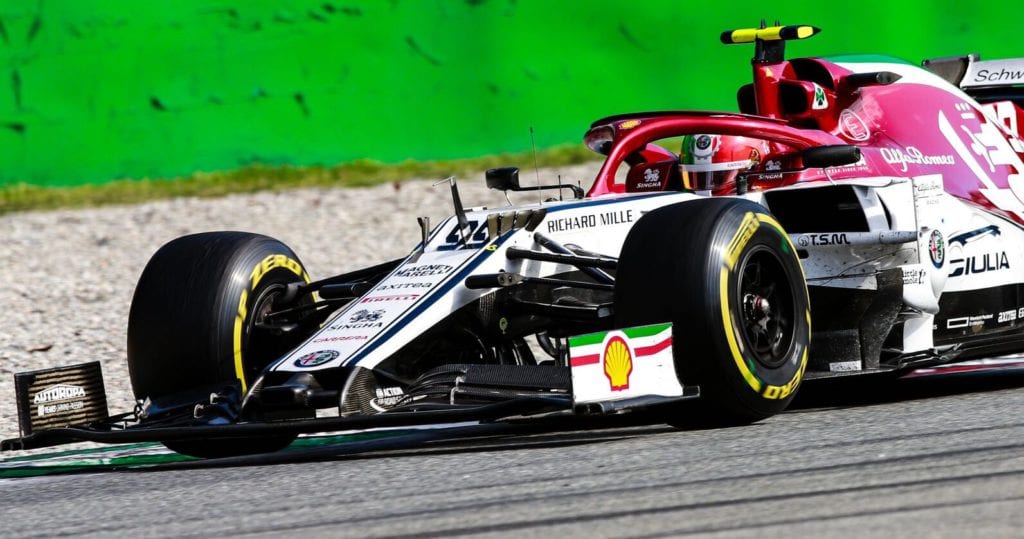