After a tense weekend both on and off track, Lewis Hamilton secured victory in Sao Paulo from tenth on the grid. It’s the furthest back that a race has ever been won from at the Interlagos circxpuit 👏

Here are some of the top statistics from the 2021 Brazilian Grand Prix!

HOW MANY RACES HAVE BEEN WON FROM P10?

What a rollercoaster weekend for Lewis Hamilton. He qualified fastest on Friday before being disqualified for a DRS infringement. Starting last in Sprint Qualifying, he made up 15 places to finish fifth. With another five-place penalty, he eventually started the Grand Prix from tenth – and went on to win.

What a drive from Lewis Hamilton 👏

This was the eleventh time that a Grand Prix has been won from tenth on the grid. The last driver to win from that grid slot was Pierre Gasly at last year’s Italian Grand Prix.

Hamilton’s victory is the third from tenth on the grid in the past five seasons. It’s also the position from which Daniel Ricciardo won the 2017 Azerbaijan Grand Prix. 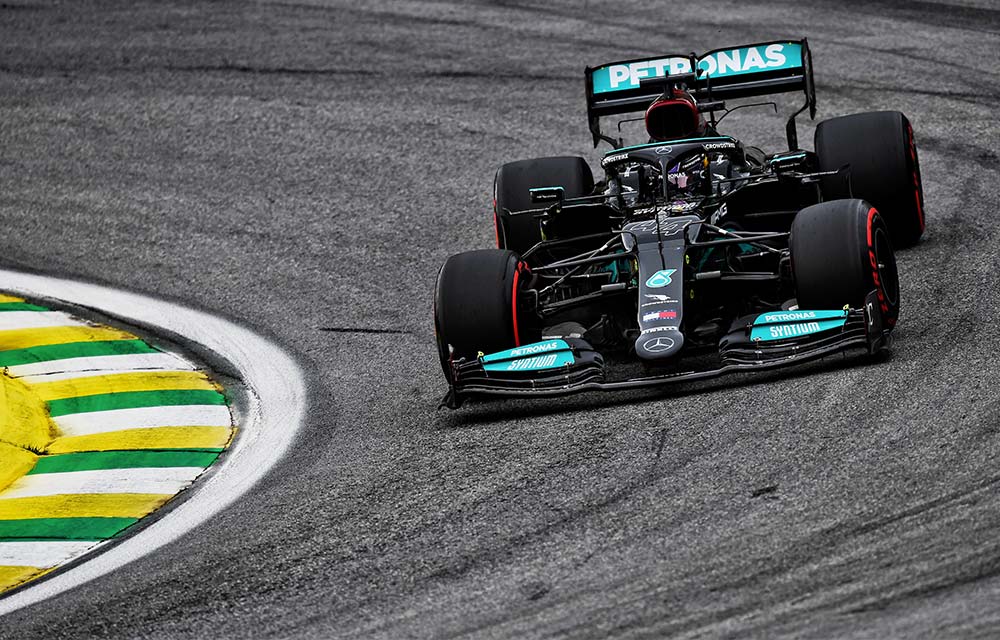 The full list of wins from 10th on the grid is as follows:

THE FURTHEST BACK GRID SLOT TO WIN AT INTERLAGOS

Hamilton’s win is the first time a driver has won at Interlagos having started outside the top eight on the grid. The previous furthest back win here was for Giancarlo Fisichella in the 2003 Brazilian Grand Prix. The Jordan driver took his maiden victory, having started eighth on that day.

Furthermore, this is the first time that the Brazilian Grand Prix was not won from the front row of the grid since 2007. In fact, since Fisichella’s 2003 win, this is only the second time that victory was not recorded from one of the top two grid slots. 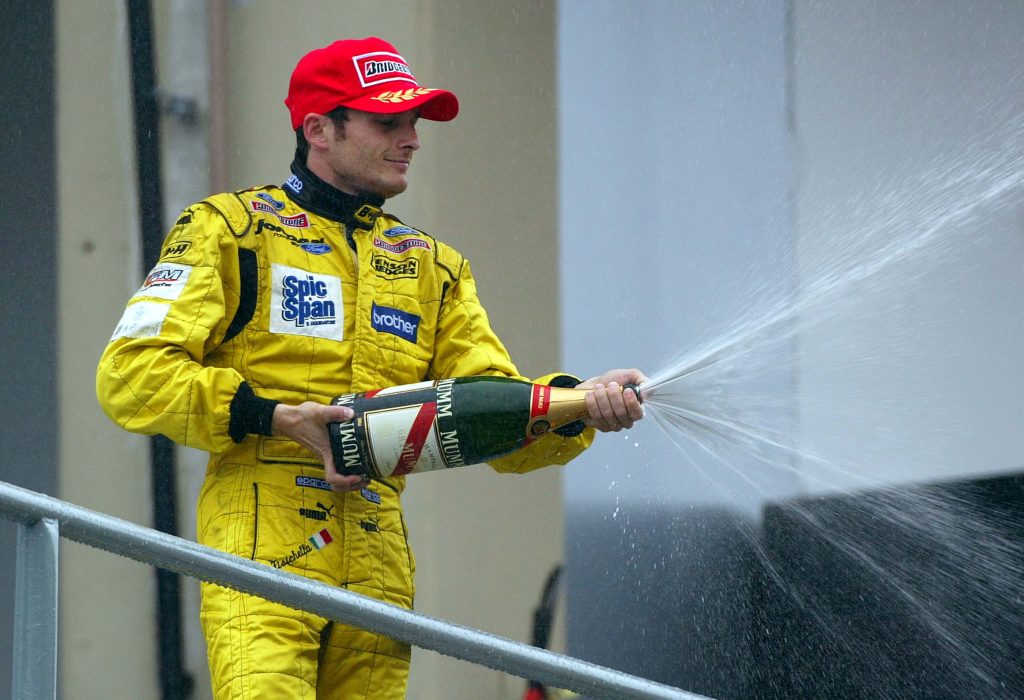 A NEW RECORD FOR MERCEDES POWER

Lewis Hamilton secured the tenth victory for a Mercedes-powered car at Interlagos. It’s a new outright record of most wins for an engine manufacturer at the circuit. Prior to this year, Mercedes were tied with Ferrari and Renault engines on nine wins each at the track. Mercedes power has won six of the last nine races in Sao Paulo.

All the feels this morning! 🤗 pic.twitter.com/ohjZclC0kd

Mercedes engines don’t quite have the record for most wins overall in Brazil, though. Ferrari power has secured eleven victories in the country. In addition to their nine wins at Interlagos, Ferrari took an additional two wins at Jacarepaguá when the Rio de Janeiro track was the host of the Brazilian Grand Prix between 1978 and 1989.

Daniel Ricciardo failed to finish the Brazilian Grand Prix after suffering a loss of power and was Ricciardo’s first retirement since the first race of the 2020 season. 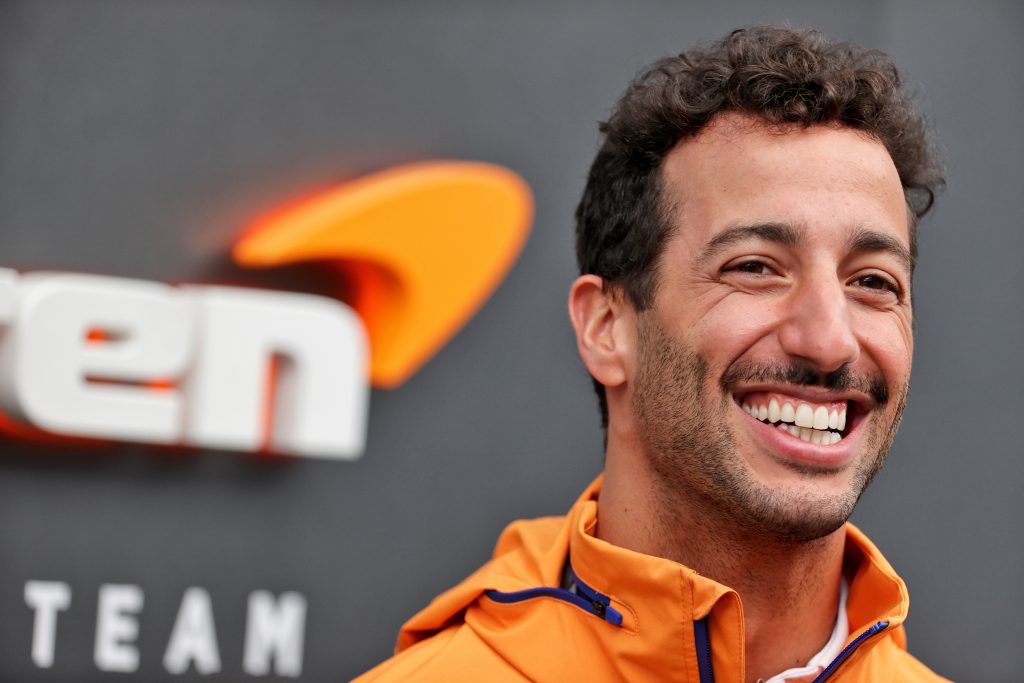 Carlos Sainz now has the longest active finishing streak, having reached the chequered flag at all of the last 26 races.

In better news for Ricciardo, the McLaren driver surpassed Nico Rosberg as the driver to have started the second-most consecutive F1 races. The Honey Badger has not missed a race since his debut at the 2011 British Grand Prix. The 2021 Brazilian Grand Prix was his 207th consecutive appearance. Again, it’s only Hamilton who sits ahead of Ricciardo on this list. Ricciardo needs to start another 58 races to equal Hamilton’s record of 265 consecutive starts, between the 2007 Australian Grand Prix and the 2020 Bahrain Grand Prix!

Did you spot any other interesting statistics from the 2021 Brazilian Grand Prix? Leave a comment below! 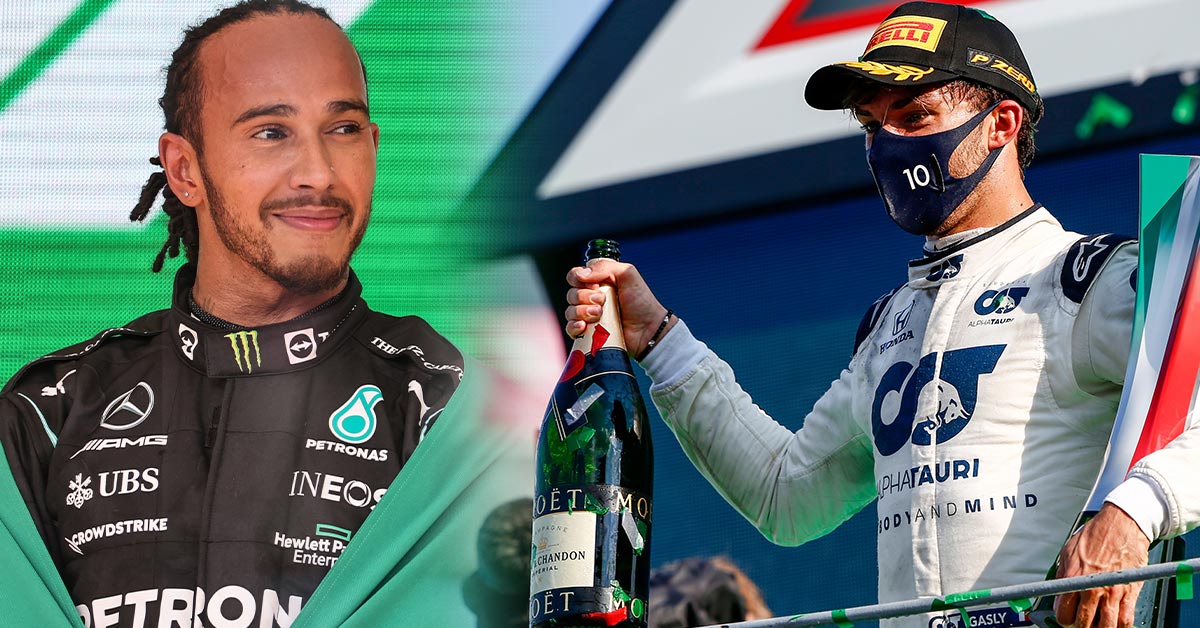