How Many Titles Would F1 Drivers Have If Monaco Was Worth Half a Championship? – WTF1
Skip to content
×
Formula 1

How Many Titles Would F1 Drivers Have If Monaco Was Worth Half a Championship?

Enzo Ferrari once said that the Monaco Grand Prix was so important and so prestigious that winning it was worth half a world championship. But if F1 drivers really were awarded half a championship (however that might work!) for each Monaco victory, how would that impact the order of drivers with the most titles?

Michael Schumacher would still have the most. Being a five-time Monaco winner, that takes him to a massive 9.5 champion. In fact, it only makes him more successful in comparison to everyone else, because next up comes three drivers level on ‘only’ six championships.

Ayrton Senna’s record six Monaco victories doubles his championship count, taking him to six, whilst he’s joined by arch-rival Alain Prost, his four victories also taking him to six titles. Those two being level kinda seems right, doesn’t it? That being said, Prost’s 1984 win was in a race which was stopped before half distance and only awarded half points. Therefore, should he only be given a quarter of a championship for that one, putting him on 5.75 titles…?

Joining Prost and Senna is Juan Manuel Fangio, his two Monaco wins giving the great Argentinean an extra championship. Next up? Sebastian Vettel and Lewis Hamilton, their two Monaco wins apiece giving each of them a fifth title.

Graham Hill – or ‘Mr. Monaco’ as he was known – won the race five times, catapulting him up the list and giving him 4.5 championships, the same as three-time Monaco winner Jackie Stewart, who would also be a 4.5-time champion under this system.

Niki Lauda goes from a three- to four-time champion, putting him ahead of Jack Brabham, whose sole Monaco win leaves him alone on 3.5 titles.

Under this system Fernando Alonso would also get the extra championship he’s been after for over a decade. Mika Hakkinen’s sole Monaco victory would take him to 2.5 titles, whilst Nico Rosberg also becomes a 2.5-time champion thanks to his three wins. If he’d done the same thing and retired after winning his first one, Mercedes would have had to hurry to find a replacement for him mid-way through the 2014 season – we’ll leave you to speculate on who that might have been…

Jody Scheckter is another man who’s Monaco victories would significantly boost his standing, taking him from one championship to two. Rounding out the list are the one-time champions who won Monaco once: Denny Hulme, Jochen Rindt, Keke Rosberg, Kimi Raikkonen and Jenson Button would each have 1.5 championships. Every other world champion not yet mentioned never won at Monaco and so would get any extra titles (or half-titles) under this system.

So, that’s the champions covered, but what about the drivers who never won an actual championship? Stirling Moss is widely regarded as one of the greatest F1 drivers of all-time despite never taking the crown, but his three Monaco successes change all that, making him a 1.5-time champ.

There are three other non-champions who won Monaco twice, giving them the status of full-blown title winners – Mark Webber (winner in 2010 and 2012), David Coulthard (2000, 2002), and Maurice Trintignant (1955, 1958). In fact, for Trintignant, those were his only two F1 victories – not a bad couple to win since according to Enzo Ferrari’s logic, two Monaco wins add up to a full championship!

Then there are all the one-off Monaco winners who’d end up with half a championship. We’re not going to list them, though, because otherwise, you’d be here reading this for ages. Still, ‘Olivier Panis, Formula 1 world half-champion’ has a certain ring to it, don’t you agree? 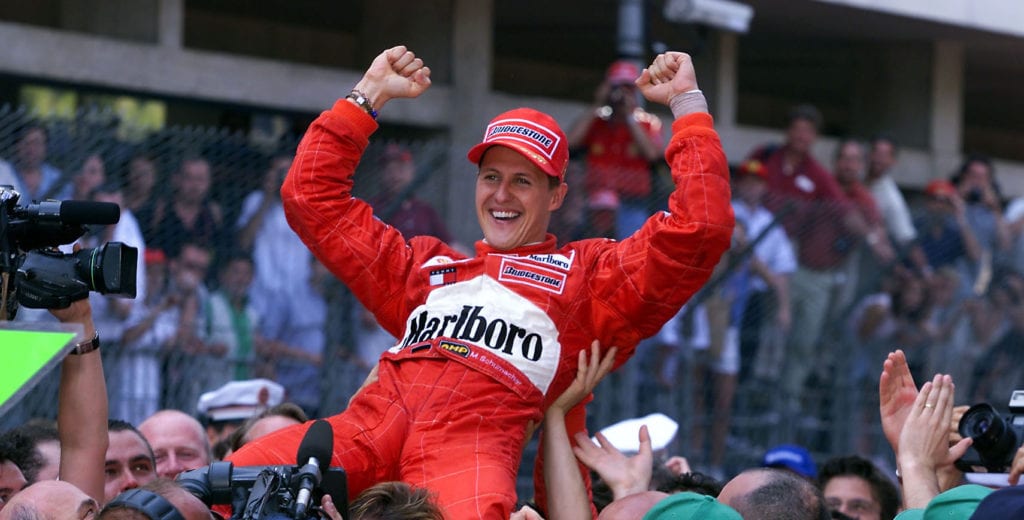