How Often Does The Driver Leading The Championship In The Summer Break Win The Title? – WTF1
Skip to content
×
Formula 1

How Often Does The Driver Leading The Championship In The Summer Break Win The Title?

Lewis Hamilton’s 24-point championship lead over Sebastian Vettel heading into this year’s summer break seems like a handy advantage to have. But does it make him statistically likely to win the championship? We took a look back over the past 17 seasons to see what happened.

In the 17 seasons since 2001, on 11 occasions the driver leading into the summer break has won the title. Case closed, it’s statistically likely Hamilton will win this year, article over. Right?

Of those 11 occasions, eight came from the period from 2001-2009. Only in 2007, when Kimi Raikkonen was 20 points down on championship leader Hamilton, was the gap overhauled. That’s probably down to a number of factors, mainly that many of those championship ‘battles’ were quite one-sided – Michael Schumacher in 2001, 2002, and 2004, Fernando Alonso in 2005, and Jenson Button in 2009.

The clever clogs among you will have worked out that means that since 2010, the summer break title leader ended up losing out by the end of the season on five occasions – including last year.

The three times they carried it through to the end were, again, fairly dominant seasons – Vettel in 2011 and 2013, and Hamilton in 2015, his most comprehensive victory over Nico Rosberg.

As for the losers? In 2010, Vettel turned a 10-point deficit to championship leader Mark Webber into a 14-point lead by season’s end. Alonso was a whopping 42 points ahead of Vettel in 2012 and lost by three points In 2014 Nico Rosberg was 11 points up on Hamilton yet lost the title by 67 points (thanks to double points). That was flipped around in 2016 when Hamilton led by 19 points and lost by five, and last year Vettel squandered a 14-point advantage to lose by 46 points (and didn’t even take it to the final race).

So, what does it mean? Well, nothing – like a lot of F1 statistics, they’re essentially meaningless when it comes to making predictions because each season is almost entirely irrelevant when compared to other seasons. However in this case, the stats do show that during this decade, the driver who’s behind in the championship at this stage does win the title more often than not.

Drivers have also overcome bigger gaps than the 24-points currently separating Hamilton and Vettel. In other words, it’s still all to play for. You knew that already, though, so you might be wondering what the point of this article was. It’s simple: stats are fun!

Here’s the raw data for you to look at and draw your own conclusions from, if you’re interested (drivers mentioned in brackets were second in the championship heading into the summer break that season.)

Have you spotted anything interesting? Let us know in the comments! 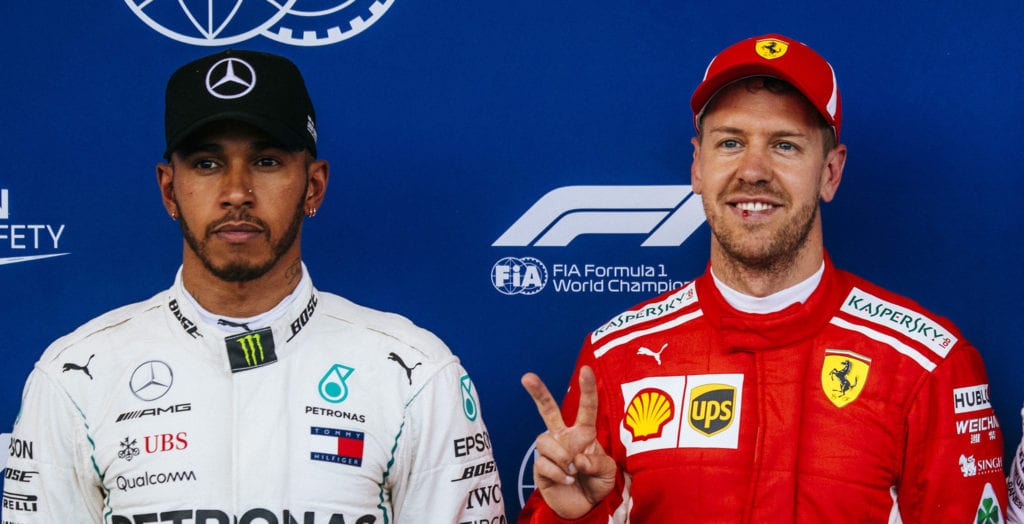