Although Ferrari has had some incredibly strong moments in 2019, more often than not the team’s story has been about the drama and confusion which leaves you wondering how a team as big and as successful as Ferrari can get things so wrong.

In Abu Dhabi, several of those came together to happen over the same weekend, resulting in… well, a grand prix to forget.

First, there were the practice incidents. Sebastian Vettel binned it at Turn 19 in FP1 and then in the next session, Charles Leclerc made a similar error which he was lucky to get away with.

Come qualifying, Vettel then doubled up on the error count with a thoroughly bizarre spin coming out of the last corner as he went to start his first flying lap in Q1 – the kind of mistake you wouldn’t even expect from a rookie, let alone a four-time champion.

By the time of qualifying, the Yas Marina circuit has also shown that it was going to magnify the traits of the SF90. Utterly mega in a straight line and quickest in sectors one and two, but so bad in the slow, tight, and twisty final sector that they were closer to the pace of McLaren and Renault than they were to Max Verstappen or the two Mercedes.

And yet, somehow, Ferrari still messed up their qualifying session. Apparently waiting for ‘optimal track conditions’ (like that was going to find them over half a second), the team sent out Vettel and Leclerc as late as possible. However, the queue of traffic at the end of the lap ended up being so slow that Vettel had to start his lap with cold tyres, while Leclerc didn’t get to start his final lap at all.

Then, the race. Except, we didn’t even get to the race before we saw another Ferrari blunder. A fuelling discrepancy was discovered by the FIA just before the start of the race which saw Leclerc racing under threat of penalty, or perhaps even disqualification. Thankfully for Ferrari the result was just a fine, but it’s the sort of operational error which you simply don’t see from other teams.

That sort of carried on into the race. Teams will often double stack their cars in the pit lane if there’s a safety car or change of conditions, where the risk of losing time due to pitting both cars at once is worth the potential gain over leaving one of them out on the track. We had neither of these in Abu Dhabi, yet on lap 12 Ferrari decided it would be best to pit both cars at the same time. Leclerc’s stop was fine, but with Vettel coming in straight after there were a few delays and fumbles and his stop was a few seconds slower.

What makes it even stranger is that Leclerc and Vettel should have been on totally different strategies; Vettel started on the soft tyre and Leclerc on the mediums. Why did Leclerc have to pit so early? At the time, he was running second and seemingly comfortably maintaining the gap to Verstappen behind him. Hamilton was never going to be beaten, so surely all Ferrari had to do was mirror the strategy of Verstappen to give Leclerc a fighting chance of keeping his position.

Ferrari may well have been concerned about tyre wear, but with DRS not working at that point of the race, surely the risk of letting him run longer would have been tiny – especially as plenty of other drivers were able to make the mediums last well over 20 laps. As it was, Ferrari’s strategy effectively ensured that at some point, Verstappen would be catching Leclerc on fresher tyres, and that’s exactly what happened – Verstappen pitted on lap 26; six laps later he made the move for second.

Ferrari was now left in a position where Leclerc would have to run slowly to the end on worn-out tyres, with Bottas flying behind him on reasonably fresh hards. It seemed obvious to pit again to try and cover the Mercedes off, and it was – to Leclerc. Not for the first time this season, we were treated to the sound of a Ferrari driver coming on team radio to tell his team what strategy they should be doing. Sure, other drivers in other teams will offer their thoughts on when they should pit, but at Ferrari it happens with such regularity that you wonder if their strategists are actually following the races.

It can’t be a good thing for the drivers to have to constantly question what strategy they should be on. Hamilton regularly tells his team that he’s unsure whether they’re doing the right thing, but he never dictates strategy – the trust is almost always there Mercedes knows best and that it will work out in the end – and usually, it does. That same level of trust cannot exist at Ferrari.

The only thing we were really missing from the bingo card of Ferrari’s failings was a kerfuffle over team orders, but that was only allowed to happen because of another Ferrari disappointment – an off-form Sebastian Vettel.

At most races this year he’s been fine – even when he’s been outqualified by his teammate, he’s come back strong on a Sunday. But a few times this year (Bahrain, France, Belgium, and Italy for instance) he’s just been nowhere. Abu Dhabi has been another one of those weekends.

From the spins in practice and qualifying to his inability to pass Verstappen on the soft tyres in the early laps and the fact he finished 21 seconds behind his teammate, the whole weekend it just seemed like he didn’t want to be there.

That was backed up by some very negative radio messages, including a return to moaning about backmarkers and a bizarre complaint that he had to take avoiding action in a battle with Alex Albon. After the race, he summed up 2019 by saying that he “must do better” next year – and he’s not kidding. Over the course of this season, you’d have to say that he’s been fairly evenly matched with his young teammate, but the pendulum is swinging in the other direction. As Leclerc becomes more consistent and irons out his mistakes, Vettel seems to be staying at the same inconsistent and error-prone level he’s been at for the last couple of years.

If 2020 ends up being more of the same, I wouldn’t be surprised to see Vettel pack it all in. Because if Leclerc emerges as the consistently better driver, Ferrari won’t hesitate to make him their number one driver – and Vettel isn’t exactly the kind of driver to just accept that fact in order to prolong his career.

OK, so Abu Dhabi was a bad way for Ferrari to end a generally bad season, but there have been high points. Leclerc is of course one. During the season he’s made mistakes, but it seems he’s started to iron them out to become a more complete driver. Initially, he seemed like a bit of a push over in wheel-to-wheel combat, now he’s become a very tough competitor – which you need to be with guys like Verstappen and Hamilton around.

And for all of his faults, on his day Vettel is still very obviously one of the very best drivers in the field. If both drivers are performing at their best, you could easily argue that it has the best line-up of any team on the grid.

The concept of designing a car which is very strong in qualifying has also shown it’s merit – to a degree. The SF90 was very rarely the fastest car in race trim, but by qualifying at the front was able to control strategy and take wins (also thanks to some superb driving). There should have been more than just the three victories but for misfortune in Bahrain, Russia and Canada (yes, I’m still salty about that penalty and although Vettel ultimately did make an error, the punishment absolutely did not fit the crime).

Mattia Binotto has also been a breath of fresh air as the team principal. No longer is Ferrari the moody teenager that doesn’t want to talk to anyone, but is instead happy to open up to the media and be a bit more transparent.

Ferrari is nearly there. It knows how to build a car that can beat Mercedes and Red Bull. It has two incredible drivers. But operationally, they’re still some way behind their rivals. Small issues snowball and have a knock-on effect that causes problems down the line.

There’s no reason why they can’t seriously challenge for the championship next year. But if they want to get on top of Mercedes and Red Bull, first they’ll have to get on top of themselves. 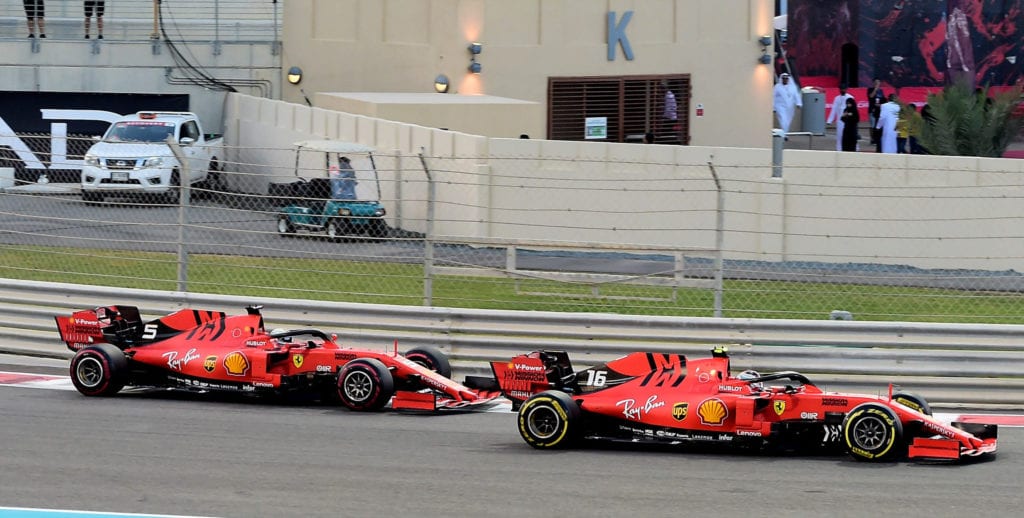