How Vettel Made The Difference With His Strategy In Singapore

For the front-runners, the Singapore GP was all about picking the right time to pit. Too early, and you risk coming out in traffic, so slow was the pace in the early laps. Too late and you risk being undercut by those on fresher tyres.

Just before his stop, Vettel was a good few seconds behind Charles Leclerc and so, with the undercut expected to be strong, the team opted to bring him first in an attempt to put pressure on Hamilton – and also to potentially cover off Max Verstappen behind.

However, the undercut turned out to be rather more effective than anticipated and saw Vettel jump ahead of Leclerc to take a net lead – something which took Ferrari very much by surprise. Binotto told Motorsport.com:

“It [the undercut] was 3.9s, we were not expecting such a big number,” he said. “As a matter of fact when we stopped Sebastian, we thought that Charles stopping a lap later, he would have remained ahead of Sebastian. Sebastian drove well, the undercut has been 3.9s, and that’s the fact.”

“Normally we are always giving the advantage to the car ahead, but in that case you will not stop Charles first. He was leading the race. He would have been in traffic. It would have been a completely different move.

“Also, Verstappen was ready to stop. We knew that. And the best way to protect Sebastian’s position was to stop him, and make sure he as well that the following laps at least the pitstop crew was free for Charles’ pitstop.

So, everything made sense to the team at the time. Sure, Vettel was fortunate that things worked out the way they did, but he also played his own part in being able to snatch the lead. Presented with the opportunity of clean air, a fresh set of tyres and a track he’s always been a bit good at, Vettel grabbed his chance with a sensational outlap.

As Karun Chandhok highlighted after the race, Vettel’s outlap was significantly faster than any of his rivals could manage, despite having the slowest first sector (which typically indicates a slower pit stop/pit exit time).

Fascinating strategic Race… Charles should have won it, Lewis could have won it, but Seb won! His blistering pace on the outlap surprised even Ferrari who didn’t expect him to emerge in front of Charles. Merc should have got Lewis in on lap 19 but missed chance to undercut LEC pic.twitter.com/C6G9KDbFcE

Yup, that’s over nine-tenths faster than Leclerc managed. Binotto mentioned that Vettel gained 3.9 seconds by pitting first. It would seem that three seconds of that was the natural advantage of the undercut. The remaining 0.9 seconds? That was all Seb.

And given how close Leclerc was behind him when he emerged from his stop, that might have made all the difference.

So, was it a lucky win that Leclerc was shafted out of? Well, you can’t argue against Leclerc being a bit unlucky, but Vettel did what all great racing drivers do – saw an opportunity and grasped it.

Think of it this way – if Verstappen (for example) had been the one to pit first, gain chunks of time with the undercut, take the lead and hold on to win, we’d be hailing it as a super drive, not belittling it because it was gained through strategy. Admittedly, the dynamics of the situation between Leclerc and Vettel are a little different because they’re teammates. But at the end of the day, the driver who won the race made the most of the situation he found himself in – and you can’t begrudge Vettel that, especially considering the external pressures on him following his recent races.

Interestingly, Binotto did mention that the team considered swapping the positions to give Leclerc the win but opted not to, something he felt was “the right choice”.

Could Ferrari have pitted Leclerc first and dropped him into the same gap Vettel was in? Almost certainly yes, and it would have been a move which all but guaranteed Leclerc the win. However, it would also have put Vettel at risk of losing a place to Verstappen. By pitting Vettel first, the team created an opportunity for a one-two – which is exactly what happened, just not in the order Ferrari was expecting.

Do you think Ferrari made the right decisions? Let us know in the comments. 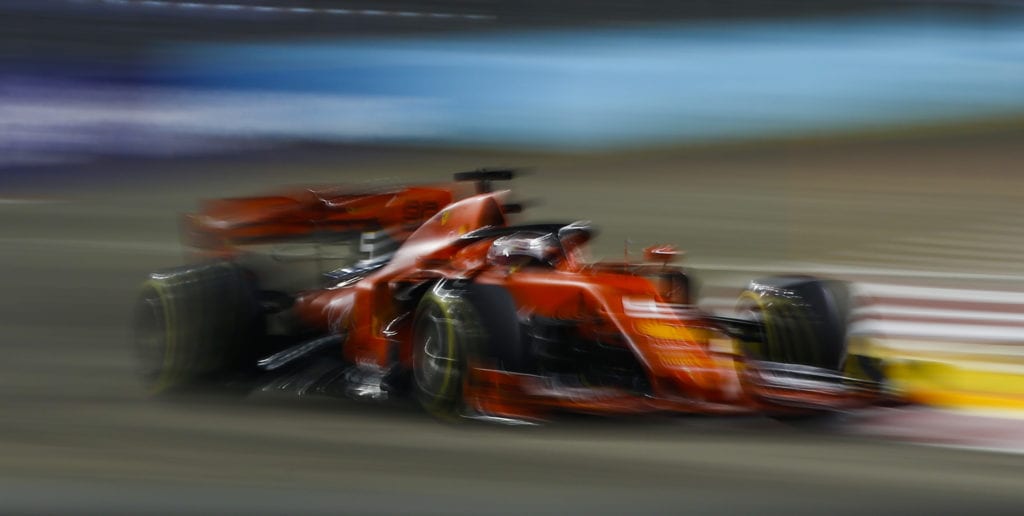